COVID-19: We're open for business and operating as normal. Find out more here

A Touch of Stone

Bridging the gap between Time Tracking and Payroll

Richard Gil is a seasoned HR professional who leads a payroll team at Stanford Healthcare. His team is responsible for the timely and accurate payroll processing for over 16,000 employees.

Twice a month, he would help run payroll for his father’s 14 person stone fabrication shop, A Touch of Stone in San Jose, Califorina. Without the proper technology in place, Richard struggled with his father’s payroll, and felt that it was more complicated to run payroll for a 14 person company than to 16,000 hospital employees.

Initially, Richard thought he could easily step in and handle the payroll responsibilities for his father, especially since he had so much experience in the payroll industry. He quickly found that there was a disconnect between the time-tracking and payroll process that often resulted in excessive time spent processing exceptions and corrections each week. The business was relying on outdated systems and the accuracy of employees to record and remember their weekly hours.

Outdated systems and a cumbersome payroll company resulted in wasted time, inaccurate reporting and constant corrections. Rich became constantly frustrated with the corrections and exemptions that needed to be made AFTER payroll was already processed.

The disconnect between time-tracking and payroll started with the outdated time-tracking system. A Touch of Stone still relied on a time clock system on the wall at the main shop, where employees would manually clock in and out each day. The discrepancies occurred when employees would begin their day at a job site, not able to manually clock in at the shop. The hours were based on their accurate recollection of how much they worked that day or might be missed on the payroll altogether. Rich, two weeks after the fact, would be trying to track down employees to confirm the hours they worked and the accuracy of the time sheets. The reliance on employees also encouraged hourly padding and buddy punching, which led to inaccuracies in time-tracking that was costing Rich’s father money.

Rich was spending hours each week tracking down employees trying to confirm hours worked or make exceptions and corrections to the payroll that was already processed. He would compile the timesheets and send them into the payroll processing company, whose software was unwieldy and inconvenient to use. Rich often found himself on the line with the support team to address persistent issues he had while trying to complete payroll. And that’s just with the software. The company also didn’t allow them to get granular reporting and they couldn’t see how payroll was allocated from workers compensation premiums to insurance to taxes. This gave Rich’s father no insights into where his money was going each pay period.

Throughout all of these issues, Rich was trying to stay in communication with his father and the employees to make sure everything matched. Working remotely, away from the business, proved more difficult than he imagined. All of these hindrances evolved into a burdensome task that absorbed a significant amount of his time. After all, he was simply trying to use his payroll knowledge to help out his father.

"The payroll system we were using from Wells Fargo was cumbersome and I spent a lot of time calling into the support line to correct mistakes.”

Out with the old, in with the new

When the company switched to Hourly, Rich instantly realized the impact this would have on his father’s business. His days of chasing down employees and processing corrections are now over. With Hourly, Rich can see employees on the clock in real-time so any mistakes can be fixed immediately. Through the mobile functionality, employees can clock in from their smartphones to log their time directly from a job site, cutting down on mistakes and misreporting of hours.

The mobile interface allows Rich to see what’s going on in real-time, no matter where he is. He and his father can check the system at any moment so that they’re both on the same page when it comes to time tracking and payroll, and they can watch the costs calculate in real time, as employees are on the clock. At the end of each pay period, Rich can process payroll at the press of a button, with the confidence that everything is correctly reported and calculated. The streamlined system that integrates both time-tracking and payroll significantly cut down on the amount of time that Rich spends helping his father’s business.

"I have experience working in payroll, and I found Hourly’s interface to be simple and intuitive. This is a game-changer for small businesses and how they record time and process payroll."

Tony, the business owner, was reluctant to make the switch to Hourly, but once he made the change to the automated time-tracking and payroll process, he understood the difference automation can make. Hourly has real-time reporting functionality that allows Tony to know exactly how much the business is paying in wages, taxes, insurance and workers’ compensation down to the penny. This gives him better insights into job costing and it helps him to price out future jobs more accurately than ever before. He knows exactly how much is spent, allowing him to predict the costs of how he runs his business.

The workers’ compensation feature calculates in real-time how much he owes in premiums based on how much his employees work. That level of accuracy gives him enhanced insights that he could have never gotten from his old system.

“Hourly is changing the way I do business, giving me great insights into how much each job costs. This is hands down the best decision I’ve made.”

Get Started Now Be up and running in minutes 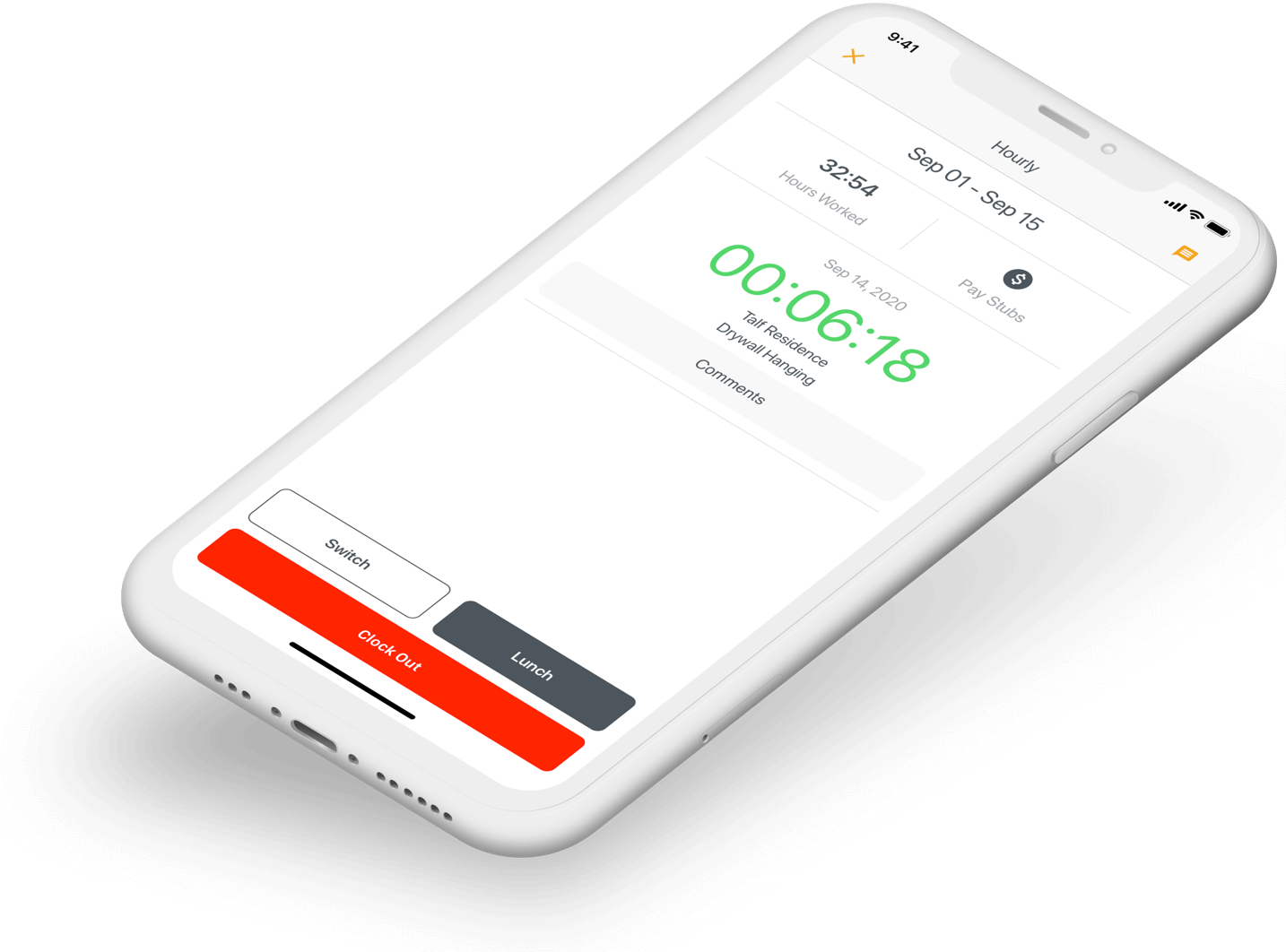