To the layperson, "reinsurance" sounds like a made-up word that possibly signifies what happens if you accidentally pay your premiums twice in one month. But that's not what it is—and yes, it is a real thing. So what is it? Reinsurance is sometimes referred to as "insurance for insurance companies." It's when one insurance company is insured by another for risks or policies they can't cover on their own.

Let's say a rash of wildfires hits a large urban area in the Pacific Northwest. Billions of dollars of damage is done, and insurers in the area are suddenly hit with a tidal wave of insurance claims being filed all at once.

Even the most solvent of companies might find itself in trouble in this kind of situation. All insurers are required to be financially stable, and are graded by watchdog agencies such as AM Best and Moody's to ensure that they can meet claims and take on individual risks. But in a situation with large losses like this, those claims may overwhelm the insurer's ability to pay out.

Unless they have reinsurance.

Well before the wildfires, the average insurer would have purchased extra coverage to cover them for events such as wide-spread natural disasters. This coverage takes on some of the risk, allowing insurers to write policies for a larger amount than they would otherwise be able to manage, thus adequately covering their clients. In return, the reinsurer receives a portion of the insurance premium.

In this case, when the wildfire claims overwhelm the insurer, they tap into their reinsurance program and use those additional resources to pay out the multiple claims.

How Does Reinsurance Work?

Reinsurance allows an insurer to take on high-risk policies they wouldn’t typically be able to handle, by passing some of the risks on to another company. The insurer who does this is called the "ceding company." The company that issues the additional insurance, or reinsurance, is called the "reinsurer." The reinsurer can be based in the U.S. or abroad, which may help ceding companies take on policies for multinational corporations.

What Are the Types of Reinsurance?

There are several types of reinsurance. Let's take a look at what each is used for, and how it works.

With facultative reinsurance, the reinsurer does all the underwriting, a.k.a. evaluating the risk. The reinsurer has the option to accept or decline each individual risk that the ceding company asks it to take on, and each contract is for a specific risk.

A reinsurer covers part or all of the ceding company's risks for a certain time period on a pro-rata basis. Pro-rata is a Latin term that means “in proportion to.” In this case, it refers to the fact that premiums are divided up according to the stated percentage, rather than on a risk-by-risk basis, like with facultative reinsurance.

Proportional is frequently seen with homeowners and property insurance. In this case, premiums as well as losses are dealt with on a proportional basis. You may have insurance coverage with a particular company and be unaware that some of your policy’s risk has been dealt with via reinsurance treaties.

Non-Proportional Reinsurance: This type of treaty insurance is sometimes called excess of loss reinsurance. With this type of policy, the original insurer is compensated by the reinsurer for any losses that exceed a limit that the companies have agreed on.

Think of it this way: If you have auto insurance, you agree to pay a deductible up to a certain amount, such as $500 or $1,000, and after that your policy kicks in. With non-proportional reinsurance, the ceding company likewise agrees to pay up to a certain amount for claims, ceding anything over that amount to the reinsurer, up to whatever limits the companies agree on.

What is the Difference Between Insurance and Reinsurance?

They differ, first of all, in who they serve: Insurers write policies for individuals, businesses, and other corporate identities. Reinsurers write policies for insurers. They also differ in how they are regulated, with reinsurers working more commonly across state and even national boundaries, while insurers are typically working within states where they have been approved to sell policies.

Why Is Reinsurance Needed?

The insurance industry is complex and handles a tremendous amount of money annually. But all companies have a limit on the amount of risk they can take on. A reinsurance policy limits a company’s liability, allowing it take on bigger or unusual risks. This helps companies scale and allows smaller insurers to compete with larger corporate insurers on the open insurance market.

Reinsurance also protects companies (especially smaller ones) in the event of catastrophic events. It does this for both single events, such as a fire that does millions of dollars of damage to a warehouse, as well as for numerous affiliated claims, such as a tornado that destroys multiple homes in a single town.

There's another benefit, as well, and once again it’s most important for smaller companies. A reinsurer may provide educational assistance and support for companies that are trying to grow into new areas of the insurance industry. There's a steep learning curve related to claims management, administrative tasks, and more, that varies depending on what type of policy a company is underwriting. A good relationship with a reinsurer can help them negotiate that learning curve more easily.

Facultative contracts, which are written for one or more specific risks, may require some niche knowledge.

For example, let's say an insurance company writes the policies for a business that does trucking for the oil industry. The policyholder wants to be sure that the trucks are protected from explosion risks. The insurer may look for a reinsurer with expertise in explosives and the damage they can do to underwrite that part of the policy. If there were an explosion incident, the payout would come from the reinsurer, not the primary insurer.

Treaty reinsurance, meanwhile, is broader and less specific. These are usually long-lasting contracts that are renewed by the participants over a period of time, and they will cover a range of risks that are detailed in the contract, up to a certain percentage or amount of money.

An example of a treaty might look like this: the original company cedes any amount over $500,000 to the reinsurer, up to a maximum of $2 million. So claims made that are over $500,000 but under $2 million are paid out by the reinsurer. In the event of a catastrophic loss over $2 million, however, it would revert back to the original company, although they might be unlikely to underwrite a policy that allowed for that kind of payout.

All reinsurance companies are regulated on the state level. They're assessed based on solvency regulations—which means, on whether they have enough money to pay out on the policies they’re involved in underwriting. Insurance companies can rest assured if they are dealing with an American-based company, their transactions are safe and financially secure.

Outside the U.S., an organization called the International Association of Insurance Supervisors sets standards for insurers and reinsurers, no matter their focus. From life insurance to commercial auto insurance to catastrophe insurance, all aspects of the market are monitored, guided, and regulated.

Does every insurance company need to use reinsurers to do business? Is the sector even necessary? In the U.S., insurers are heavily regulated, and are required to have an amount of capital in reserve that would cover any policies that they are underwriting.

What that means is that if you have a policy with any U.S. insurance, you should not have to worry about becoming insolvent after a disaster of any kind. Your insurance company can and will cover you for named perils.

You may not, though, be aware of whether a portion or all of your policy has been assigned to a reinsurer. If you receive a claims payout from your insurer, it will be from the company you have contracted with, not from a reinsurance company.

But that doesn't make them any less necessary. For the policyholder, they make more robust and thorough coverage possible with fewer gaps or weaknesses. For the primary insurer, they make it possible to attract a wider range of customers while allowing them to do a better job of both risk management and client retention.

All in all, the reinsurance market is used by almost all insurance companies, whether they focus on life, business, homeowners, or some other form of insurance. By utilizing the resources of reinsurers, they are able to offer a win-win situation that benefits themselves as well as their clients. 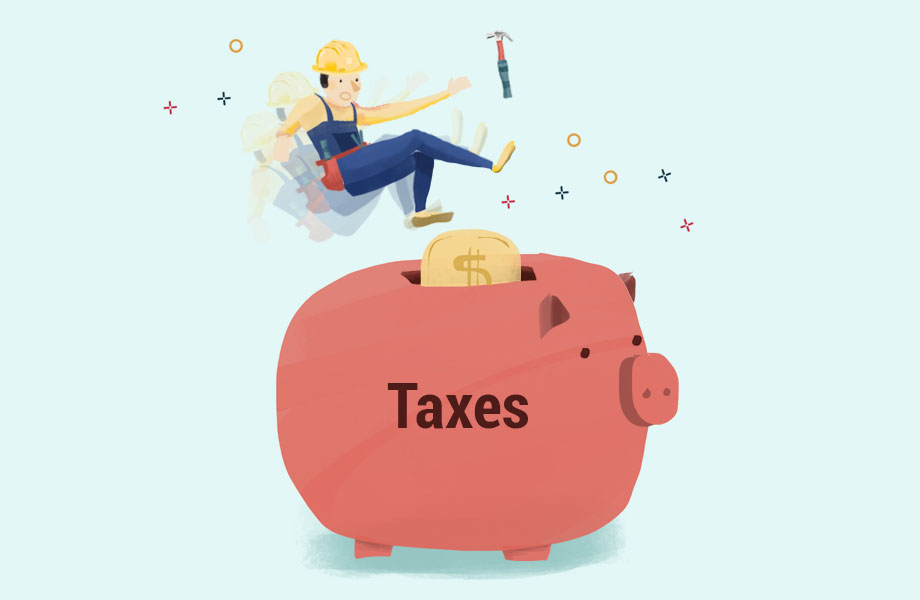 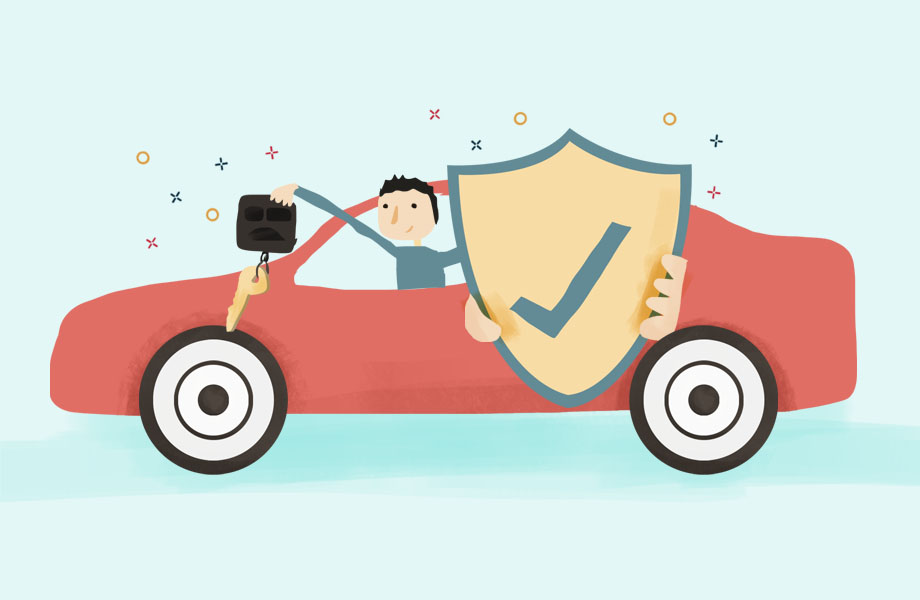 What Is Hired and Non-Owned Auto Insurance? 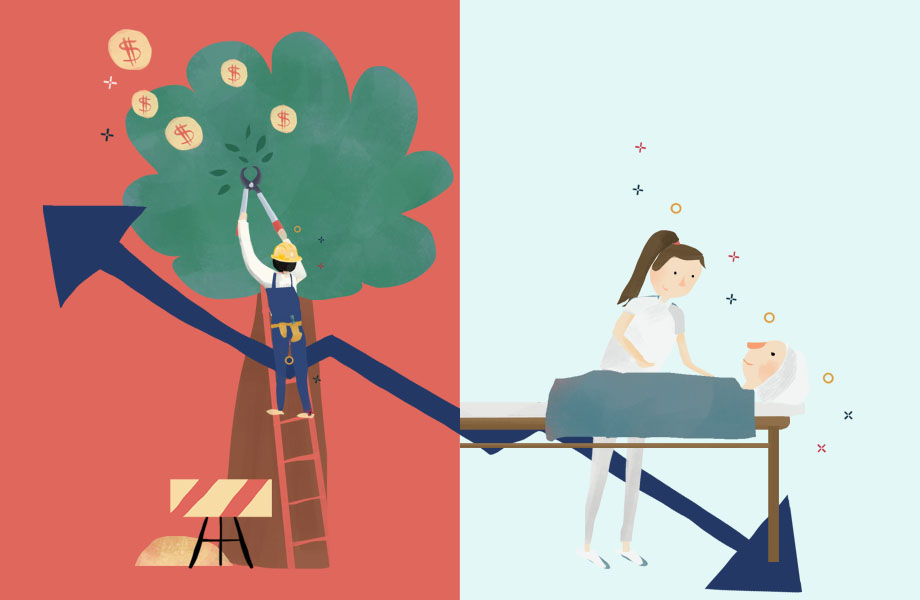 By
Lorraine Roberte
6
min read
Thank you! Your submission has been received!
Oops! Something went wrong while submitting the form.