The year 2023 brought some good tax news for Arizonians. Arizona Gov. Doug Ducey has announced that the state moved to a flat income tax rate on January 1, 2023.

The new Arizona flat tax rate is a tax cut for all Arizona taxpayers, which means employees get to hold on to more of their hard-earned money. The move comes one year earlier than anticipated, which the governor says is due to the state’s continued economic growth.

Here’s what you need to know about the changes to Arizona’s state taxes in 2023.

Arizona Flat Tax for 2023 and Beyond

So, this new rate is a tax cut for all.

Why Is the New Income Tax Rate Coming a Year Early?

Since the state’s economy performed better than expected, the Arizona legislature introduced its lower tax rate one year earlier than planned.

According to the state budget, the new tax rate was planned to take effect on January 1, 2024, or when the Arizona General Fund (state revenue surplus) exceeded $12.8 billion.

The Arizona General Fund revenues amounted to $16.7 billion by 2022, so the state could implement the tax rate in January 2023.

Is the Flat Tax Good?

According to Governor Doug Ducey, the state government’s move to a flat individual income tax rate will provide tax relief for residents. The main benefit is that it will allow workers and small business owners to keep more of their hard-earned money.

But nothing is perfect, and this tax plan comes with both pros and cons. Here’s a closer look at both.

Advantages of the New Tax

People who support the Arizona tax plan say it is a good idea because it makes filing easier. It’s the same rate for everyone—and taxpayers can quickly figure out how much they owe.

Proponents also argue it will encourage people to make more money because they won’t be scared of getting bumped up into higher income tax brackets.

In a progressive tax system, like the one used for federal income taxes, people who earn more also pay a higher percentage of their income in taxes. That can discourage people from taking on higher-paying jobs or employers from offering higher salaries to employees.

But, with a flat tax, you don’t have to worry about keeping salaries at a certain level to avoid extra taxes. Instead, people can pursue bigger opportunities and still pay the same rate.

Disadvantages of the New Tax

The negatives mostly come from the argument that it’s more of a burden for people who earn less. It doesn’t seem fair that someone earning $20,000 should pay the same percentage of taxes on their income as a person earning $200,000.

From the state’s perspective, a tax plan that uses the same rate for everyone can mean lower revenue because high-income earners pay lower taxes.

But according to Governor Doug Ducey’s website, these tax cuts have helped with competitiveness by attracting more small businesses and economic activities to the state.

How Many States Have a Flat Tax?

Beginning in 2026, Georgia will join the list, as the state recently passed legislation that will move it to a flat rate. Iowa will follow in 2026.

Arizona currently has the lowest flat tax rate at 2.5%.

What Do Employers Need to Do?

Now that you know what’s changed in 2023, you may be wondering how this affects your responsibilities as an employer. The main administrative change for employers is that you need to give employees a new state tax withholding form to fill out by the end of January.

Here’s what you need to know.

Give Employees New Form A-4

Since Arizona’s income tax rate is changing, the state issued a new Arizona Form A-4.

Employers are required to make the new form available to employees by January 31, 2023. The form will let employees choose what percent of their income they want to be withheld for state tax purposes.

Where To Find the New Arizona Form A-4

Employers can visit the Arizona Department of Revenue (ADOR) website to find the updated Arizona Form A-4 for 2023. If your employees filled out an electronic A-4 form, they can make electronic adjustments instead of filling out a new paper copy.

As of January 1, 2023, the new default withholding rate for the Arizona flat income tax is 2.0%. If employees don’t submit an updated Form A-4, employers may withhold a baseline of 2.0% starting in 2023.

To make the new withholding easier, you can use payroll software like Hourly, which makes it easy to withhold and file state and federal taxes automatically.

Once you have updated Arizona Form A-4 documents from your employees, you don’t need to submit them to the Department of Revenue. Instead, just hold on to the copies along with your other employee and tax records.

And make sure to withhold the right amount of taxes!

FYI: Employees Can Choose Their Own Withholding Rate

For many Arizona taxpayers, the default rate of 2.0% should work. However, employees who want to adjust their state income tax rate can choose from several withholding options by filing an updated A-4 form.

The new form gives employees several options for state tax withholding, including 0% (nothing withheld for state taxes) and a line for a custom additional withholding amount.

While choosing the 0% withholding option is certainly not trending, some employees with multiple employers may opt for it, nonetheless.

For example, some employees prefer to save on their own for taxes during the year to collect interest on the saved amount. So, they may opt out of tax withholding from you.

In contrast, employees that do freelance work on the side might opt for the additional income withholding option. In this case, they may want you to withhold more of their salaried income to cover the taxes that would apply to their freelance income.

As an employer, it’s your responsibility to stay on top of your state’s tax initiatives. Fortunately, Arizona’s 2023 tax law changes represent a positive change for your employees. So how can you keep up with this change?

Ensure you’re withholding the right amounts for 2023 and you’re all set. 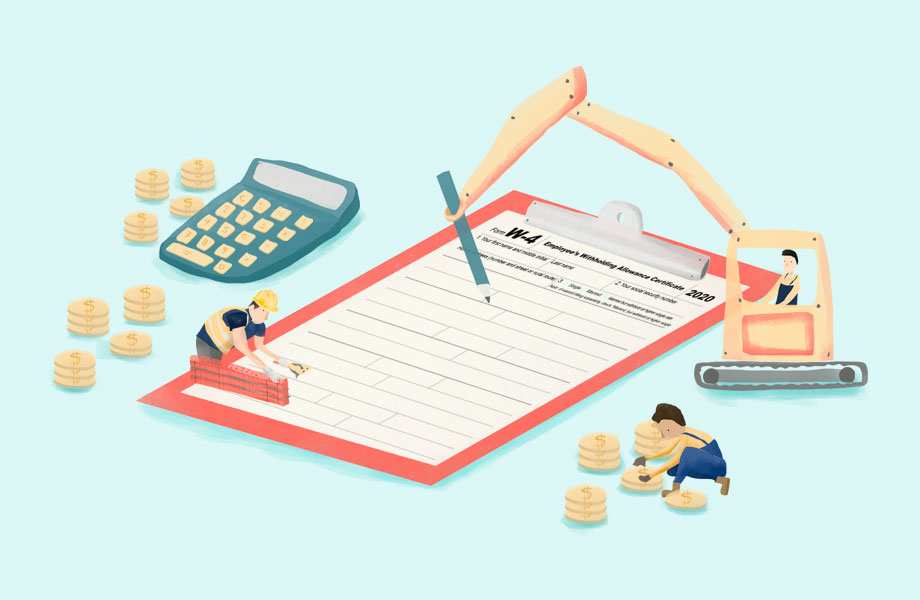 A Step-by-Step Guide For Filling Out Form W-4 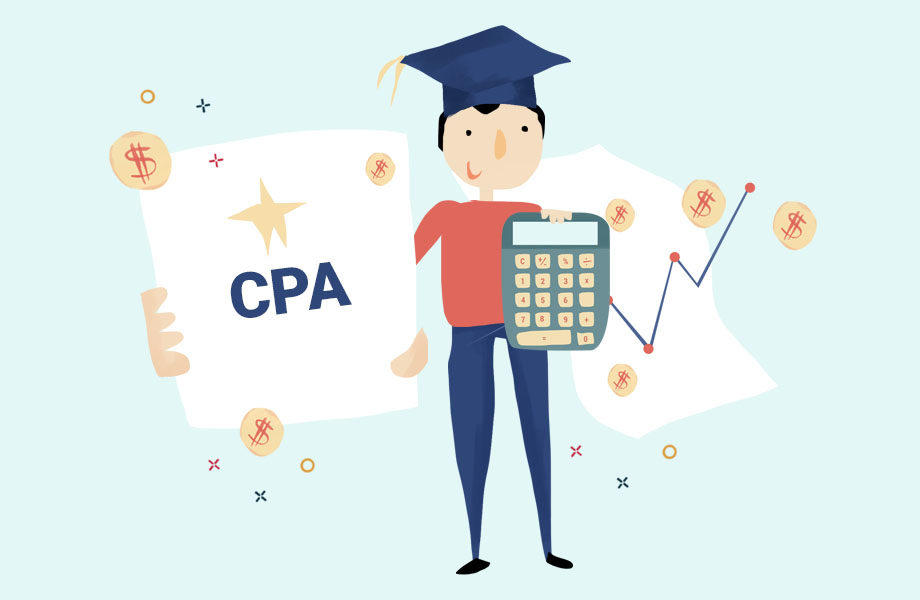 What Does a CPA Do? 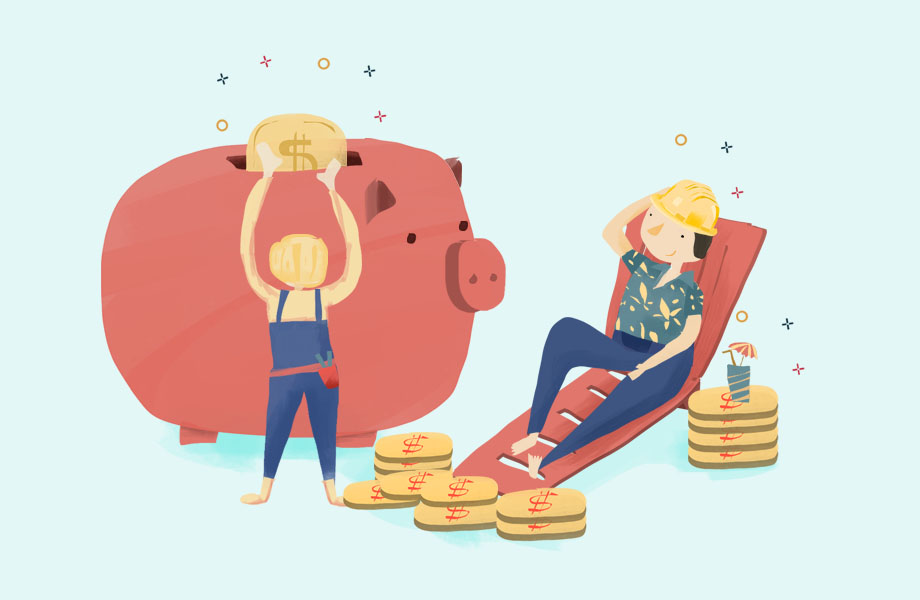 By
Lorraine Roberte
5
min read
Thank you! Your submission has been received!
Oops! Something went wrong while submitting the form.