Being an attorney (as I am, although no longer practicing), takes a rare breed. You have to really like reading and writing, working and billing. And fighting.

No, it is not always about fighting, but it is often enough that fighting is actually a significant focus of the job. You fight for your client of course, and against the other side. You also fight with judges, clients, colleagues, and partners. That fighting can take the form of lawsuits, trials, arbitrations, depositions, motions, phone calls, emails, texts, and yes, even good old-fashioned yelling on occasion.

We lawyers have so many ways to tell someone that they are wrong! Personally, I hated them all (indeed, that’s why I left), save one: The demand letter.

So, how serious a demand letter? Very.

Nothing beats writing a demand letter, and few things are worse than receiving one. A demand letter is an efficient, powerful, and effective way to both get someone’s attention and get them to take a desired action. That they are quick and relatively affordable to create makes them the perfect way to avoid a legal action and yet still battle an adversary.

A formal demand letter is just that: A letter written, usually by an attorney or law firm, demanding that the recipient take or cease certain actions, or pay some amount of money.

Typically, demand letters explain how the sender sees the facts, lays out the harm the sender has suffered (personal injury, medical bills, breach of contract, etc.), explains how the law applies, and then requests some sort of specific relief. Sometimes these letters want the recipient to stop certain actions. In that case, they’re called “cease and desist letters.”

A well-constructed demand letter is vaguely–and often overtly–threatening. The idea is to get the recipient to see that they have a big problem on their hands and that the proposed resolution beats litigation. Even small-claims court litigation can render verdicts in the five-figures.

In my experience, the threat is the key. Lawsuits are treacherous. They are time-consuming, expensive, unpredictable, and exhausting. The demand letter shows the recipient that the time, expense, and headache of a lawsuit can be avoided by listening and settling.

Sometimes, demand letters are actually a requirement pre-litigation; some state laws say that the parties must show “good faith negotiations” or some similar effort at “reasonableness” before a case can be filed or, possibly, tried. Such letters might include a demand for compensation for personal injuries due to a car accident, attorney’s fees, legal fees, the return of a security deposit, whatever.

The Three Purposes of a Demand Letter

The purpose of a demand letter is three-fold:

Let’s take a look at each of those a bit more carefully:

Let’s say that a vendor delivered a box of goods to your warehouse and that you paid for it in full. But then, a few days later when you opened the box, you discovered that the goods were defective. The vendor disagrees, says you are wrong, and refuses to either take the goods back or compensate you for your loss.

What do you do?

In all likelihood, you would see a lawyer to find out what your rights are and pursue a legal proceeding.

Slow down there, cowboy!

Far better, especially at the beginning of a dispute, is to, yes, see that lawyer, but instead of immediately suing, have the lawyer fire off a demand letter. A demand letter is a preliminary tactic in a dispute. It will put the vendor on notice that you are ready to fight; that you mean business.

I have written many, many demand letters. I would always sound reasonable, but firm. I set a certain amount of time for a response, and then ended with this sentence: “This demand shall not be repeated. Please give this matter the seriousness it deserves.”

That got their attention.

Get the Desired Result

Ideally, the recipient of the demand letter will decide that rather than fight it out, the easiest course of action is simply to do what is requested in the letter and live to fight another day.

That certainly does happen, especially when the demand letter is not outrageous and doesn’t ask for the moon. A reasonable (or somewhat reasonable) letter has a far greater likelihood of getting the demanded result than does the damn-the-torpedos-full-steam-ahead letter.

As you can see, a great demand letter has to walk a fine line. On the one hand, it should scare the recipient. And yet, on the other hand, it needs to be somewhat reasonable. That way the recipient doesn’t get mad and want to get even. Instead they'll decide settling (or at least negotiating) is in their best interest.

Oh sure, the letter will demand this or that—“Pay me for those defective products you delivered to my warehouse”—but rarely is one side or the other all-right or all-wrong. There are two sides to every story, as they say. Given that, negotiations are often the immediate result of a demand letter.

Let’s also note that demand letters can often crop up after a lawsuit has been filed and before the case goes to trial. In situations like that, an effective demand letter will be the first move in a settlement negotiation process.

After a demand letter is sent and received, there are three possible outcomes.

The Demand is Met

First, the demand can be met. This happens more often than you may think. Litigation horror stories are legion, and if the party who done you wrong knows it, they may simply decide that paying up (or whatever it is you demanded) is the lesser of two evils. No, they don’t want to give in, but more than that, they don’t want to go to the mats.

A Counteroffer is Made

Second, they may decide to make a counteroffer. Enter the negotiation. If the other side makes a counteroffer, you know that they too do not want a protracted, expensive fight. You also know that, on some level, they are admitting some liability (even if they don’t say so, even if they explicitly say they are not).

The fact is, people rarely settle for real money unless there is some culpability. Yes, there are situations where a party may offer a token sum to “make the problem go away,” but anything more than a minimal sum means that they know they did something wrong. A counteroffer can be countered or ignored.

The Offer is Refused

Finally, a demand can be refused. Parties refuse demands for all sorts of reasons. Obviously, for starters, if they think they are 100 percent in the right, they are not likely going to pay a penny. Or, maybe, they are pissed and are bucking for a fight. Or possibly they have more money and want to make you bleed. Or they are misreading the situation. Or, they are just, simply, a jerk. Lots of reasons.

If You Need to Write a Demand Letter

Sure, you could draft one yourself, send it certified mail, and cross your fingers. But in your heart, you know how that is going to turn out.

The gravitas of a demand letter comes from the fact that you will appear serious and formidable, and willing to take things further if necessary. So, cough up some dough, hire a lawyer, and have that attorney-client relationship. Paying an attorney to write the nastygram (as we lawyers sometimes call them) is well worth the cost.

I rarely say that hiring counsel is the way to go because so many legal things can be done on a DIY basis. But not this. If you write your own demand letter, you will look amateurish and uncommitted. Not a good way to go into a negotiation.

Rather, the smart legal move would be to buck up and hire a lawyer. A demand letter should not take your lawyer more than a few hours, and it will be money well spent. Either you will get the result you want, or at least something, or you will know how dug in the other side is. Whatever the case, hiring counsel and getting that letter out can only help.

If You Receive a Demand Letter

Pardon me if you have heard this before but, “give the letter the seriousness it deserves.” Do not ignore it or hope the problem will go away. It won’t. If your adversary has gone to the hassle and expense of hiring a lawyer, he or she means business.

Read the letter carefully. If it demands an answer within a certain timeframe, give them one. The letter is useful also as it will give you insight into the other party’s perspective and take on the situation. You may discover facts in the letter that you did not know of that may change your perspective. Or you might find that the other side is being more reasonable than you anticipated.

One thing I always counsel people is that “everything is negotiable.” Yes, their demand letter may state that their offer is non-negotiable, and maybe it is…and maybe it’s not. You have little to lose by trying to negotiate, unless of course, you think you are right and they are wrong and that is that. In that case, don’t negotiate and good luck to you.

If they have not filed suit yet, thank your lucky stars. Once that happens, the courts get involved and you will have to respond and show up, whether you want to or not.

What Are the Chances You’ll Win in Court?

It is easy to get caught up in your version of events and convince yourself that no sane jury would rule against you, but one other thing I always told potential litigants is that their chance of winning in court is, at best, 50-50:

That is why, should you receive a demand letter, you need to analyze it carefully. Consider your weaknesses and their strengths. Weigh those against years (literally) of potential protracted litigation. Then, decide whether settling, or at least counteroffering, isn’t in your best interest.

To the extent possible, take emotions out of it. How would Mr. Spock, or a potential neutral arbiter, assess the situation?

You and your attorney need to take all of these things into account and decide how you will respond. How strong is your case, really? Are you willing to meet their demand? If not, are you willing to settle? If so, for how much?

Settling Before Going to Court

I once sued the NBA. I was 100 percent in the right. My lawyer sent them a demand letter. Their counteroffer was not near what we demanded. But guess what? I took it. Why? Because the thought of fighting the NBA in court, with their name and brand and resources and money, sounded like hell.

So I did what you would need to do: respond promptly and professionally. Accept or reject the offer or make a counteroffer. Set your own time limits.

If you do settle, be sure to have a formal settlement agreement signed by both parties. It doesn't need to be too formal or complicated. Simply state the terms of the agreement, with due dates, etc. Make sure they have to sign to accept your response and get verification of a return receipt.

And that’s it. Demand letters can be very cost-effective ways to resolve business disputes. No, they are no sure slam-dunk, but they aren’t a desperation three at the buzzer either. They are a way to win without either side running up the score. 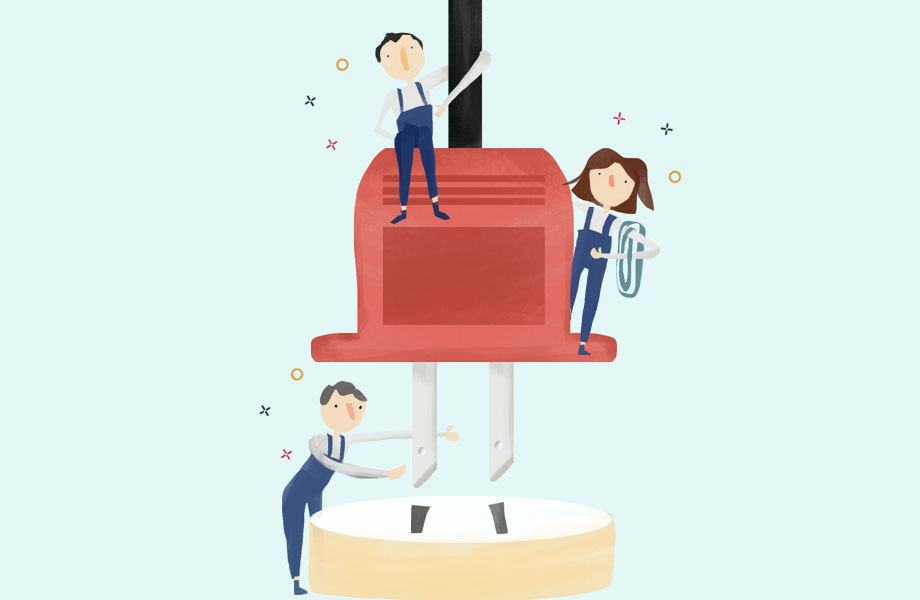 How To Write an Electrical Contracting Business Plan 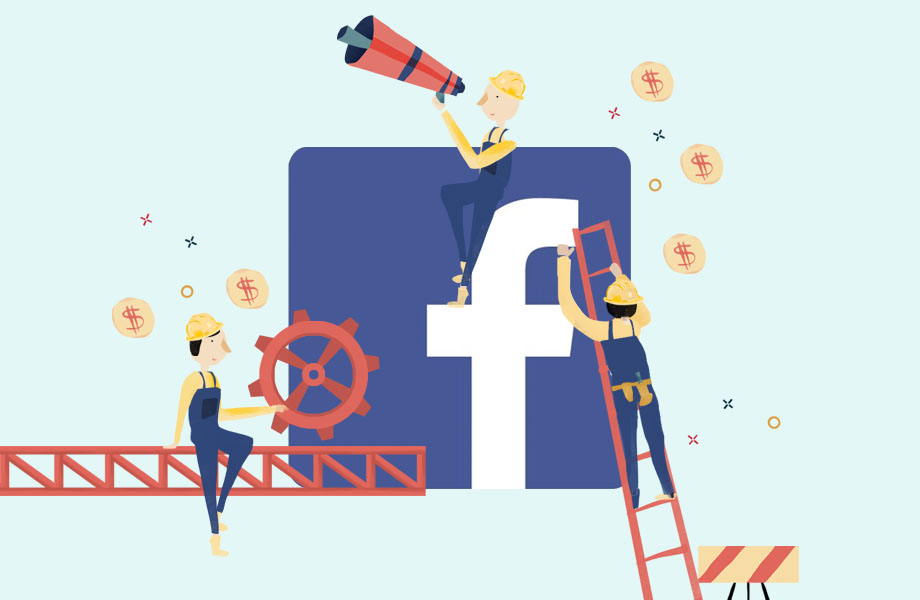 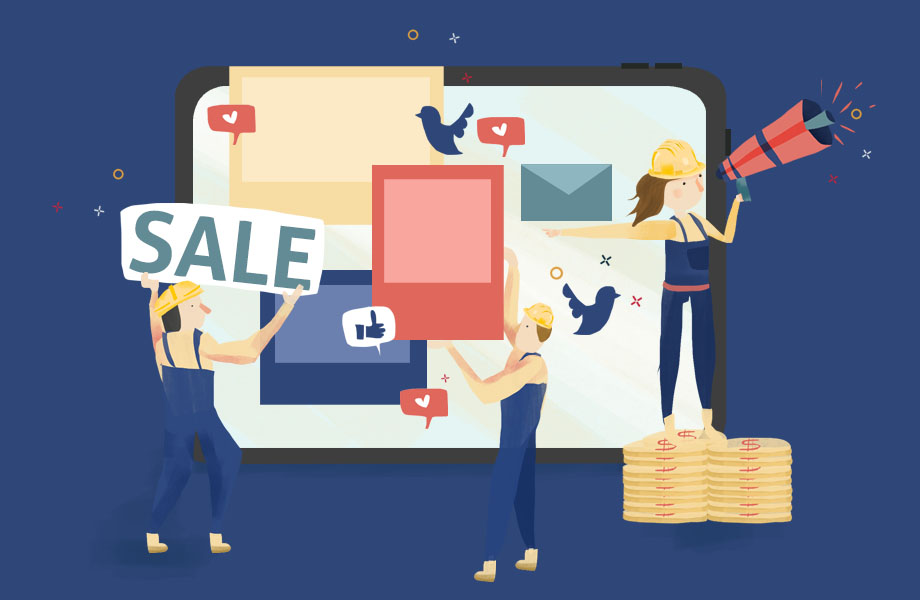 By
Steve Strauss
9
min read
Thank you! Your submission has been received!
Oops! Something went wrong while submitting the form.