The most frequent complaint filed under California's wage and hours laws are unpaid overtime claims. This is partly because the state goes above and beyond the federal law (Fair Labor Standards Act) to protect workers.

But even if an employer isn’t acting maliciously, ignorance of the law doesn’t excuse violating it. To avoid any issues, both employees and employers need to have a full understanding of overtime laws in California.

In this article, you’ll learn:

At its most fundamental level, the FLSA requires employers to pay non-exempt employees overtime for any hours beyond standard full-time employment (40 hours a week). However, overtime laws in California expand on that definition.

In addition to being required to follow the FLSA standards, an employer in California also needs to provide overtime pay for these reasons:

Of course, overtime hour laws in California (and federally) are more nuanced than that — there are overtime exemptions.

Before an employee accuses an employer of wage theft, it's good to have a clear idea of all the factors that impact an overtime pay claim in California.

What Are the Overtime Hour Laws in California?

There are two primary laws that govern overtime in the state of California: the FLSA and the California Labor Code section 510. Decisions about disputed wages are based on a judge’s deeper understanding of these laws through previous court cases and administrative regulations.

Why Are There So Many Overtime Laws in California?

Though the 40-hour workweek is now the legal standard in the United States, it certainly didn't start that way. It wasn't until 1890 that the United States started keeping track of workers' hours. At that point, the average worker was logging about 100 hours a week — that's more than 16 hours a day, six days a week.

The adoption of the eight-hour workweek was slow, first gaining ground in Europe and Australia. In the United States, Illinois was the first state to jump on board, but that was met with steep resistance.

However, the work of organizations such as the Knights of Labor, National Labor Union, and the Federation of Organized Trades and Labor Unions paved the way for Congress to pass the FLSA in 1938, limiting the workweek to 44 hours (then changed to 40 hours in 1940).

You may be wondering why the United States doesn’t just let people work themselves to death if that's what they need to do to make ends meet.

Well, the 40-hour workweek isn't just good for employees wanting some semblance of a work-life balance.

There are three ways that overtime rules in California are beneficial:

Because of these benefits, California courts traditionally favor a liberal reading of state laws that are already employee-friendly.

What Is an Overtime Exempt Employee?

Not all California employees are able to benefit from overtime rules in California. Those who are not are considered exempt employees.

Even if the label seems correct, it's important to dig into the details to verify overtime laws in California do not apply to an employee.

For union employees to be exempt from overtime laws in California, the collective bargaining agreement must include details about:

An employee must spend more than half of their working time away from the company’s place of business in order to be classified as an outside salesperson. Beyond that, this person can sell tangible or intangible goods, secure contracts, or sell services or uses of facilities.

There are certain jobs or working environments in which employees are exempt from overtime due to California's Industrial Welfare Commission wage orders.

Similar to the situation for unions, it is possible for employees to create a collective agreement to work known as alternative workweeks. With these, employees agree to work up to 10 hours a day without accruing overtime wages for those additional two hours.

To be approved, the agreement requires a secret ballot with a minimum of two-thirds of affected employees voting. Nonetheless, these employees are still owed overtime wages for any work beyond the hours approved for the schedule and if they work more than 40 hours in a workweek.

The "white-collar exemption" is the largest class of exempt employees in California. These employees must meet three primary requirements to be considered exempt. Overtime wages are owed if even one of the requirements are not met.

The three requirements for white-collar exemption are:

Employers are still required to pay overtime wages, even if they didn’t specifically approve overtime work or request an employee work overtime to finish a task. Even if an employee does a lot of work without the employer knowing about it, they can still be awarded overtime wages.

How to Calculate Overtime Pay in California

It's important to remember that overtime calculations are not solely based on the hourly wages paid to employees. Employers must calculate overtime based on the employee’s regular rate of pay, which includes other types of compensation, such as production bonuses, piecework earnings, and commissions.

If an employee doesn’t receive additional types of compensation, calculating their overtime is pretty straightforward.

Here’s an example to help you understand:

Though the basics of overtime in California laws are pretty straightforward, employers (and employees) can find themselves in unusual situations — resulting in more questions. Certainly, some cases will have to go to court for a final ruling. Others, however, can be answered right here.

What is Pyramiding for Overtime?

Though labor laws in California tend to favor employees, courts have ruled against attempts to pyramid overtime — which can be costly to employers.

Here’s an example to help illustrate the concept:

If an employee works four days of 12 hours shifts (48 hours), they've accrued 16 hours of overtime (four for each day) and 32 hours of straight time.

However, if they work only eight hours on the fifth day, these hours don't accrue any overtime — not on a daily or weekly scale.

The best way to calculate it is to take the total number of hours worked and subtract the daily overtime hours — only when this crosses the 40-hour mark does an employee start accruing weekly overtime wages.

In determining whether you should be paying overtime on a weekly or daily basis, calculate daily overtime first, then weekly overtime.

Can Employees be Fired for Not Working Overtime?

Yes. That's the short of it.

As long as an employer is willing to follow overtime laws in California (paying the correct amount), they have the right to discipline (or terminate) an employee who refuses to work overtime.

Do Employees Have to Take Overtime Compensation?

Yes. At least in a manner of speaking.

First and foremost, a worker is not legally allowed to waive his or her right to overtime compensation. In California, employers are required to pay their workers for overtime (assuming they are not exempt).

All that said, employees in California can request make up time to waive daily overtime, with the ability to use it on a different day in the same workweek. Code Sec 513 technically allows comp time (compensating time off) but has since been shut down by the provisions outlined in the Fair Labor Standards ACT (FLSA).

Do Sick Days or Vacation Time Count Toward Overtime?

No. The hours used for sick days or vacation days are not added into the weekly total used to determine if an employee should be paid overtime.

California's overtime laws are designed to provide protection to employees beyond what is laid out at the federal level. Additionally, California courts side with employees more often than employers.

Accidentally running deep into overtime can cause complications and harm to both your employees and your business. That’s why it's crucial to keep track of employee hours.

Hourly is a powerful app to do just that. Hourly is designed specifically for small business owners to run payroll and get workers' comp for their employees at the same time.

Keep your books (and employees) in good standing with Hourly. Try your 14-day free trial today! 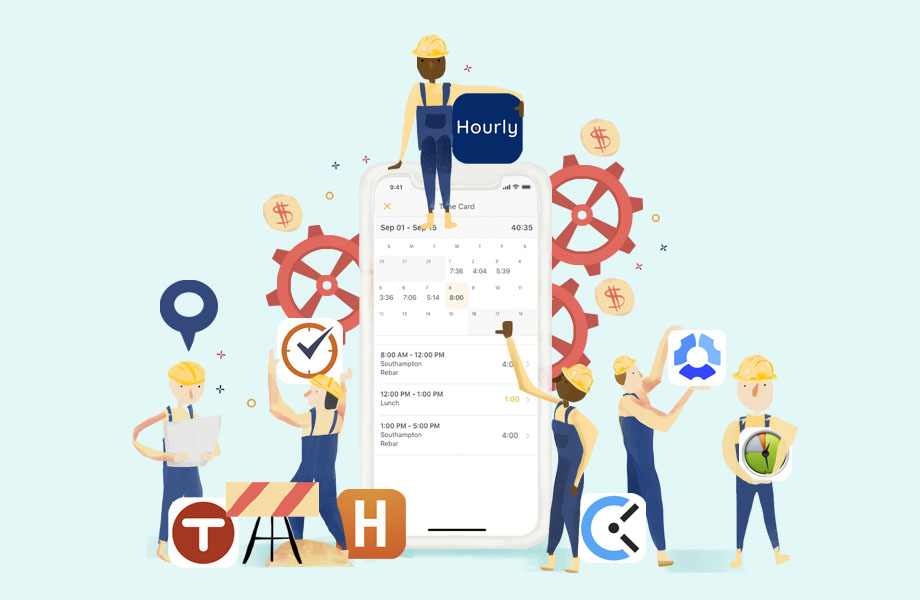 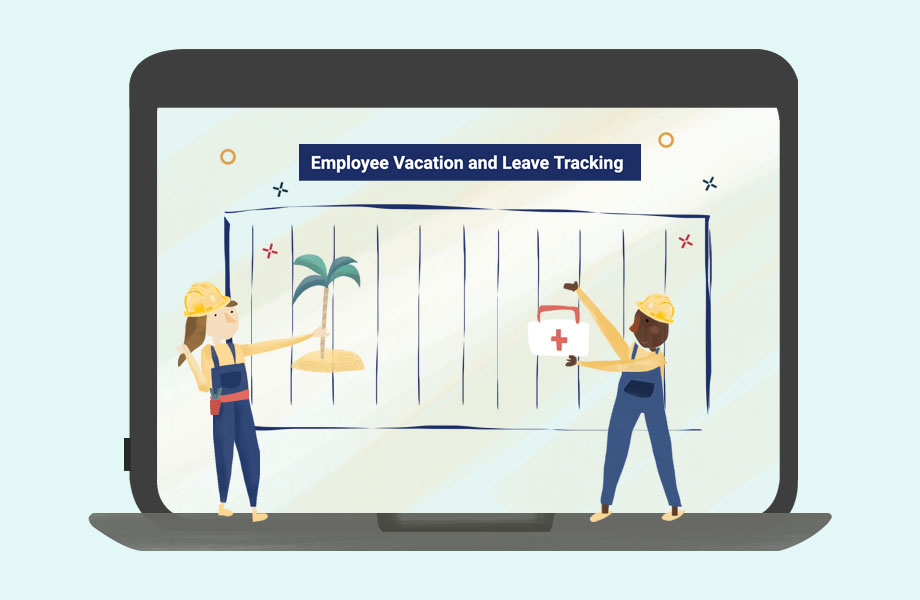 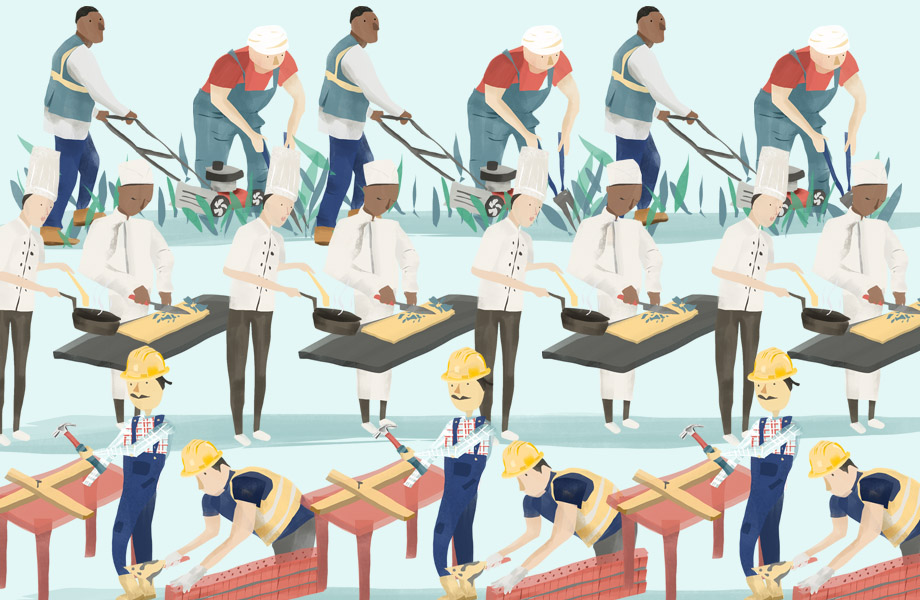 How to Calculate Overtime Pay For Your Employees