Did you know that failing to take reasonable care when reviewing job applicants and hiring employees can lead to some serious legal issues for your small business?

This area of employment law is called negligent hiring and/or negligent retention. Of course you want people who are smart and sharp, but the lesson here is that you need to actively avoid people whose dubious background, relevant criminal history, bad attitude, and other similar issues might lead to sexual harassment, negligence, or other similar legal causes of action.

First, What is Negligence?

Here’s the deal: Typically, when you hire someone, you look to make sure that they are sharp, hard-working, experienced, and can do the job, right?

Unfortunately, that is not enough, not nearly enough.

Because what if they’re a drinker and get in an accident while on the job, injuring a customer? What if that employee has a history of violence or sexual harassment or a violent criminal record and hits, or hits on, a co-worker? All of this and more is possible if you hire and retain the wrong employee.

Here’s the rule: As an employer and company, you have a legal duty to hire people who are not a foreseeable risk to others. If they are, and you don’t catch it while hiring (via, say, a background check or not actively reviewing their work record), that is negligent hiring. Or, if you learn of ongoing misdeeds and don’t care about them after the hiring process, that is negligent retention, and your business can again be on the legal hook if the proverbial sh*t hits the fan.

A person or company can be deemed negligent (and liable for damages) if they:

As you can surmise, negligent retention and negligent hiring are subsets of negligence and in fact are very similar claims and causes of action. The main difference has to do with timing.

In a negligent hiring case, the allegation would be that the employer should have discovered issues regarding the potential employee during the hiring process, before they were hired. Negligent retention deals with what happens after the person is hired, and while they're working for an employer.

Negligent retention is when an employer keeps an unsuitable employee on board, even though they know (or should know) there are major issues with that person.

When a business keeps a person on staff who is known or is suspected to be a risk to customers or co-workers, the employer exposes itself to potential legal liability. This would be true even if the employer did a thorough background check. Why? Because the allegation is not that they hired improperly but that after hiring the person, he or she became a risk that the employer ignored.

Here's what a court would look at to make that determination:

How to Avoid Negligent Retention Claims

It should be fairly obvious as to how to both keep your business and people safe and be able to defend a suit for negligent retention.

OK, maybe I jest, but only a little. The key is to take action early and often. Notice problems and nip them in the bud.

As indicated, negligent hiring is also part of general negligence. When hiring, an employer has a duty of care to make sure that the people they hire are not a threat to others. Typically, this comes into play later when the employee in question either physically harms another or sexually harasses someone (either a co-worker or a member of the public).

Here is a case law example of how such a negligence claim could play out:

In Allgeier v. MV Transportation Inc., a jury found an employer had engaged in negligent hiring and training, and was ordered to pay almost $5 million in damages. The facts of the case would be comical if not being so tragic:

Then, instead of calling an ambulance, the driver called his company dispatch line. Emergency help was not called for almost half an hour, and even then, they downplayed the plaintiff’s injuries, causing the ambulance to not treat the event as an emergency and take its time getting to the scene (over half an hour).

In the case of the bus driver and bus company, it’s pretty clear cut. They owed a duty of due care to their passengers. They did not know their potential employee struggled with alcoholism. They did not train her properly. She did not follow proper protocols. She acted without thought. So yes, she breached that duty. As a result (“cause”), the plaintiff was severely injured (“damages”). The jury then concluded that the driver’s negligence was the company’s responsibility because, legally speaking, the law assumes that the employee was acting at the behest of her employer.

The breach of duty caused damages.

Surely the Human Resources folks at MV Transportation had none of this in mind when they hired this employee. But they should have known of her unfitness for this position.

The worst-case scenario does come into play sometimes and when it does, the effects can be devastating for individuals, employees, the public, and the business.

How to Avoid Negligent Hiring

You must be reasonable, thoughtful, and prudent when hiring, that is the main idea here. If the position entails a risk of harm to the public or fellow employees, extreme rigor should be exercised.

These are the steps an employer can take to avoid negligent hiring:

And if you need yet more proof why this is important…think about this situation:

In California, the county of San Diego was ordered by a jury to pay $1.5 million due to negligence. In that case, when hiring a new employee, the county failed to do either a background check or a drug test, even though county policy called for both.

Later, the individual’s supervisor became aware of the woman’s illegal drug use but chose not to report it, again in violation of county policy. The woman then later stole chemicals from the county facility where she worked and used them to murder her husband. The county was found liable for the wrongful death via a tort theory called “vicarious liability” - they neither hired nor supervised the employee properly.

All of this goes to show that you really can’t be careful enough when hiring and reviewing job applicants. Reasonable care requires a thorough pre-employment investigation. Depending on the circumstances and individual, this could include credit checks, criminal background checks, interviews, and checking with references.

No, if an employee’s negligent actions were not somewhat predictable, if those actions were completely outside his or her employment or duties, and/or there was no reasonable way the employer knew or should have known of the issue, then there would not be any employer liability.

But, importantly, the opposite is also true: If you knew or should have known and did nothing, that’s a problem. Such claims can lead to hefty penalties and ton of time lost.

The answer therefore is to, yep, keep the worst-case scenario in mind, or, as Ronald Reagan so aptly put it when discussing the Soviets and a potential arms control treaty, 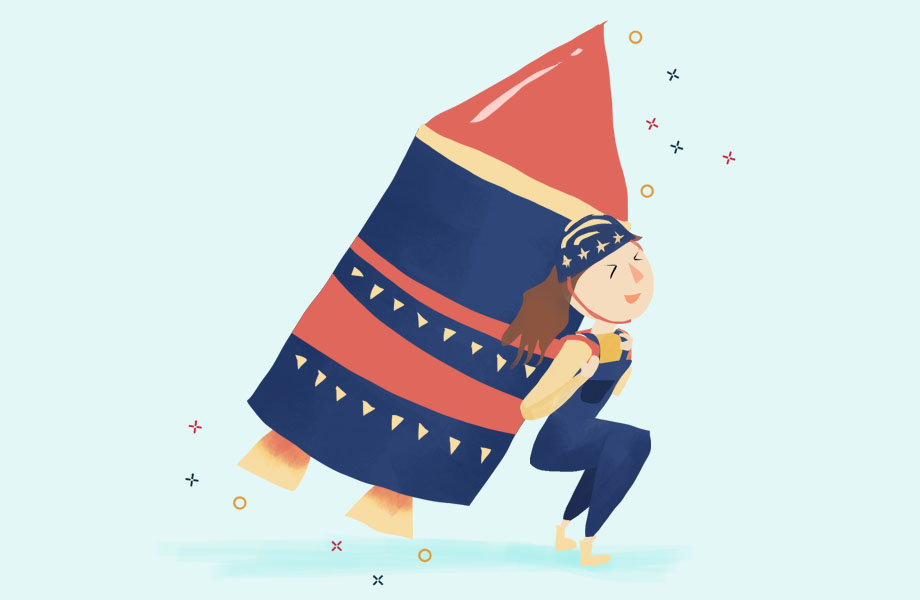 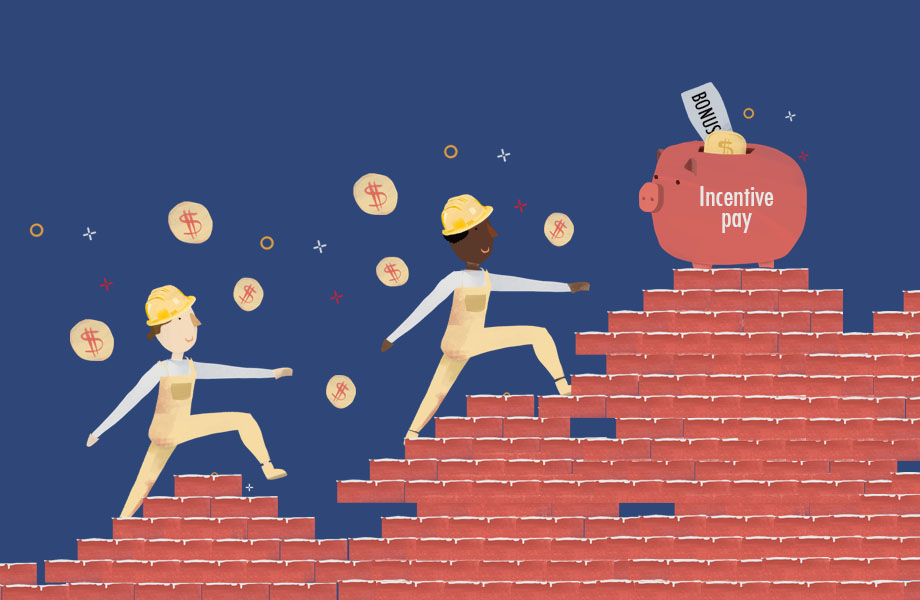 Is Incentive Pay Right For Your Business? 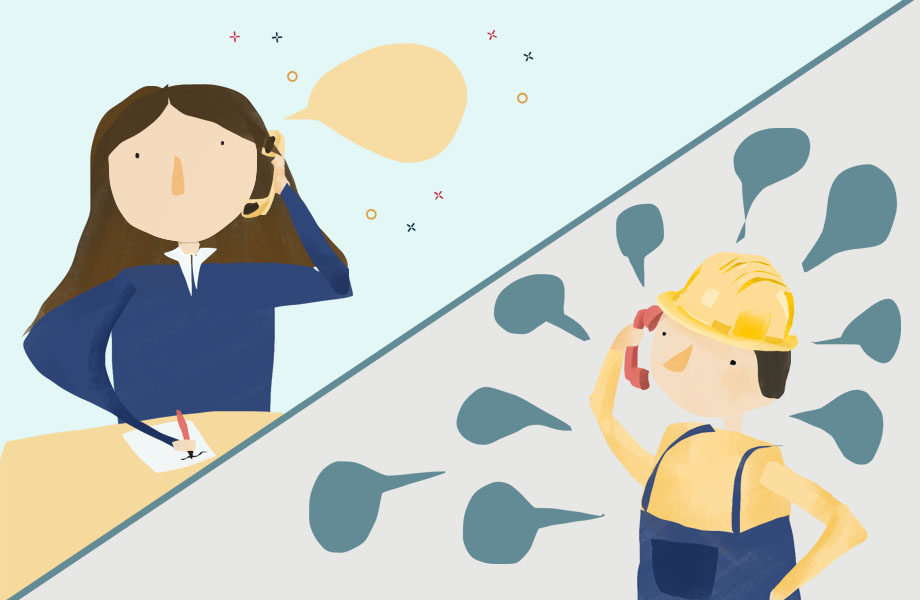 9 Questions That Will Make You A Master Of Reference Checks

By
Maddy Osman
9
min read
Thank you! Your submission has been received!
Oops! Something went wrong while submitting the form.