Workers’ compensation insurance, also known as workers' comp, is often thought of as a modern idea, but in fact there's evidence of it as far back as ancient Mesopotamia, Greece, and Rome. Even the most lawless of historical figures, the Pirates, had a clause in the Pirate Code (I know! The Pirate Code is a real thing!) “Recompense and reward each one ought to have that is either wounded or maimed in his body, suffering the loss of any limb, by that voyage.” So it turns Pirates weren’t bad employers or colleagues, (violence and thievery aside).

So given its prevalence in history, it’s not surprising that most states in America have a legal requirement for even small businesses to carry workers’ comp insurance. It’s a policy that protects both the business owner and the employee. A workers’ compensation premium will pay out if an employee can no longer continue in their job due to work-related injuries. And it also protects the business from being sued for compensation if there is a work related accident or mishap. There are a few exceptions to this rule; If you are a sole proprietor or partnership (and you don’t employ anyone) you aren't required to purchase workers' compensation policies. A safer way to think about it: Presume that if you employ anyone, even casually, you are liable for anything that happens to them in your workplace.

Is there a legal framework for workers' compensation insurance?

Now here’s where it gets more complicated. Each state is free to make up some of their own fun laws. In Oklahoma, it is illegal to have a sleeping donkey in your bathtub after 7 p.m...so many questions about this law. It’s just the same with workers’ comp. It is regulated at the state level. For instance, in Texas it is not mandatory to provide workers’ compensation insurance, however, just because something is not enforced by law does not mean you can get away with doing it. Even if the state doesn’t force you to have insurance, it will still hold you liable should anything happen to your employee at work. It also makes so much sense to have a good workers’ compensation insurance policy as it’s almost impossible for a business to budget for an accident. A company might run for almost the entire year without any misfortune, only to be hit by a costly disaster in the final quarter. Insurance is there to cover the unpredictable and to make your budget work.

Although rules vary state to state, thankfully there is a National Council on Compensation Insurance (NCCI). They create policy forms and write the rules for premium computations in most states. This should be your first port of call. If you are not governed by the NCCI they will be able to direct you to the correct local works office for your state.

But how is compensation calculated when some jobs are more dangerous than others?

Some jobs are obviously more dangerous than others. An injury sustained deep sea welding is likely to be more serious than one sustained standing next to a copy machine. Job classification helps determine your insurance costs. Insurance companies use classification codes, or class codes, to figure out a rate based on the risk of the work. You can look up class codes at the North American Industry Classification System.

So how do I calculate the workers’ comp rate for an employee?

You do not need to include in your calculation overtime premiums, only the contracted hours that are worked. There are also fringe benefits that are excluded from the calculation such as group term life insurance. And, of course, don’t forget, as with most laws and regulations, they vary from state to state.

Can you save with workers’ compensation insurance?

Payments can be monthly or annual, depending on which premium rate you choose. As with anything, if you can pay upfront you usually make a saving. There are also factors other than payroll and your type of business that the insurance company might use to assess your risk for your premium calculation. Do you have a loss history? Has there been a run of work-based injuries recently? Or does your sector/type of business have a high claim rate? For instance, in construction, smaller companies tend to have the most on-site accidents. To mitigate these issues, some insurance brokers offer lower premiums if you commit to a health and safety training program or specific staff training for any issues that are affecting your claims.

‍But not all my employees are full time?

If you are unable to calculate the exact payroll for the year because some employees are paid hourly or perhaps one is on a rolling contract (that you may not renew), you can estimate your annual payroll. Your final premium can be adjusted up or down at the end of each year to account for over or underestimated payroll. Want to avoid this hassle? Check out Hourly's workers' compensation insurance, where premiums are calculated in real time based on your payroll. This means you're only paying for what you actually need. And you don't need to estimate your payroll ahead of time or pay any large lump sum deposits to get started.

What are the common mistakes when calculating workers’ comp cost?

One of the biggest mistakes that causes companies to pay higher workers’ comp premiums is overstating their payroll. They forget to deduct things like overtime premiums for non-exempt employees. An overtime premium is the additional payment made to employees working more than 40 hours a week, typically 50 percent of base pay. For instance, even though you may pay overtime at a rate of 1.5x base wages, your workers’ comp carrier should only get paid according to the base salaries of your employees.

Also they often miss the small print when it comes to their insurance carriers who often reserve the right to adjust insurance premiums, in a move they call an experience modification. This allows them to raise your premium if they have incurred losses from consecutive claims.

Another common mistake is that you might have employees you don’t know about. In the U.S., anyone you hire to do work for your company will be entitled to compensation if injured on the job. Over the last few years, there has been a great deal of legislation to protect workers in the ever-growing gig economy. In September 2019, California passed AB5, a new labor law extending wage and benefit protections to "gig economy" workers, such as those at app-based tech companies like Uber, Lyft and Doordash. These new laws also protect casual wait staff and day laborers. Workers previously considered independent contractors are now eligible for employee benefits such as workers' compensation coverage.

Remember the NCCI isn't the rating bureau in all states. Some states maintain their own independent rating bureaus and workers’ compensation laws vary from state to state. 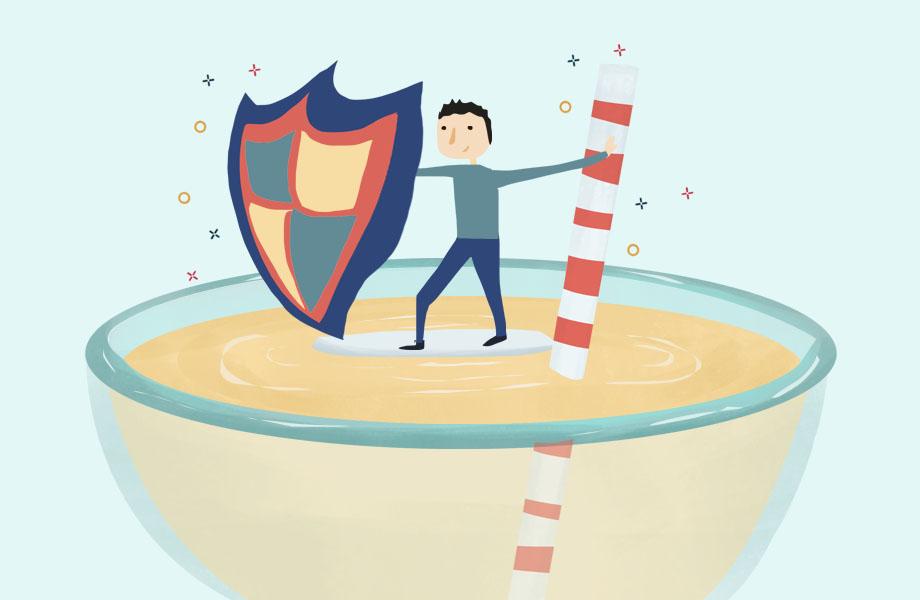 Do I Need Dram Shop Insurance? 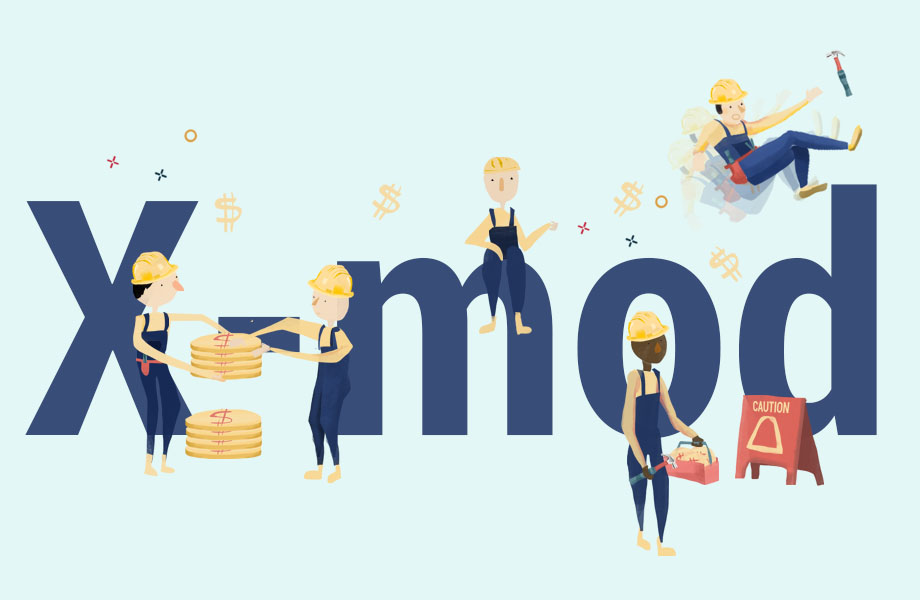 What Is an Experience Modifier (X-Mod)? 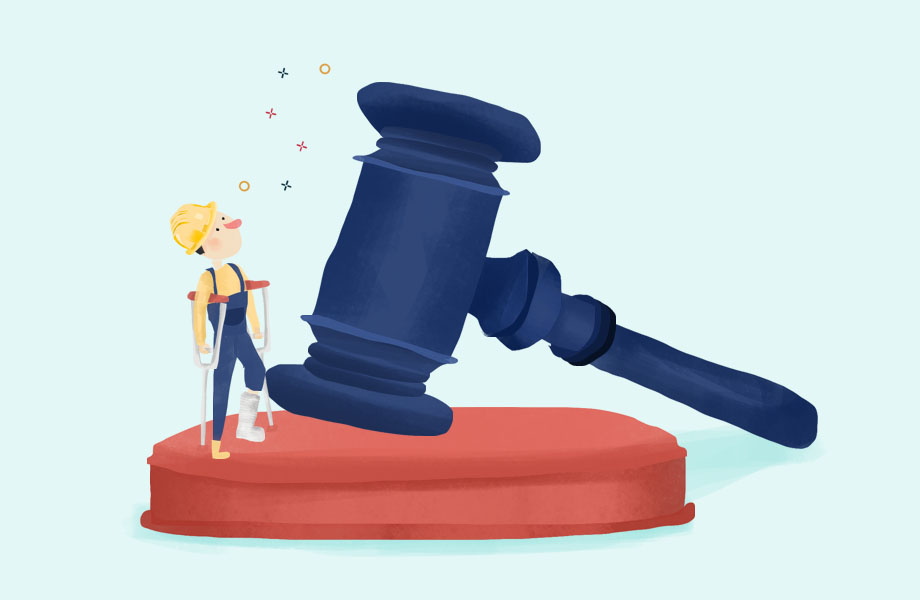 What Is Employers' Liability Insurance?

By
Marianne Bonner
11
min read
Thank you! Your submission has been received!
Oops! Something went wrong while submitting the form.