It’s no secret that burnout is a prevalent problem among today’s workforce. In 2019, the World Health Organization even classified it as an “occupational phenomenon.”

As a result, employers across the globe are trying out different ways to promote adequate work-life balance and support their employees.

One solution that’s continuing to gain steam around the world? A four-day workweek. New Zealand’s prime minister has encouraged employers to consider more flexible working options, including a shorter workweek. In fact, New Zealand company Perpetual Guardian is one of the pioneers of a four-day workweek.

Other countries are following suit. For example, Russia’s prime minister is standing behind a proposal to move to a four-day workweek. A Washington state senator introduced a bill to shorten the standard workweek to only 32 hours.

Nothing formal has been decided or rolled out, and many lawmakers and leaders say that this decision rests mainly with employers and their workers. With that in mind, there are a number of flexible and compressed scheduling options you could try out with your own staff—including a 4/10 work schedule.

A 4/10 work schedule is when an employee works four, 10-hour days and then gets three days off each week.

You might also hear this referred to as a four-day workweek or a compressed workweek. That’s because the “standard” workweek is often considered to be eight-hour days, five days per week—for a total of 40 hours.

They’re still full-time employees clocking in 40 hours each week. However, they’re fitting those 40 hours into four days instead of five. Here’s an example of an employee on a traditional work schedule compared with a 4/10 schedule:

That means employees on a 4/10 schedule should still have access to all of the same benefits and receive the same pay as if they were working a traditional schedule, because they’re still working the same number of hours.

Let's say you run a window cleaning company, and you want your team to be available outside of the traditional 9-5 schedule (so you can reach more customers). You might choose a 4/10 schedule to ensure your technicians can work for longer stretches of time each day, and to make technician scheduling easier for you. What are some other pluses and minuses of a 4/10 schedule? Let's dive in.

Like any other workweek schedule, this approach has some advantages and disadvantages—both for the employer and the employee.

Let’s cover some of the biggest benefits and drawbacks you should know as an employer.

1. Increased Employee Productivity: Of companies who have tried a four-day workweek, many noticed that the productivity and performance of their employees increased. Even though they’re working the same number of hours, that extra day off each week gives them more time to rest and recharge.

2. Improved Recruitment And Retention: Employees look for flexibility, so offering a different work scheduling option can be appealing to top talent. When Shake Shack tested the four-day workweek with their managers, they saw a spike in their recruitment—especially among women.

3. Happier And Less Stressed Employees: An extra day off each week also reduces employee stress and boosts their happiness and well-being—which means only positive things for your culture and morale. When Perpetual Guardian tried a four-day workweek, their founder says work-life balance increased from 54 to 78 percent, while stress levels went down from 45 to 38 percent.

1. Perceived Inequality Among Workers: You might not be able to provide all employees with this scheduling option, as it could work better for certain departments or types of workers. That can breed resentment, frustration, and a sense of inequality among your staff members who want this option. They might want to take advantage of increased flexibility with childcare and longer weekends, and become discouraged when this option isn’t available to them.

2. Not One-Size-Fits-All: Some employees might be itching to try a four-day workweek, while others aren’t so excited. This schedule doesn’t work the same for everyone. For example, one Dropbox employee said it wasn’t compatible with his work, especially when other teams were still working five-day workweeks.

3. Staffing Challenges: That leads to another disadvantage. Offering different work schedules to employees can introduce staffing challenges. In many cases, you’ll still want an employee to be available to customers and vendors five days per week, which means you’ll need to schedule accordingly.

Is A 10 Hour Workday Too Long?

There’s another conversation that comes up when considering a move to a 4/10 schedule: Is a 10-hour workday too long? Can employees really be focused and productive for that extended amount of time?

Well, it depends—and the science and research is still sort of undecided.

On one hand, having a three-day weekend each and every week can be a great boost for mental health and work-life balance. Plus, when employees need to schedule healthcare appointments, home repairs, and other personal commitments, they have a free weekday to do so—without using any paid time off (PTO).

On the other hand, working 10-hour shifts on a regular basis has some pitfalls. As the Occupational Safety and Health Administration explains, those longer working days and hours can lead to:

So, there are two sides to the argument that seem to contradict each other. Less working days means better balance, but the longer hours have their own set of drawbacks.

Keep in mind that there isn’t one black and white answer here. You’re free to try out some different work schedules to see what works well. Additionally, it’s smart to connect with your employees frequently to ask them:

That way, you can keep morale, engagement, and productivity high, while also landing on the work schedules that are the best fit for your staff.

How Do You Schedule Employees On A 4/10 Schedule?

You’ve decided that you want to give this compressed schedule a try and have your employees work a four-day workweek, with 10-hour days. Now what? How do you schedule them accordingly?

Your first step is to determine if you’re going to give everybody the same extra day off (i.e. your entire company is closed down on Fridays), or if you want to spread out that time off so that your company is open all five workdays and your staff is allocated to cover it.

If you opt for the former, things are pretty simple: You just need to decide which day of the week you’re going to give all of your employees off. Then, extend each of the remaining workdays by two hours to make up for that day. So, for example, your four-day schedule might look like this:

If you want to remain open five days per week and always have employees on staff, then your easiest option is to split employees into two groups. We’ll call them Group A and Group B. Group A would get one day off (we’ll say Monday), while Group B gets a different day off (Friday, for example). Then, your schedule might look like this:

This way, both groups of employees are working a four-day workweek, but your business is still open and operational all five business days.

What Other Alternative Work Schedules Are Available?

If you’re looking for other ways to move away from the standard workweek of eight-hour days, five-days per week, a 4/10 work schedule isn’t your only option for a compressed workweek.

Many employers also pursue a 9/80 work schedule, where an employee works eight nine-hour days, one eight-hour day, and take one day off over a two-week period. That means they’re still working 80 hours in a two-week pay period, but spread over nine days rather than 10 days (hence the name 9/80).

One of those schedules isn’t inherently better than the other—they’re just different.

Is A 4/10 Work Schedule Right For Your Business?

Some companies and employees love a 4/10 schedule, while others just can’t get behind the longer hours it requires.

Remember, there isn’t a one-size-fits-all answer for every single business and every work schedule option has it’s pros and cons. Ultimately, it’s up to you to weigh those advantages and disadvantages, connect with your employees, and identify the right schedule for your team. 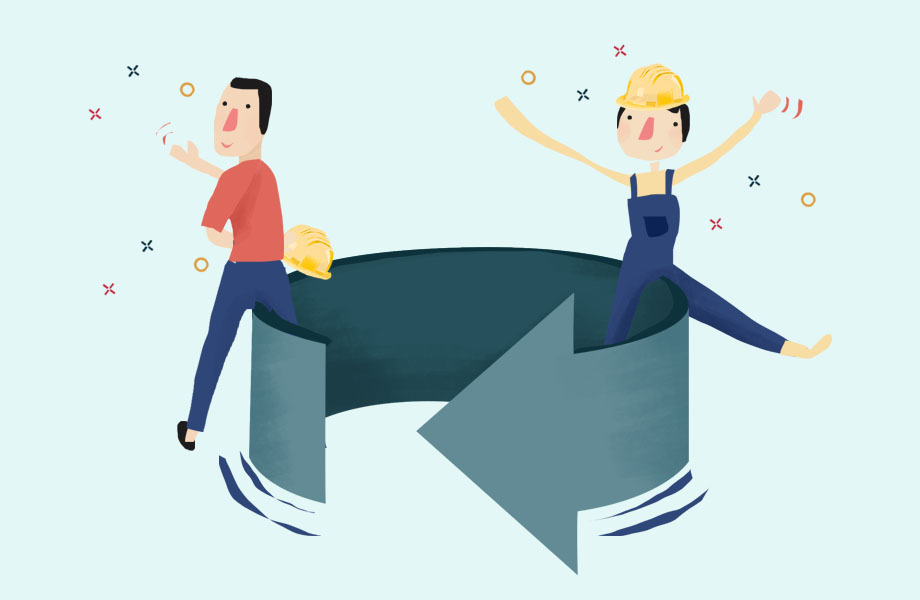 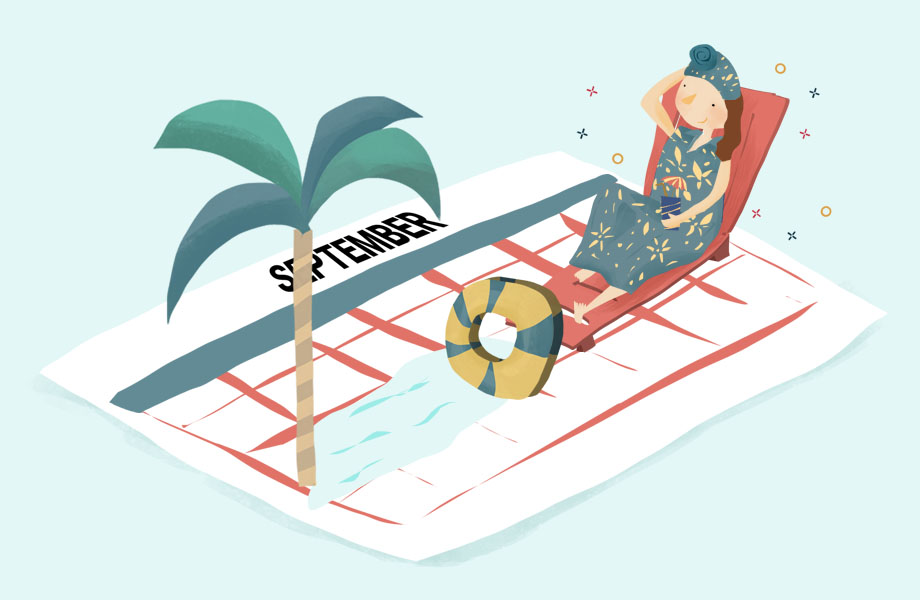 Do You Need to Offer Employees Unpaid Time Off? 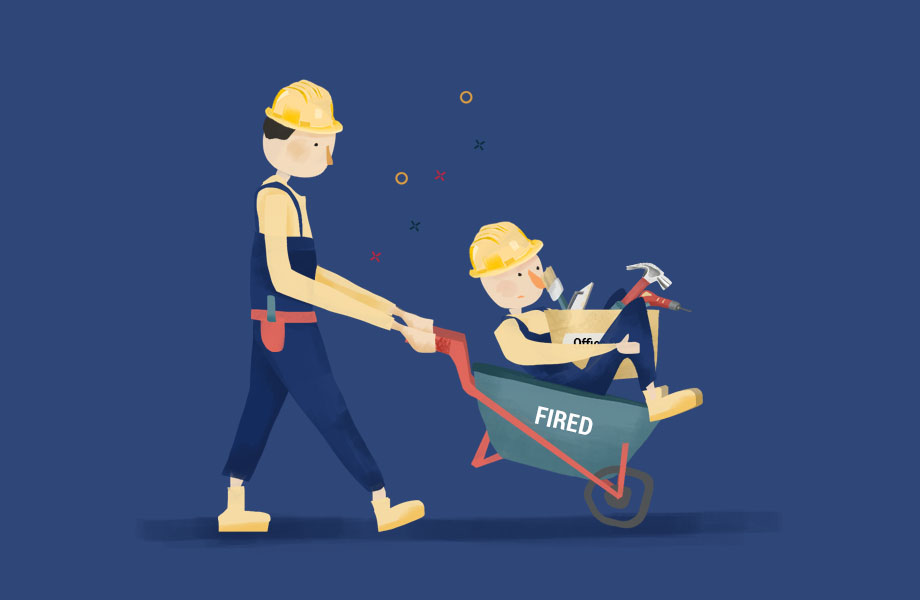 When And How To Fire An Employee: A Step-By-Step Guide