Every summer in Portland, Oregon, about 500 cyclists gather at a park on the east side of town for an annual tradition unlike any other. They all proceed to strip down–many people strip all the way down–and get on their bikes for the annual “World Naked Bike Ride.” The ride is labeled as a “protest against indecent exposure to vehicle emissions,”  and of course, it’s all in good fun…until (as my mother might say) someone gets hurt.

Last year, it was an accountant named Lanny who got hurt, but not in the way you might imagine.

Not surprisingly, the World Naked Bike Ride gets a lot of media and social media attention. While Lanny was smart enough to not publicly post a picture of himself in flagrante delicto on a bike, one of his cohorts was not that smart, and that is where all of Lanny’s trouble began.

Lanny’s boss, a partner at a major accounting firm, saw the picture of Lanny riding naked down the street and promptly fired him, saying it was conduct unbecoming of a member of their firm.

Lanny’s second problem was that he had no recourse.

Lanny’s boss had a right to fire him for this, even though it had nothing to do with work and even though Lanny was off the clock when he was riding. Lanny protested his firing, saying he had a right of free speech and assembly, and even though that’s true, this is actually a fairly simple case of a person doing something in their private time that might hurt the company (clients may not want to hire accountants who ride naked through the streets), and as such, Lanny was legally fired.

Indeed, the lesson from this case is that most employees can be let go at any time for any reason, or no reason, or even a naked reason, and there is not much they can do about it.

That said, such firings are not clear cut and there are in fact times when what you do in your private time cannot be used against you, even if your boss does not like it.

The best way to understand this is by looking at a few examples of permissible, and then impermissible, private activities, but before we get there, a little legal background is necessary for context (but I promise, it will be just a little and I will make it as painless as possible, even if my lawyerly background makes me want to drone on!)

The general rule in the United States is that, unless there are specific reasons otherwise, employees are considered “at-will.” This means that they work at the behest of their employer and can be fired at any time for almost any reason:

At-will means just that. You work at the will of your employer. At-will means that either of you can end the work relationship at any time, for any reason or no reason, with or without cause and with or without notice. Your employer can let you go for good reasons, or bad reasons, or no reasons. As such, if you do something on your own time which the boss does not like, you may be out of luck (and a job.)

Given that, it may seem obvious to you that your boss needs no reason to fire you and that would sort of be correct. Let’s look at some situations to give you additional clarity, and then explain why I said, “sort of,” because fortunately, there are also times when your private actions cannot be used against you.

You would think that your private musings on social media pages while you’re not at work would be private and not subject to an employer’s prying eye.

You would be wrong.

So even though you may want to complain about your boss on your Twitter feed, if the boss learns of it, you might get canned. This is also true if your posts have nothing to do with your job but are, say, offensive, or racially inflammatory. It is important to remember that social media is social. It is rarely private. It is public, and if what you write gets out and your job doesn’t like it or it puts the business in a bad light, you could be in hot water.

(Note: If you live in a state with strong privacy protections, or the firing is in retaliation for your political views expressed online, that would be a situation that is protected, and this is discussed below.)

Now, maybe you are thinking to yourself, “Hey, don’t I have a First Amendment right to free speech?”

Yes, but that is irrelevant.

The First Amendment states that “Congress shall make no law abridging the freedom of speech…” This means that, while there may be no laws prohibiting you from kvetching about your employer on your blog or Instagram feed, that does not mean that your company has to blithely accept whatever it is you post about them.

So while yes, you do have “freedom of speech” to write whatever you want (Congress has passed no law preventing you from doing so), that does not mean there will be no repercussions.

But let’s note this too: In most cases, a company would not fire someone simply because they had a private blog. Instead, trouble typically erupts when the blogger complains about the company, or writes something that reflects poorly on the business, or has a take that might be offensive to clients.

The moral of this part of the story is that if you don’t want your employer to know about your unhappiness at the job, or drug use, or propensity to riot, there is an easy solution:

Needless to say, illegal drug use in your private time can be used against you. Many companies make the passing of a drug test a condition for employment and that alone should serve as a warning that the business means business when it comes to illegal drug use.

But what about legal drug use? Let’s say that you have a medical marijuana card but that you test positive for marijuana. Legal?

This is a good page that can help you better understand your rights in the workplace vis-à-vis drug use.

Weekend Job or Side Hustle

Can your job prevent you from having another job or a side-hustle, even if it does not interfere with your work?

The answer is probably yes.

Instead of sneaking, it would behoove you–rather than taking your chances and hoping they don’t find out–to instead speak with your supervisor or the human resources department. Explain why you need the second job, tell them that they are still your main priority, and ask for accommodation. After all, if they hired you, they like you and want to keep you.

OK, so you get the basic idea: In many situations, an employer can indeed take what you do in your off-duty, private life and use it to dismiss you. But not always. There are exceptions, and they are these:

First, if you have an employment contract, the company needs a justifiable reason to fire you–especially if it is upset with something you do away from the job. This is also known as “cause.” Cause typically means that you did not perform your job properly, or you failed a required drug or alcohol test, embezzled from the firm, that sort of thing.

So here, the rule is: If you have an employment contract (most of us do not), or an employee handbook that permits such activities, your private actions usually do not constitute a firing offense, unless those actions negatively affect the business.

Another time when your private actions are protected from Big Brother, err, I mean, your boss, is when your actions are legally protected and the reason for firing you violates the law. For example,

Some states (New York, California, Colorado, and North Dakota) take these federal protections even further, specifically passing labor laws and other related state laws that prohibit employment discrimination against employees who participate in legal activities outside of work. But even here, the law is not 100 percent—if the conduct in question presents the company in a bad light, or is in conflict with the business, it may not be protected.

Similarly, if the company discovers the “questionable” activity by violating your privacy rights, that too is impermissible. Many states have a “right to privacy” as part of their state constitution and when that is the case, the business cannot fire you if it intrudes into areas of your life where you have a “reasonable expectation of privacy.”

The National Labor Relations Act (NLRA), makes it illegal for an employer to monitor employee union activities, and this includes offsite meetings and gatherings. Similarly, while, as we have seen, your online activity is ripe for problems with the wrong employer, if that activity relates to the union, or forming a union, it is likely protected speech.

Some states protect your right to engage in political activities outside of work and other states prohibit discrimination based on political affiliation. Similarly, being a whistleblower is usually protected under either state or federal laws.

If you are an at-will employee, your private actions, if they become known to your employer, can indeed be reason to let you go.

Similarly, if the company lays out rules and expectations in its employee handbook, you are therefore on notice of what can be used as a basis for termination. If it says you cannot engage in any activity that is a “conflict of interest” for example, then a weekend gig may be verboten. A bank might limit a teller’s right to gamble. A transit company may demand that its drivers do not drink in the 48 hours before a shift. All of these are OK.

First, if you are worried about what you do outside work might be problematic, speak with an employment attorney in your state. Getting some legal advice from an employment lawyer is much easier than finding a new job.

Second, as you can see, often, people who get into trouble with their activities outside work end up that way because the employer discovered what they do outside work hours by monitoring their employees’ social media pages, seeking to learn about their staff’s non-work activities (whether it is their business or not). As you know, that is actually fairly common these days.

As such, the solution is obvious. Don’t give them anything to worry about. I am not saying do not post on social–that is unrealistic–but maybe don’t post that picture of you at the World Naked Bike Ride. 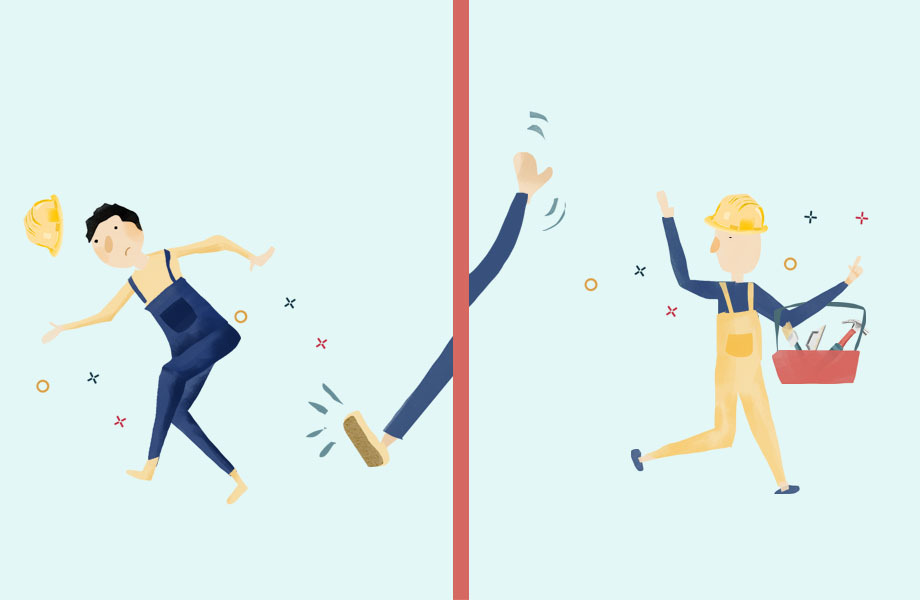 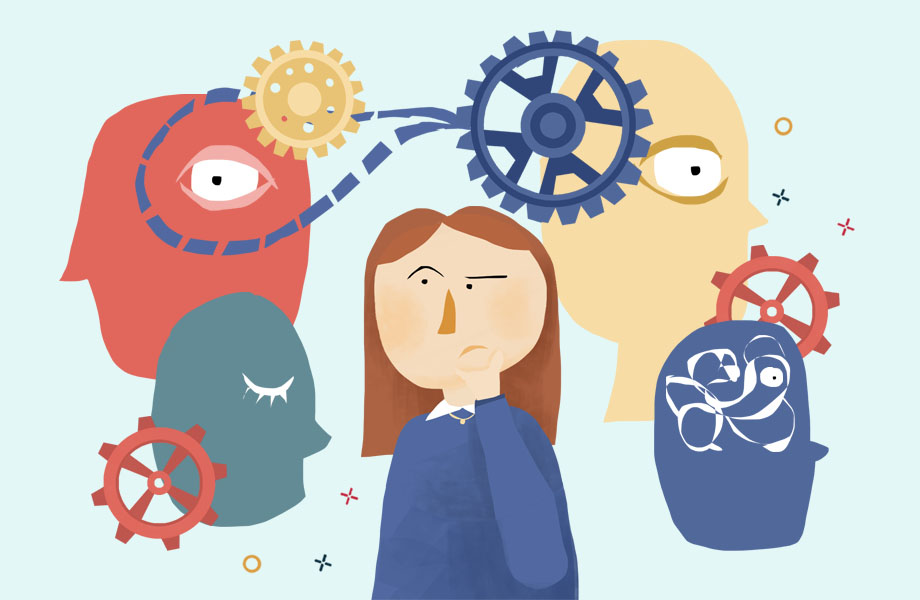 Examples of Unconscious Bias in the Workplace 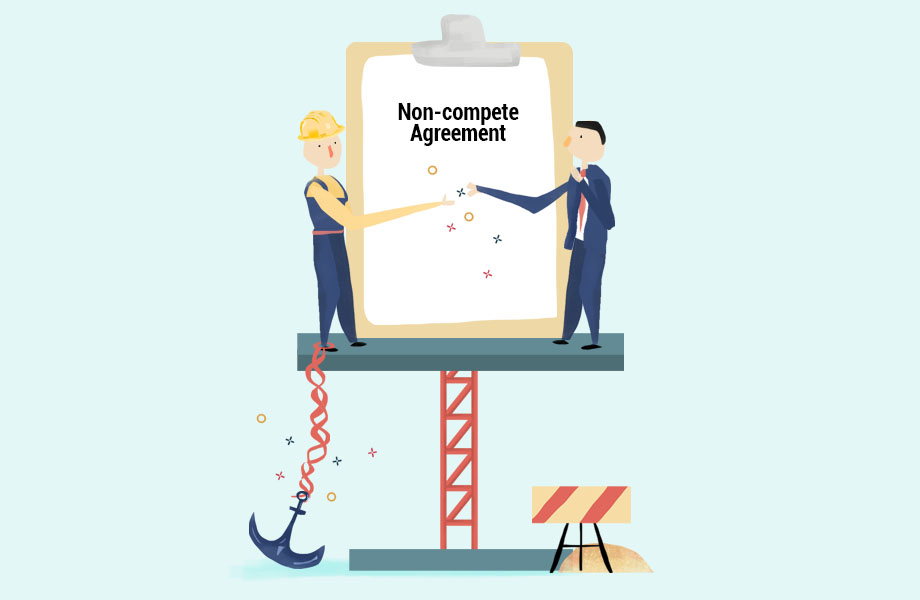 Is Your Non-Compete Agreement Enforceable?

By
Steve Strauss
11
min read
Thank you! Your submission has been received!
Oops! Something went wrong while submitting the form.