Many people believe their jobs are safe unless they do something wrong or perform poorly. But that isn't always the case.

At-will employment means an employer can fire a worker with or without cause, and the employee can also quit without giving any notice. However, there are exceptions, and employees may take legal action if they feel you fired them wrongfully.

For that reason, we'll cover all there is to know about at-will employment in California and how you can legally fire an employee without attracting lawsuits. So let's dive in!

Is California an At-Will State?

But What Is At-Will Employment in California?

At-will employment means that you can fire an employee for any lawful reason or no reason at all. You don't have to show cause, give warnings or multiple chances, or have a hearing.

On the flip side, workers can also quit their jobs whenever they want without giving any notice.

That said, at-will employment in California doesn't apply to certain types of employees, including:

What Qualifies as Wrongful Termination in California?

Even though you can fire an employee with or without cause, federal and state laws prohibit you from terminating an employee for unlawful or illegal reasons. Even in an at-will state, there are some employment rights.

So, the California Fair Employment and Housing Act (FEHA) forbids employers from firing at-will workers for several reasons, including:

For example, say you want to merge two positions in your company, meaning you'll have to lay off one employee.

You can't base your decision on who to lay off on gender, race, or sexual orientation. You also can't base it on a person's disability or target another protected class. Doing so could result in a lawsuit for unlawful termination.

Now, let's look at some exceptions to at-will employment in California.

What Are the Exceptions to At-Will Employment in California?

While California's labor code assumes that workers are employed at will, the legislature and California courts have created some exceptions.

Let's look at each one:

An implied contract isn't a written or verbal one—it's a contract communicated through the actions of the people involved. Implied contracts are legally binding.

In this case, an implied contract exception means you did specific things that gave hope to an employee that you wouldn't fire them without reasonable cause or that they'd continue working for you for a certain timeframe.

So, if an employee were to sue you for wrongful termination, the court would look at the following to decide if your employment relationship had an implied contract:

For example, say an employee has worked for a company based in Los Angeles for eight years, and during their time there, they had excellent reviews. The company's employee handbook lists several reasons workers may be fired, including poor job performance and misconduct.

The employee is later fired without warning. In that case, the employee may sue for wrongful termination because of the implied contract exception.

That said, it's important to note that the implied contract exception only means you can't fire an employee without good cause based on your company's policies. It doesn't take away your right to terminate a worker who behaves badly or performs poorly.

The covenant of good faith and fair dealing essentially says a business can't prevent an employee from getting the benefits of their employment agreement (i.e., act in bad faith). It applies when there's a contract—written, verbal, or implied—explaining when you can terminate an employee.

Some examples of bad faith include:

For example, say it's company policy to only fire workers for poor job performance. If you fire an employee who always has positive reviews because, say, your children got into a fight with each other, you'd be violating the covenant of good faith and fair dealing, giving the worker a chance to sue you.

The public policy exception allows at-will employees to sue their employers if they fire them because they:

When an employee takes a wrongful termination case to court under the public policy exception, the courts will look at the following:

If an employment lawyer can't convince the court based on those four things, the court may throw out the case.

For example, say an employee discovers their organization is bribing city councilors to support projects they're developing. The boss tells the employee to lie about the bribes, but the worker refuses. The boss then fires the employee three days later.

In this case, the terminated employee may have a wrongful termination claim against the boss under the public policy exception. If they were to go to court, they'd have to show a clear connection between their actions supporting the law and how that led to them being fired.

Do Whistleblowers Get Protection from Retaliation?

Yes. The law also protects employees who give information to the government or law enforcement agencies about a violation of state or federal laws, including:

For example, one of the more recent California labor laws, AB 701, protects employees from retaliation when they report unsafe quotas to the appropriate authorities. That is, an employee is required to meet a quota that violates their right to a meal or rest period or makes them break any occupational health and safety law.

It's important to note that employees don't need to completely prove that a violation occurred. Just suspecting illegal activity is enough to qualify as a whistleblower.⁠

Can You Fire an Employee for Taking a Leave of Absence?

No. The California Family Rights Act (CFRA) and Family Medical Leave Act (FMLA) allow workers to take up to 12 weeks of leave for specific family and medical reasons, such as the birth of a child or a serious medical condition.

Previously, workers could take protected leave to care for registered domestic partners, spouses, children, grandchildren, parents, grandparents, and siblings. But now, employees can also use their family sick leave to care for a parent-in-law.

There are many other forms of protected leaves of absence. For example, you can't fire an employee who takes a leave of absence to enter military service. You have to let them return to work once they finish their service.

Make sure to get legal advice if you're unsure about any situation regarding a leave of absence.

Now, knowing you'll be on the hook if an employee sues you for wrongful termination, how do you legally fire them? Let's get into that right now.

How Do I Legally Terminate an Employee in California?

Firing a worker should be your last resort. Most companies offer feedback to employees about issues before resorting to termination.

If they clean up their act, well and good. If not, you must put yourself in a strong legal position before firing them.

How do you do that?

Essentially, you'll want to create a paper trail so the employee isn't surprised when they're fired. Here's how to do that:

After firing the worker, filling that open position with a qualified employee becomes the next important thing. The good news is that Hourly makes it simple to onboard new hires. Just text them a link to join Hourly, and they can add all the info you need to add them to the payroll from their phone.

Communicate with Employees to Protect Your Business

No one likes surprises in the workplace—especially when it comes to getting fired. The best way to avoid that? Communicate with your team members if they have frequent performance issues. And follow up to make sure those issues are resolved. Meanwhile, make sure to document every step of the way—so you can protect yourself from lawsuits down the road.

And as part of the onboarding process, let them know about California's at-will employment and termination laws. That way, everyone knows what is expected—if they do well, and if they don't.

Want to double check that your policies are sound? Get in touch with an employment law firm to run through your thoughts. It always helps to have an expert pair of eyes on things. 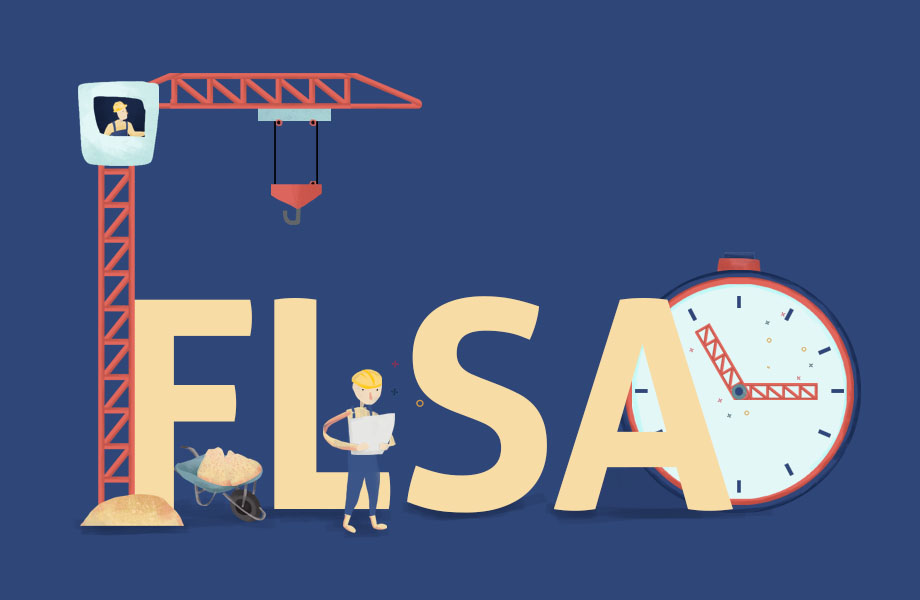 What Is FLSA Status (And Why Does It Matter)? 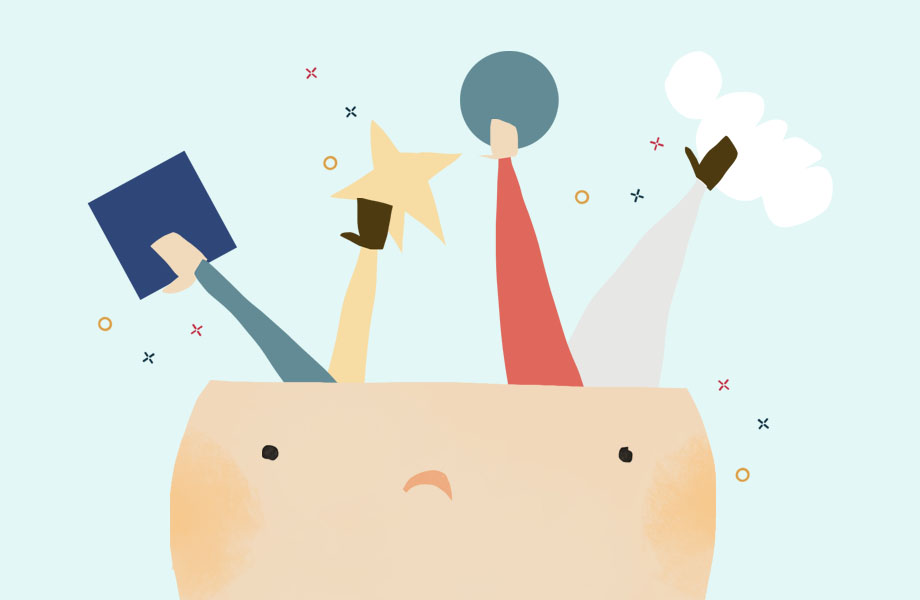 What Is Cognitive Diversity? 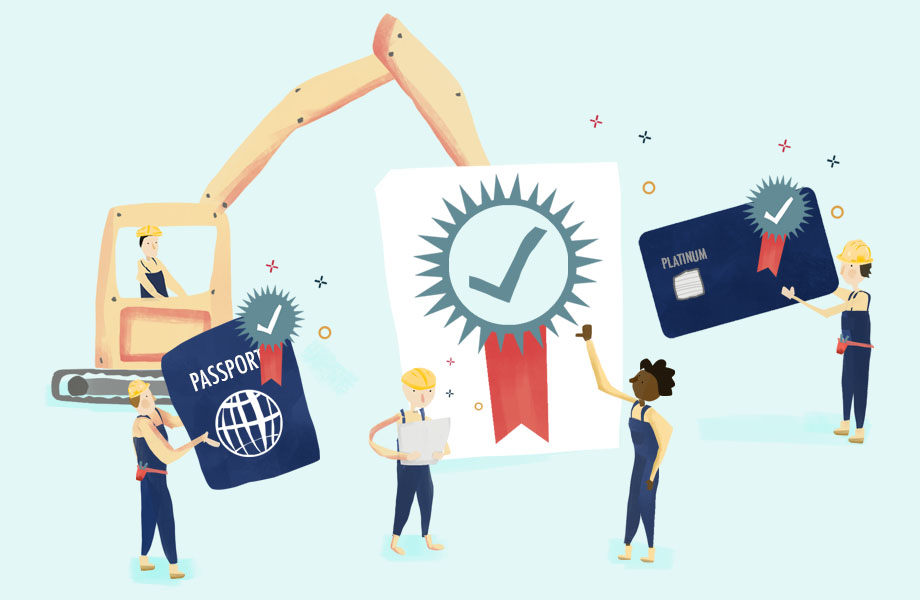 How Do I Provide Verification of Employment? Free Templates!