It's not an understatement to say that the workers' compensation system is complicated. And as a business owner, you probably have questions—including "once a claim is approved, how long does workers' comp last?"

It's an important question, especially for an employee counting on workers' compensation benefits to make ends meet financially.

In this article, we'll take a look at some of the factors that play a role in determining the average workers' comp duration and how that may impact you or your employee.

What is the Average Time on Workers' Comp?

In general, workers' compensation benefits last as long as the employee is unable to work or until they reach maximum medical improvement (MMI), which is when their treating physician feels there won't be any further improvements to their health.

At that point, they may be eligible for long-term disability, which can keep providing them with income and medical benefits. How long do those benefits last? That's determined by the type of insurance policy you have, the settlement that was reached, and the severity of the disability.

Another factor? If the employee and insurer are not able to come to an agreement for a settlement, or if the insurer denies the claim, the case may go to trial—which can take several months to years. During this time, the insurer may be required to pay medical bills as needed, but the disability payments may also be deferred until the trial is resolved. Again, the exact rules on this are determined at the state level.

It's a good idea to speak with your insurance agent to firm up the details of every claim, so you—and your employee—know what to expect.

There are several types of workers' compensation benefits that come into play following a work-related injury, and each may have a different duration. The length of time they are paid will vary based on a variety of factors, including the circumstances of the injury.

Here are the basic benefits that fall under the category of workers' compensation coverage, along with the length of time they usually cover:

In general, workers' compensation will pay 100 percent of an employee's medical expenses for as long as they're injured—and can still improve with medical treatment.

In some cases, the injured worker will receive a one-time payment in a lump sum that is intended to pay for all medical costs related to the injury, both at the time of the accident and any potential costs in the future. This is called a compromise and release settlement.

The other type of settlement is called a stipulation and award. Here, medical bill payments may continue for as long as the employee needs health care for their injury—which could be years, up to the employee's lifetime.

Determining what kind of settlement is used for a claim is something that the injured employee and insurer work out based on a number of factors, including the kind of medical care needed and the extent of the injury.

Sometimes the injured worker will hire a workers' compensation lawyer for legal advice on how to get their medical bills, lost wages, or disability payments covered.

In general, wage-loss benefits cover a portion of an employee's wages until they can fully get back to work—or until a doctor has decided their condition won't improve any further (at which point they'll need to get long-term disability).

Here are the different types of disability benefits (and other related benefits)—and how long they last:

The worker has lost some of their ability to work temporarily but may be able to perform light duties at their place of employment. This will be determined as a percentage— for example, they may be considered 25 percent temporarily disabled if their doctor feels that they can't do a quarter of their work. A temporary disability wage benefit will make up the difference—up to a certain amount of money and weeks (which depends on state laws).

This occurs when the worker is completely unable to work, but it is considered a temporary condition. The doctor believes they will be able to return to work once they've healed. The benefit is typically based on the employee's average weekly wage at the time of the injury and may be subject to a max amount of money and weeks (based on state laws).

This comes into play if an employee is permanently unable to earn the same amount of salary as they did before the accident but may be able to work in some capacity, whether for their previous employer or in another field entirely. These benefits are spread out over a fixed number of weeks, which vary by state.

For example, in California, permanent partial disability payments are paid based on the percentage of the disability times five weeks. So, a permanent disability rating of 20 percent would mean an employee receives the benefit for 100 weeks.

But how do they figure out how much an injured worker gets for this benefit?

These benefits are based on a disability rating that the injured worker is given once it becomes clear that their injury has lasting ramifications. An independent medical professional will complete something called an impairment rating evaluation, or IRE. This may also happen if the employee has received the max temporary partial disability or temporary total disability.

In these cases, a determination is made on a percentage scale of 0-100 of the employee's level of impairment. A higher percentage rating means a more fully disabled worker. This percentage is used to determine if the employee can return to work eventually, even if there are work restrictions that must be considered, and if not, whether their temporary disability benefits should be switched over to permanent partial or permanent total disability. Someone with a lower percentage might be eligible to return to work part-time or to a light-duty position with their employer.

The percentage given to the employee becomes the basis for their payment amount. For example, if a worker loses part of their vision as a result of a job injury, they might be considered to have 28 percent less future earning capacity.

In this situation, a worker's ability to earn a wage has been permanently lost. This only occurs in serious cases, such as when an employee is completely blinded or suffers a traumatic brain injury. Permanent disability payments may last for the rest of the employee's life or until the worker reaches what would have been retirement age, depending on the state.

Another type of payment that an employee may receive if they have a permanent partial disability from a workplace injury is called a supplemental job displacement benefit. This money is meant to help a worker learn a new trade if they can no longer do the job they had before they were injured. For example, a construction worker who sustained a permanent back injury might use this money to learn how to become an IT programmer, a job that they are able to do despite their injury.

In California, this is a voucher of up to $6,000 that can be used to pay for the services of a placement agency, a return-to-work counselor, or a resume preparation service. It can also pay for vocational training tuition, books, tools, or other expenses needed during retraining. The worker has two years from the time of receiving the voucher to use it for the purpose intended.

These benefits are for the surviving family members of an employee who has died from a workplace injury. They help pay for the costs associated with their loved one's death and give them some financial support as they grieve and adjust. They're usually paid out in a lump sum and last as long as the family uses those funds.

In California, if a worker is killed on the job, workers' compensation insurance offers payments of $10,000 for burial expenses. There may also be a payment to dependents if they are under 18. A single dependent would receive $250,000, while two dependents would split $290,000, and three or more would split $320,000. Other states may offer a different amount.

State laws mean an injured staff member in Georgia, for example, might have different rules and regulations regarding their injury than a worker in Arizona. In all cases, it's never a bad idea to review the website for the Division of Workers' Compensation in your state. There you should find information and answers to common workers' compensation questions.

Let's take our sample state—California—and review some of the other deadlines and time limits for workers' comp benefits. Here are a few dates to remember if you're involved in a workers' compensation claim in the Golden State:

Most states have similar deadlines, but they may vary.

Does My Employer Have to Hold My Job While on Workers' Comp in California?

The short answer: yes. An employer may not fire an employee just because they were injured or filed a workers' comp claim. The employee may voluntarily leave their job, and if they are placed on permanent total disability, they will not be going back to that position anyway, but the employer may not terminate their employment solely because of the injury.

The employer is also required to provide reasonable accommodations to a recovering employee who is receiving temporary partial disability payments. So, for example, consider an employee who was previously a warehouse worker who routinely lifted fifty-pound boxes.

If they injured their back, the employer might be instructed to find a job that doesn't require lifting for the employee. If no such jobs exist, the employee would not be required to return to work until they are fully healed.

Whether you're a business owner or are trying to negotiate your own case, the more you know, the better prepared you will be. Hopefully, you understand now the many factors that play into determining how long a claim will last and can answer questions from your employees or, if you've been injured yourself, can plan for the benefits that may be coming your way. 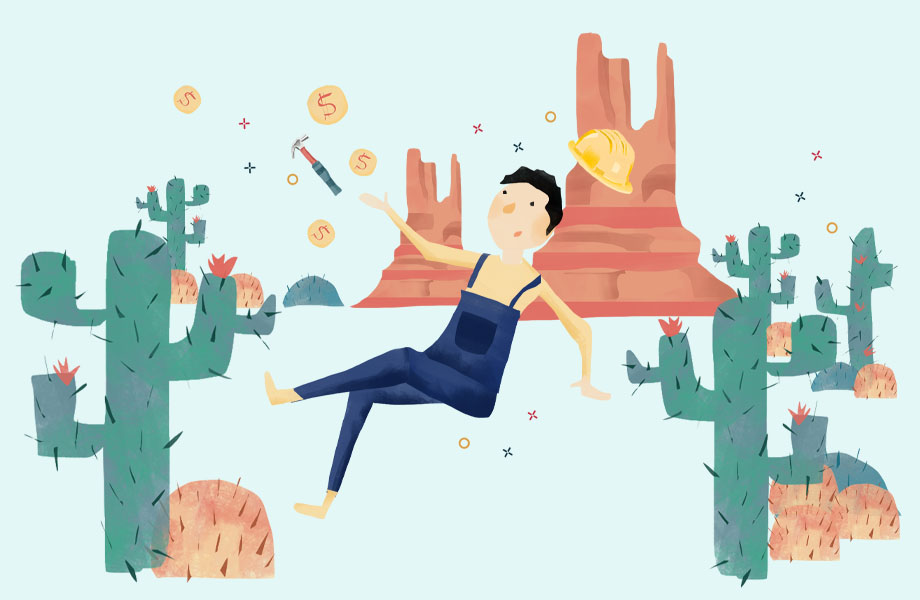 The Small Business Guide to Workers' Compensation in Arizona 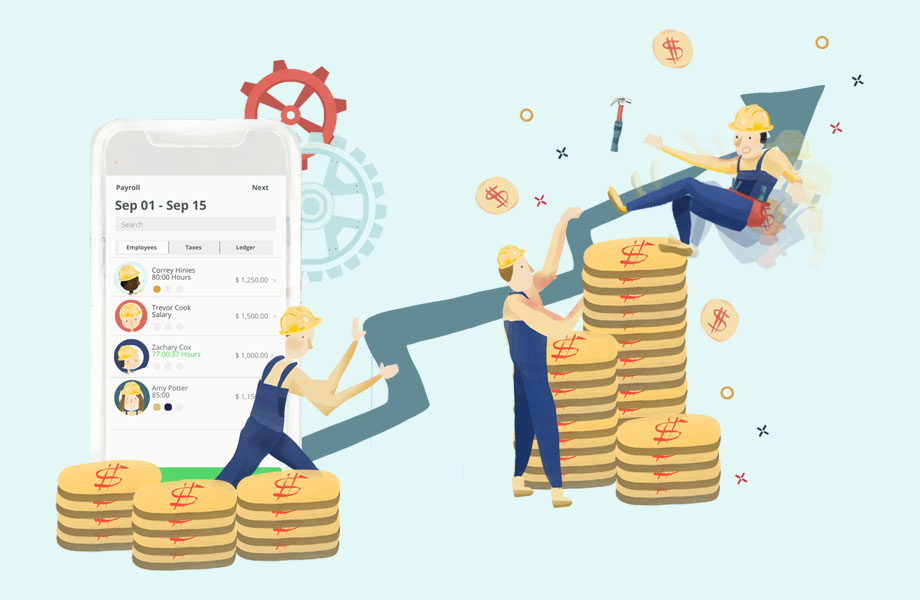 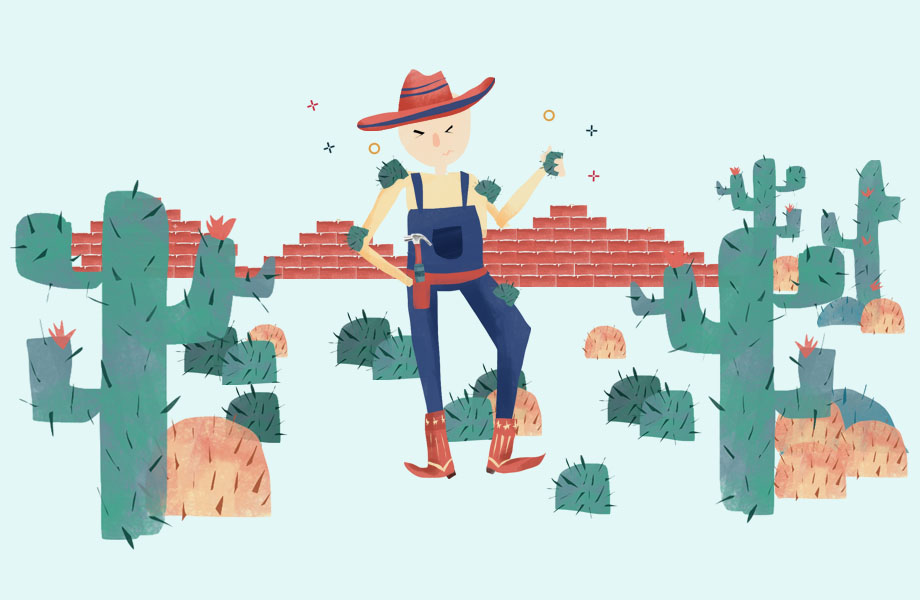 Do I Need Workers' Compensation Insurance in Texas?

By
Mary Van Keuren
10
min read
Thank you! Your submission has been received!
Oops! Something went wrong while submitting the form.