Even if you love your job, you probably wouldn’t clock in day in and day out if there wasn’t a paycheck involved. Let’s face it—pay matters.

Research from LinkedIn found that 70% of professionals want to hear about salary in the first message from a recruiter, and 59% of candidates said that salary was the leading factor that contributed to feeling fulfilled in their careers.

With all of the conversations around the skyrocketing cost of living and potentially increasing the minimum wage as a result, we can’t blame you if this question is rattling around in your brain: If you’re already above minimum wage, will your pay go up because minimum wage did?

It’s a totally justifiable question. We’re answering that (and even more burning questions about minimum wage) in this guide.

What is the current minimum wage?

The national minimum wage rate is established in the Fair Labor Standards Act (FLSA). Currently, the federal minimum wage for covered, nonexempt employees is $7.25 per hour. But, that doesn’t mean that all low-wage workers across the country earn that rate.

Many critics assert that $7.25 per hour is hardly a living wage, especially as the cost of living has continued to rise. So, with more and more people pushing for a higher hourly wage, many states (and even individual cities) have passed minimum wage increases.

For example, here’s a look at the current minimum wage in several different states:

Will there eventually be a higher minimum wage?

The conversation about raising the federal minimum wage isn’t a new one. In July of 2019, the United States House of Representatives voted 231 to 199 to raise the minimum wage to $15 per hour.

But, don’t get too excited quite yet—momentum has completely stalled since then, and that new minimum wage hasn’t been implemented. The bill has died in the Senate, and it was never even voted on. Lawmakers were hesitant, as the Congressional Budget Office claimed the increase could lead to job losses in the millions.

So, while the Raise the Wage Act garnered plenty of support, there are no firm plans currently in the works. However, minimum wage continues to be a topic of conversation, as cost of living continues to rise (the Bureau of Labor Statistics says it rose by 2.3% from 2018 to 2019). Additionally, nobody knows what could happen with future administrations in place.

Here’s the short answer: not necessarily.

However, while it won’t be mandated, it’s likely that many companies would boost the pay rates for their other workers too. Here are a few reasons why:

Despite the fact that a minimum wage increase would result in a trickle effect of higher labor costs across their entire company, a survey conducted by the National Employment Law Project found that a significant portion of employers were in favor of raising the federal minimum wage. In fact, 61% of small business owners supported a minimum wage hike.

Minimum wage matters for both sides of the equation

For wage earners, an increase in the federal minimum wage could be good news. It would mean that employee pay rates could better keep up with the ever-increasing cost of living, and the boost for low-wage workers would likely trickle through the business and positively impact other employees too.

It’s not all bad news for business owners either. While increasing pay across the board would mean substantially higher labor costs, they’d reap the benefits in terms of morale, engagement, and retention.

Benefits aside, there aren’t any firm plans in place to increase the minimum wage. Numerous states and cities have taken matters into their own hands, but there haven’t been any sort of changes in federal law quite yet.

So, for now, employers and employees alike can only sit back and watch as the conversation unfolds. In the meantime, this guide will help you figure out how to move forward if and when a federal minimum wage increase goes through. ‍ 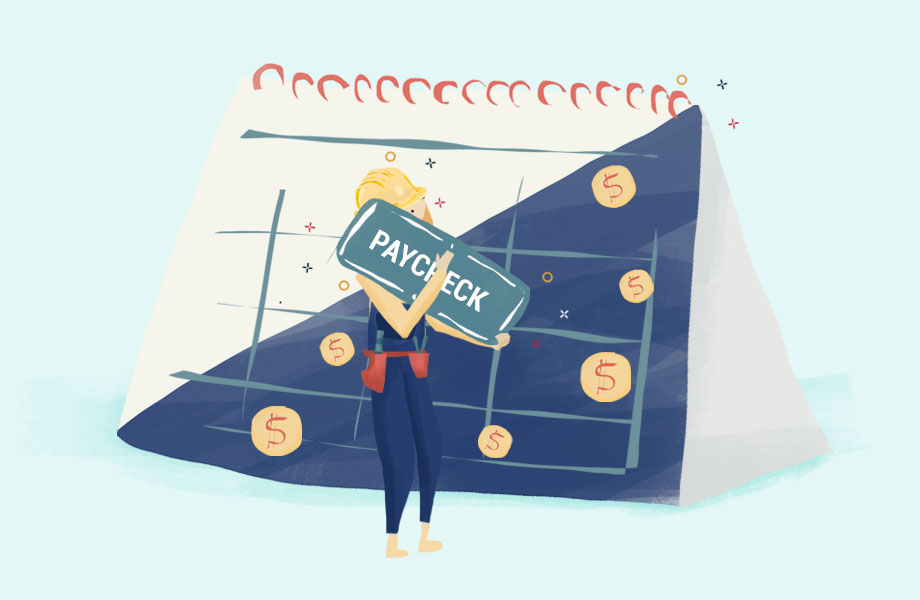 What Is a Prorated Salary and When Should I Use It?