If you’re an employer in Arizona, you should know that Arizona sets its own minimum wage, which is higher than the federal one.

But that minimum wage can (and does) change—and, as such, keeping a tab on the state’s minimum wage increases is essential to comply with payroll and labor laws. So, what’s the current minimum wage in Arizona, and is it going up anytime soon?

What Is the Minimum Wage in AZ?

The state’s minimum wage has steadily increased over the years, according to this schedule:

How Is Minimum Wage Determined in AZ?

The minimum wage in Arizona is determined by the Industrial Commission of Arizona (ICA). ICA has the option to increase the rate on Jan. 1 of each year. That decision is made based on the increase in the cost of living, which is measured by the Consumer Price Index (CPI).

Specifically, Arizona looks at the change in the cost of living from August to August to decide how much to raise the minimum wage.

Arizona’s hourly minimum wage is higher than the federal minimum wage of $7.25 per hour, which is mandated by the U.S. Department of Labor in the Fair Labor Standards Act (FLSA).

However, Arizona doesn’t have the highest minimum wage in the United States.

California is the state with the highest minimum wage in 2022 at $15.00 per hour for large employers (26 or more employees) and $14.00 per hour for small businesses with 25 or fewer employees.

How Much Does Someone Making Minimum Wage Earn in Arizona?

An employee who works a full-time workweek of 40 hours will make $512 per week at the state’s minimum wage. If that employee works full-time, and 52 weeks in a year, they’ll receive an annual salary of $26,624 before taxes.

So, what will they take home after taxes?

In total, here are the income and payroll taxes someone earning minimum wage in Arizona has to pay in 2022:

After deducting income and FICA taxes, an employee working full time and earning minimum wage in Arizona will earn $20,901.82 in a year if they work all 52 weeks. Employees who work fewer than 40 hours per week or 52 weeks in a year will earn less.

What Happens if You Don’t Comply with Minimum Wage Laws in Arizona?

If you forget (or fail) to change your payroll to reflect increases in the minimum wage, your employees can file a complaint using the state’s Minimum Wage Claim Form with the Arizona Industrial Commission.

The Commission will review complaints and ask you to pay the employees two or three times their wages owed if you skipped out on paying them.

Keeping up with minimum wage increases and tax withholdings can be tedious. But you can take the manual work out of payroll with Hourly, which automatically deducts taxes and pays them for you.

Does Arizona Have a Tipped Minimum Wage?

But you can only use this rate if the employee’s total pay (with tips) is equal to or more than what they would’ve made with the full minimum wage. If their pay is lower than that for any period, you have to cover the difference.

Let’s say you own a restaurant in Arizona and pay a server the tipped minimum wage. They work 20 hours in one week. If they were earning the regular minimum wage of $12.80 per hour, their pay would be $256.00.

So, if the server only makes $40 in tips that week, you have to pay the $20 difference to make sure their total pay is at least equal to the minimum wage rate.

Also, you can only use the tipped minimum wage to pay employees who regularly receive tips from customers, such as servers, bellhops, bussers, hairdressers, car wash attendants, and valets.

On top of that, Arizona state requires you to provide a disclaimer upon hiring or assigning them to a role that lets employees know their position follows the tipped minimum wage.

Some types of employees may be exempt from the regular minimum wage in Arizona and eligible to be paid at a lower rate.

Any time you offer a subminimum wage for a position, you must disclose that information upon hiring or assigning someone to that position.

Does Arizona Have Local or City Minimum Wage Rates?

While Phoenix follows the minimum wage rate of the state of Arizona, Tucson and Flagstaff have their own set of labor laws—including a separate minimum wage—for workers in those cities.

What Is the Minimum Wage in Tucson?

Effective April 1, 2022, the minimum wage in Tucson is $13 per hour per for standard employees and $10 per hour for tipped employees, as per the Tucson Minimum Wage Act (TMWA).

Like elsewhere in the state, the city of Tucson also lets you take a $3.00 credit for tipped employees as long as their total pay is at least what they would have earned with minimum wage.

The city’s minimum wage will continue to increase each year on Jan. 1 as follows:

What Is the Minimum Wage in Flagstaff?

After 2023, the city can continue to raise the minimum wage each year on Jan. 1. The increase will either correlate to a rise in the cost of living or a flat rate of $2.00 above the state minimum wage, whichever is higher.

Flagstaff is also gradually lowering the wage credit for tipped workers so they will eventually earn the regular hourly minimum wage plus their tips.

The tipped minimum wage in the city will be as follows:

Besides updating your payroll to reflect minimum wage increases, you’ll also need to hang a minimum wage poster (in English and Spanish) where your employees can easily read it. Here are the 2022 posters:

Update Your Payroll at the Beginning of Every Year

Now that you know how minimum wage works in Arizona, make sure to update your payroll in time for each Jan. 1 increase. For 2023, that’s $13.85 per hour for non-tipped employees and $10.85 for tipped employees. Or use payroll software like Hourly that will automatically do it for you! 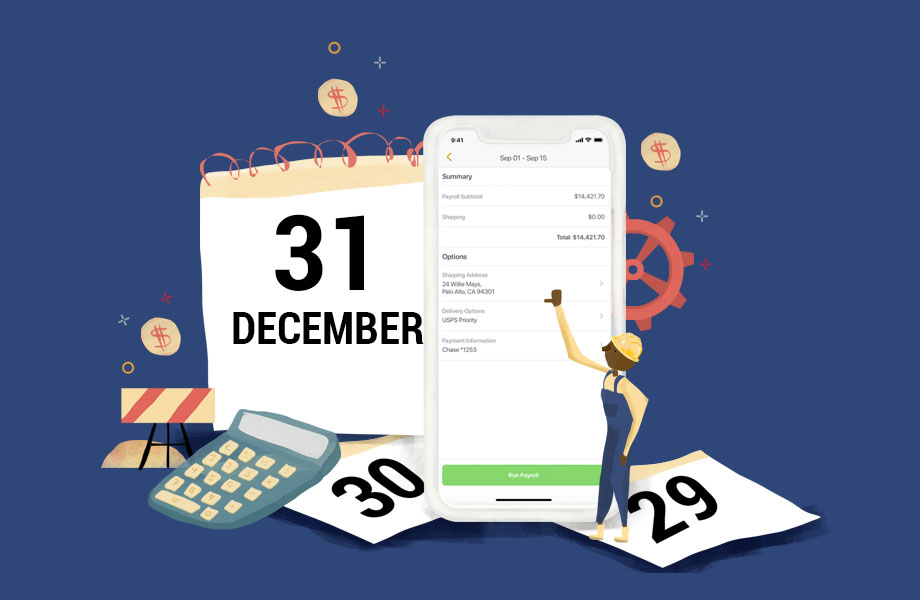 What To Include On Your Year-End Payroll Checklist 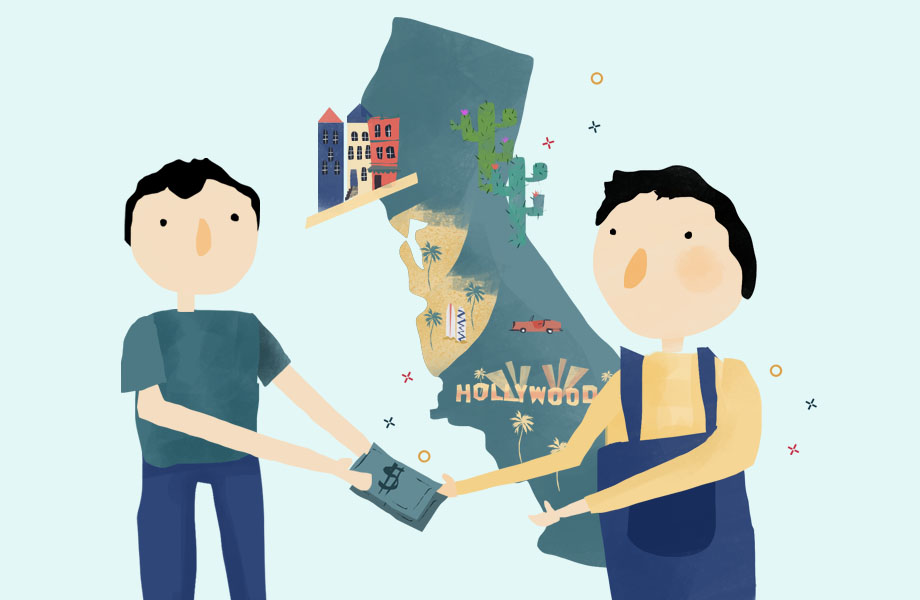 What Is the Minimum Wage for California in 2022?