For some time now, Nevadans have seen their living costs rise considerably. In the last two years alone, rents have increased 20 percent across the state.

But, Nevada’s minimum wage system isn't quite as simple as the federal rate.

So, let’s dig into the state-specific details to understand what this increase means for employers in the State of Nevada.

Minimum Wage for Nevada in 2022

Effective July 2022, the current minimum wage rate in Nevada is $10.50 an hour, unless an employer offers health benefits–then it’s $9.50 per hour.

So, why is there a range in Nevada’s minimum wage system?

Local labor laws include two tiers of minimum wage: Low-tier and high-tier. The standard minimum wage is “high-tier,” or in 2022, $10.50 per hour. But Nevada employers can offer low-tier wages if they provide qualified health benefits.

What are Qualified Health Benefits in Nevada?

If you’re an employer trying to decide if you should pay the low- or high-tier minimum wage, you’ll need to check whether you offer qualified health benefits. So what are those exactly?

State law lists what’s considered a qualified health benefit under NAC 608.104—but we’ve summarized it without the legalese below.

A health benefit is considered qualified if the:

You’ll have to meet all of these conditions to qualify.

Minimum Wage Increases in Nevada until 2024

Both the low-tier and high-tier wages are set to increase every July until 2024:

The Nevada legislature passed this wage schedule back in 2019 with Assembly Bill 456. After July 2024, the minimum wage will be adjusted annually based on inflation.

How Much Does a Minimum-Wage Worker in Nevada Earn Each Year?

Okay, so now that we know the rates, let’s estimate how much an employee earns working the minimum wage.

We’ll include both the low-tier and high-tier options based on a full-time, 40-hour work week. And, since the number of working days varies per month, we’ll use September for our monthly calculations.

For context, the federal poverty line for an individual in 2022 is $13,590 and for a family of four is $27,750. So, for someone working full-time, the minimum wage in Nevada is around the poverty level.

But it’s also important to consider retention when it comes to setting employee wages. If employees are stressed about making ends meet, they may look for opportunities elsewhere or—at the very least—bring that stress into the workplace.

So what are some other tools you can use to set wages? Consider the living wage—or the amount it costs to afford basic survival needs.

For a single adult with no children, the living wage is $16.24 an hour. So, this person would make:

Note that the living wage decreases for two working adults. If they’re living together, it’s $12.64 per hour.

The cost of living in your area can also provide a sound reference for how far the minimum wage actually goes in Nevada.

Take Las Vegas, where a one-bedroom apartment can cost $1,375, and monthly food budgets can be $233 on the low end. As you can see, the minimum wage won’t cover those costs.

It may be worth it to adjust employee compensation for a living wage or add a retention bonus, particularly if your organization struggles with high turnover.

You may wonder how the state’s minimum wage compares with federal law.

Why’s that? Well, they don’t have their own regulations so they default to the federal government’s laws. Those states are Alabama, Louisiana, Mississippi, South Carolina, and Tennessee.

Employers in Nevada are required to use the higher of the two rates—in this case, the state-specific rate applies.

There are some exceptions when it comes to whether or not employers are required to use minimum wage. They include:

Meanwhile, high school and college students who work part-time may receive 85% of the regular minimum wage, or $8.93, for 20 hours of work per week.

While not an exception, it’s worth noting: Employers in Nevada have to pay their tipped workers the regular minimum wage rate—$9.50 or $10.50 per hour depending on whether you provide healthcare benefits.

In other words, there is no tip credit in Nevada.

What Are Nevada’s Overtime Rates?

But how did we get these numbers?

Employees are entitled to overtime if they work more than 8 hours in a 24-hour period or 40 hours a week.

Overtime pay, however, does not apply to exempt employees.

What If an Employer Doesn’t Pay Minimum Wage?

Regular changes to minimum wage policy, miscalculations, and timesheet errors can all lead to unpaid wages and overtime. The problem is that this can result in lawsuits and federal penalties.

For example, employees can ask for both their unpaid wages and liquidated damages, which are a fixed amount owed to the plaintiff, usually equal to their withheld wages. So, if an employee is asking for $1,000 in backpay, the liquidated damages could be $1,000, adding up to a total of $2,000.

When laying off or firing an employee, it’s also important to give them their last paycheck on time. Putting off the final paycheck can result in additional fines as well. In Nevada, employees can collect a full day’s wages for every day their final paycheck is late.

The minimum wage in Nevada will continue to increase every summer until 2024, when it hits $12 an hour for high-tier employers and $11 an hour for low-tier.

However, a ballot measure is on the table that may get rid of the tiered system altogether and put everyone at $12 an hour in 2024. What’s more, after 2024 the wage will be adjusted for inflation—so it could keep rising.

Whether that happens or not, one thing is certain: the minimum wage IS going up, and you don’t want to miss the boat on that.

Keep your employees happy and your business compliant by staying on top of wage increases. So, mark your calendars for next July and bump those paychecks up by 75 cents an hour. 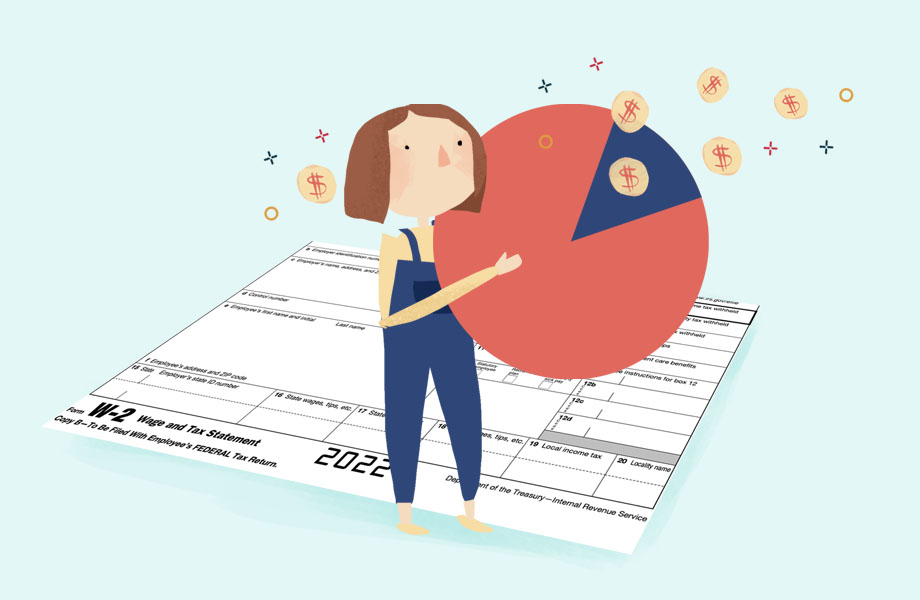 Your Guide to IRS W-2 Form Wage and Tax Statement 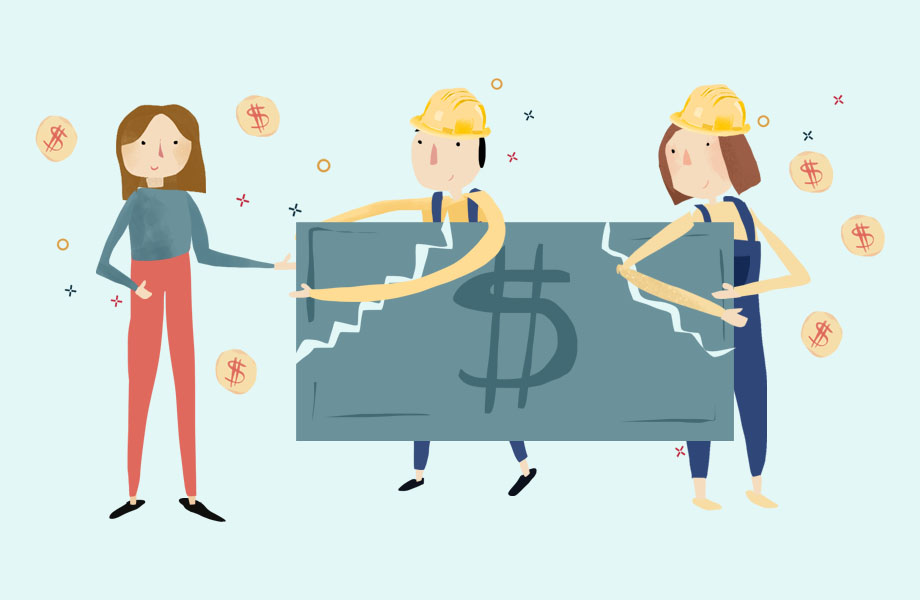 What's the Difference between Payroll and Income Taxes Anyway? 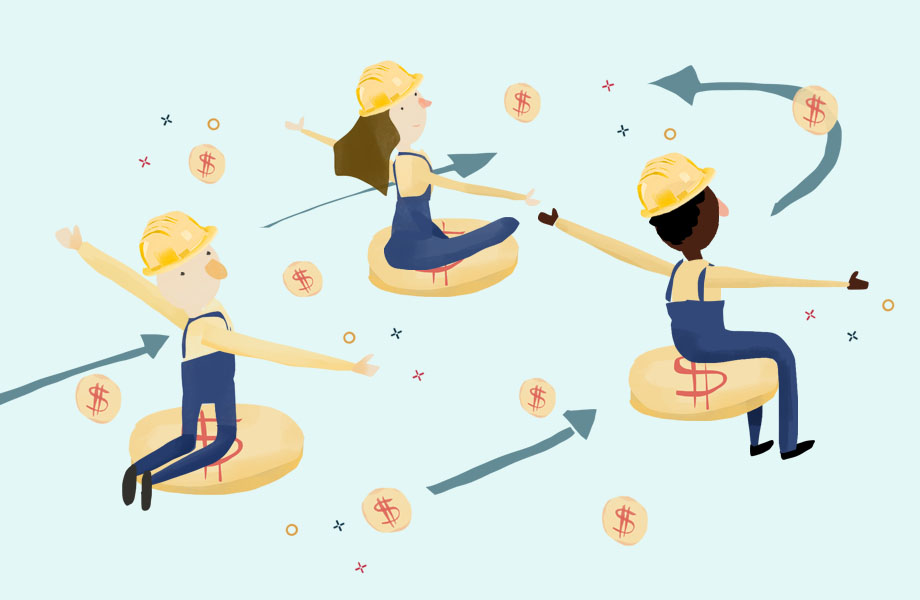 Here's How to Read a Cash Flow Statement

By
Maddy Osman
10
min read
Thank you! Your submission has been received!
Oops! Something went wrong while submitting the form.