An important piece of legislation for small business owners, independent contractors, freelancers, and union members is before Congress right now: HR 824, also known as the “Protect Our Right to Organize" or the PRO Act. This major piece of labor law legislation passed the House, stalled in the Senate, and as a result, much of it is set to become part of the Democrat’s massive reconciliation bill.

On the surface, the purpose of the PRO Act is really quite valid since it is an attempt to update the country’s antiquated labor and employment laws. Given that the original legislation that created legal unionization in this country is almost a hundred years old and (needless to say) work, employment, and the economy have changed a bit since then, an update of those laws is long overdue.

Indeed, according to the AFL-CIO:

Our basic labor law, which is supposed to protect the rights of workers to form a union and bargain collectively, is broken. The National Labor Relations Act (NLRA) of 1935 ushered in a wave of worker organizing that changed the direction of America, building the greatest middle class the world has ever known.

Given that the NLRA (and the National Labor Relations Board—NLRB—it created) has been amended around the edges but never fully updated in the past 85 years, doing so certainly makes sense. The problem is that, depending on your point of view, there is both “good” and “bad” in the proposed law. Some business groups dislike it, some labor unions like it, and vice versa.

The Human Resources website, HRDrive.com, says this about the PRO Act:

“A [significant] piece of legislation sits before the Senate that, if passed, would either empower workers to democratize their workplaces or spell the end for small businesses—depending on whom you ask.”

How might it empower workers, and why would it affect small business (especially for freelancers, independent contractors, solopreneurs, and the self-employed)? No need for our own filibuster, let's see.

The PRO Act in a Nutshell

The PRO Act would amend and update the National Labor Relations Act, the Labor Management Relations Act of 1947, and also the Labor-Management Reporting and Disclosure Act. Essentially, this major overhaul of the nation’s labor laws would empower unions by making organizing easier. It would both create a bigger pool of potential union members, while simultaneously restricting businesses from limiting unionization activities.

The best way to get a handle on how the law may affect you is by looking at its two major provisions:

1. An expansion of just who is considered an employee, and, by default, it would also therefore result in restricting who would be considered an independent contractor/business.

The PRO Act Will Limit Your Ability to be a Freelancer

People stop working for others and become their own boss for all sorts of reasons. It may be that an incredible opportunity arose that they could not pass up, or that they simply craved more creativity and freedom at work. It might be that they had a bad boss whom they really disliked and so quit, or that that bad boss really disliked them and so fired them.

Whatever the case, once people go out on their own, it is usually very difficult to get them to work in a job for a boss and company again.

That is, unless this bill is passed. In that case, they just might become an employee again, whether they want to or not!

If that is a big RED FLAG for you, you are not alone and that is one major reason why this bill is a big deal for the future of the gig economy generally, and small businesses and the self-employed specifically.

The proposed legislation says, for starters, that “an individual performing any service shall be considered an employee…and not an independent contractor, unless…”

In the law, this is called a “presumption.” (Note, although I am a lawyer, I do not practice full-time anymore.) In this case, the law would presume that an individual performing “any service” for a company is an employee of the company they are performing that service for.

Did you just get nauseous? Because I did the first time I read that.

Under this proposed legislation, a worker would be presumed to be an employee even if that person is a business, an LLC, an independent contractor, whatever.

The potential good news is that, as you may have noticed, there is a big, fat “unless” at the end of that sentence above. "You will be considered an employee unless…"

The “unless” section then goes into what is called the “A,B,C test” to determine if we can still classify the worker as a business/freelancer (no matter what the collective bargaining agreement may say).

Here’s the test. A person is not an employee and instead really is an independent contractor if:

B. The service is performed outside the usual course of the business of the employer; and

C. The individual is customarily engaged in an independently established trade, occupation, profession, or business of the same nature as that involved in the service performed.”

According to “B” in this proposed law, you can only be considered an independent contractor if what you are doing for the business is outside of that business’ normal activities. If it is not, then you would be presumed to be an employee of that business.

And the thing is, for many freelancers, what they do is definitely core to the business they work for.

If you think Congress is to blame for this, you would be wrong. You can pin the tail on California. That is where the A, B, C test originated. (Specifically, the language for the A, B, C test comes from California ballot measure 22.) In fact, as HRDrive notes, “Some states, such as California, already have adopted the ABC test for wage and hour issues, unemployment and other purposes.”

Accordingly, the PRO Act would be challenging for freelancers for all sorts of reasons:

But it’s not all bad news. One of the real benefits of the proposed legislation is that it would rein in unscrupulous employers who seek to label their employees “contractors” so as to avoid paying taxes on, and benefits to, them.

The PRO Act will Empower Unions

Why did Congress write the law this way? There are two ways to look at it.

On one hand, it is very true that many employers purposely mis-classify employees as contractors so as to avoid paying taxes and benefits. Creating a nationwide, uniform standard for who is, and who is not, a contractor would help prevent that.

That said, another reading of the proposed legislation is that by classifying freelancers as employees, it assists the labor movement by creating a bigger pool of people for them to recruit from. The name of the law is, in fact, the Protect our Right to Organize Act.

The law would promote union organization in various ways.

1. It would penalize employers who fire employees because they tried to unionize.

Presently, there are no civil penalties for violating the NLRA, meaning, there are no penalties for firing activist employees or for interfering with union elections. But under the new law, anti-union firings will result in employer fines that range from $50,000 to $100,000.

(But also note, while presently there are no civil penalties, there are nevertheless very strict rules about how the employer can communicate about union organization efforts, what the employer can and cannot say about the unions, as well as limits on statements about “activist employees” and the possible pending elections. As such, this law adds monetary penalties to the current rules.)

2. Employers would be forbidden from forcing employees to attend “captive audience meetings.”

Right now, when a shop wants to unionize, an unscrupulous employer will often force employees to attend mandatory company meetings that stoke fear. (Mind you, not all employers do that—not by a long shot—but enough do that it can be a problem.) The message at these meetings usually is, “Join the union and you will lose your job” or “Don't dare form a collective bargaining unit,” or “Do not demand better healthcare,” and so on.

3. Employers would no longer be able to force employees to waive the right to sue in lieu of arbitration.

Currently, many employers have new employees sign contracts that force them to waive their right to sue and agree to binding arbitration instead. The PRO Act would forbid such practices.

Bottom Line: The PRO Act is a Balancing Act

If you like unions and what they brought to this country (and there is certainly plenty to like such as more worker rights, a bigger middle class, etc.) the PRO Act offers more of that by giving more power to union organizers.

At the same time, the proposed law may make it more difficult for independent contractors—who really are independent and who want to be their own boss—because it may classify them as employees, even if they don’t want to be.

It is not an easy balance, but hey, that’s what Congress signed up for. 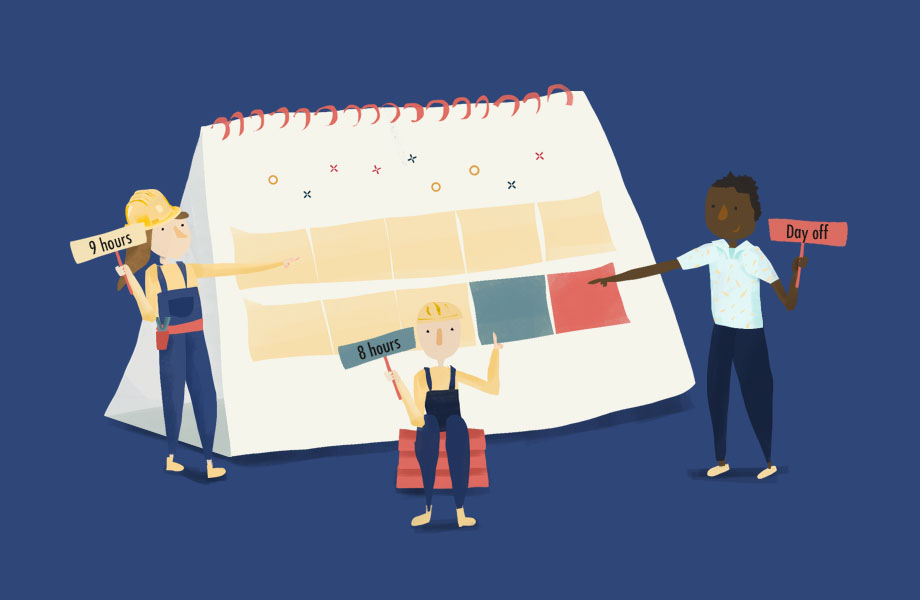 What Is A 9/80 Schedule and Is It Right For Your Business? 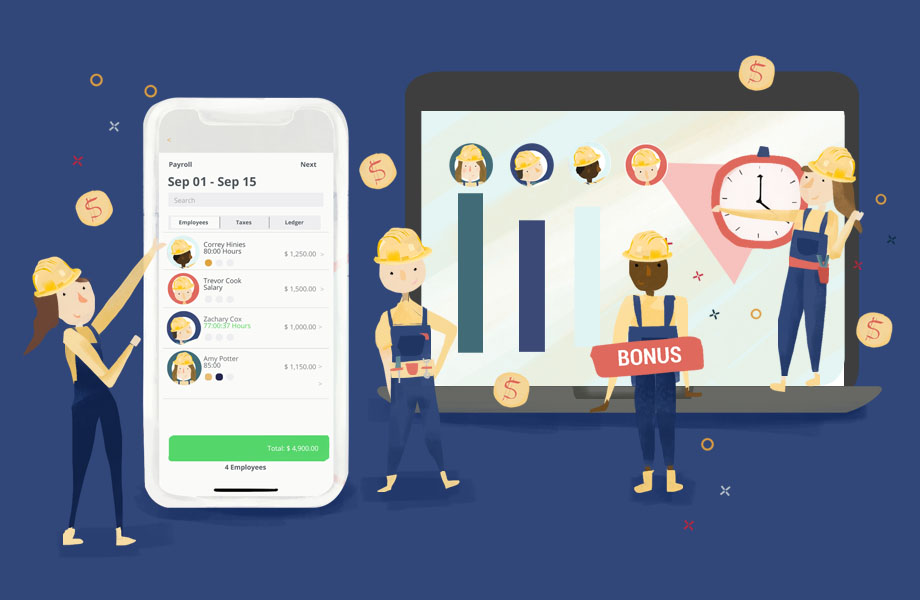 4 HR Issues That Could Be Hurting Your Small Business 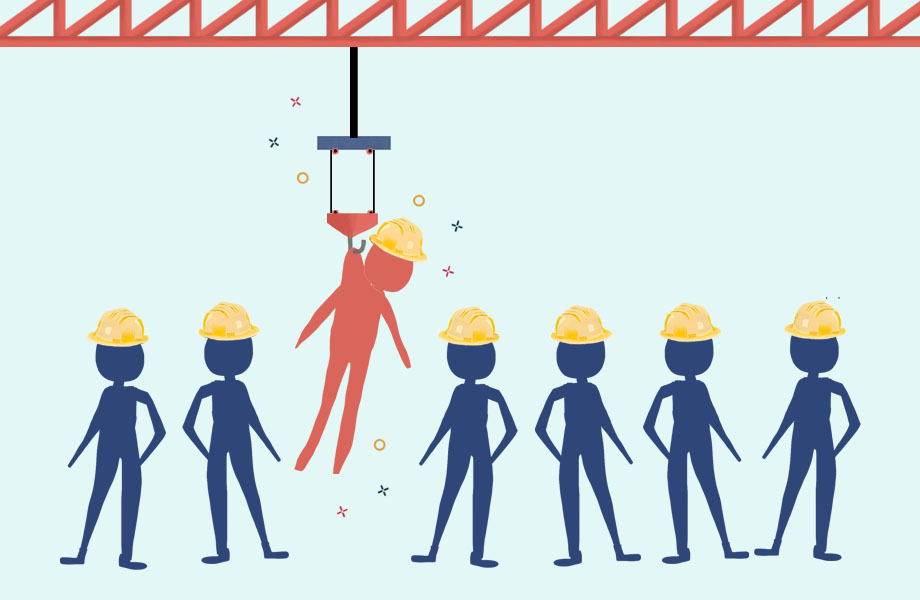 The Different Types of Workplace Discrimination (with Examples)