If you find yourself in either of these situations, an independent contractor could be the solution.

In recent years, the rise of the gig economy has led to an increase in workers classified as independent contractors. According to an IRS study, there has been a 22% increase in taxpayers reporting income as independent workers since 2001.

1099 contractors, also known as freelancers or consultants, aren't technically employees. So, there are different rules for paying them. Before you hire your first freelancer, familiarize yourself with how to pay an independent worker.

What Are Independent Contractors and How Are They Different from Employees?

For example, you might hire someone as a 1099 contractor to design a website for you. You can control what you want your website to look like, but you can't tell the designer to work from your office or use a specific methodology to do their job.

1099 contractors work on their own time, as long as they complete the agreed-upon deliverables to the client's satisfaction.

Alternatively, employers can control what their employees do and how they do it.

An employee shows up to the office at a specific time, works for a particular number of hours, and does what their employer asks. Most white-collar, full-time workers are classified as employees rather than independent contractors.

Most importantly, as a business owner, you need to be aware that the IRS classifies employees and 1099 contractors differently.

Independent contractors are responsible for taking care of their own taxes. Therefore, you won’t have to withhold taxes for freelance consultants. However, when you hire an employee, you must withhold and subsidize their payroll taxes.

You should hire independent contractors for temporary tasks or jobs that don't require full-time hours. 1099 contractors are useful when you need a specific project done, but won't need that person once the project is over.

For example, let's say that you need a new logo for your restaurant. Unless you will have ongoing visual design needs, it doesn’t make sense to add a graphic designer to your team. Instead, you should hire a freelance graphic designer for the specific purpose of creating your new logo.

This freelancer isn't an employee of your business.

You won’t provide your graphic designer with benefits or have to withhold their taxes. They no longer work for you after the deliverables are received. If you want to use their services again, you simply hire them for the next project.

If you find yourself frequently using an independent worker, you may decide to bring them on permanently. Working with a freelancer can be a test run before adding them to your company as an employee.

Let's say that you have an accounting firm, but so far, you're the only one who works there. You want to add a bookkeeper to free up your time, but you're wary of bringing on a full-time employee because you've never managed someone before. You can test the waters by hiring a freelance bookkeeper to help you with several projects.

Work with your bookkeeper in a freelance capacity until you've gotten the hang of management. Eventually, you can decide if adding the bookkeeper to your team would benefit your business in the long run. If so, you can then reclassify them as an employee.

So when should you hire an employee, as opposed to an independent contractor?

Whereas 1099 contractors solve temporary needs, employees are there for the long term. Hire an employee when you have an ongoing need for their help.

How to Pay Independent Contractors in a Small Business

First, determine if you will pay your contractors a set fee or hourly rate.

Project fees are more predictable than hourly rates. Collaborate with the contractor to define the scope of the work and make sure you know what you'll be getting in exchange for your money.

Hourly compensation can soar when a project takes longer than anticipated. If you do decide to pay hourly, independent contractors typically set their rates and can give you an estimate for how long the job will take.

2. Decide How Often to Pay Your Independent Workers

For example, if you're hiring a contractor to paint five houses for you, you could pay them after they've painted each house, or once all the houses are finished.

If you're paying your freelancers hourly, it's convenient to pay them when you run payroll for your other employees. Just make sure not to withhold your contractors' taxes. We'll go over this in more detail in step number five.

Ultimately, it’s best to collaborate with your freelancer to settle on a mutually beneficial payment schedule. A consultant-client relationship is less like a boss-employee relationship, so your contractor has more say over things, like when and how you pay them.

Ask the consultant to fill out an IRS form W-9 to collect taxpayer information, like their social security number (SSN) or employer identification number (EIN).

If you're paying the 1099 contractor via direct deposit, you'll also need to collect their bank account details.

Unlike the employees you automatically pay each payday, independent workers send you invoices to initiate payments for their services. After you decide how often your freelancers will charge you, ask them to send you invoices on the dates or milestones that you agreed to pay them.

The invoice can be a simple document that states the services the freelancer rendered and how much money you owe them. If you're paying your independent worker hourly, ask them to attach an itemized timesheet to the invoice to justify how they spent their time.

Keep copies of invoices to help your small business with its recordkeeping.

Now we come to the easy part: paying your independent contractors. It's more straightforward to pay independent workers than employees.

To pay employees, you have to calculate their tax withholding, so the amount you pay them is less than what they've earned.

Suppose a Los Angeles-based employee makes $2,115 in one pay period. You’ll pay them about $1,600 with the remaining $515 going toward federal and state income and FICA taxes.

Because 1099 contractors aren't employees, you don't have to withhold their taxes. Instead, you pay them the full amount requested on their invoice.

Decide with your freelance consultant how they'll get paid. Do they want a check or a direct deposit? Cut their check or make the bank transfer to ensure your contractor receives the amount shown on their invoice.

You’ll request invoices and issue payment until your contractors finish working for you.

Specific deadlines to keep in mind include:

An accountant can generate a 1099 form for you, or if you use payroll software like Hourly, the software will automatically send the form to your independent workers.

How Much Do Independent Contractors Have to Pay in Taxes?

Because employers don't withhold their taxes, independent contractors must make quarterly tax payments. Their tax burden is based on the tax bracket they land in at the end of the year.

FICA tax rates are the same for everyone: 15.3%. However, employers split this tax burden with their employees. So, employers pay 7.65%, and employees pay 7.65%.

Independent contractors are responsible for paying the full 15.3% in FICA taxes, also known as self-employment taxes. That breaks down to 12.4% for Social Security taxes and 2.9% for Medicare taxes.

Final Thoughts: How to Pay 1099 Contractors in a Small Business

Small business owners have to follow different rules to pay their employees versus independent contractors.

Paying employees involves withholding taxes, whereas paying independent workers consists of giving them the full amount they request on their invoices. Paying freelancers is ultimately simpler than paying employees.

If you're a small business owner who wants to make life even simpler, try using payroll software to pay your 1099 contractors and employees. You can test out Hourly for free. 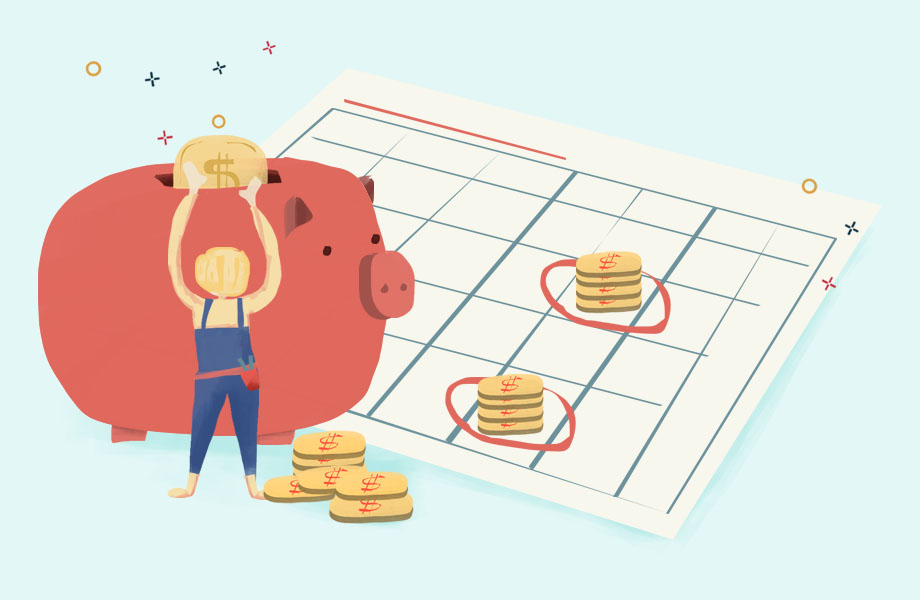 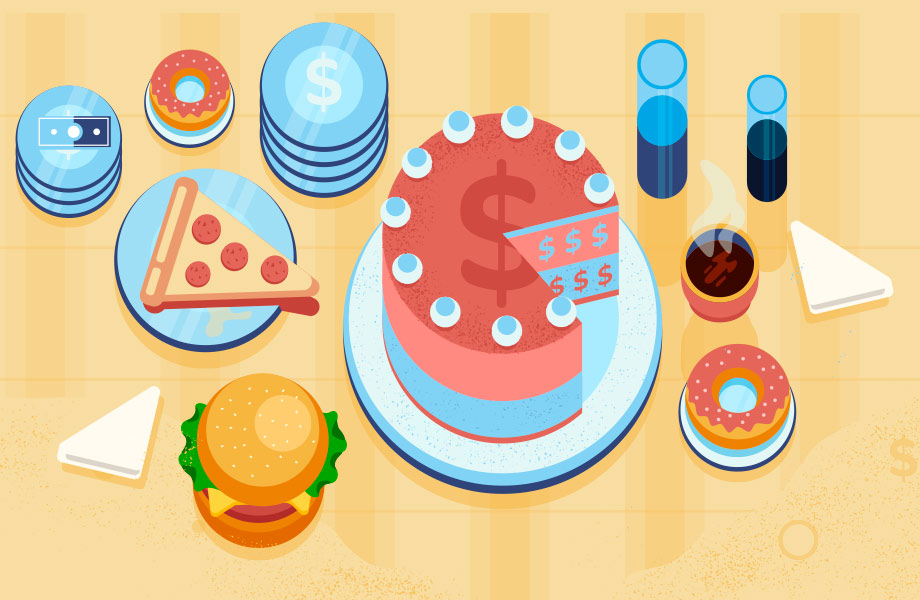 5 Things You Need To Know About Restaurant Payroll