There have been many great business books over the years: How to Win Friends and Influence People by Dale Carnegie, The E-Myth Revisited by Michael E. Gerber, Crush it by Gary Vaynerchuk, Start With Why by Simon Sinek, and many more.

But what are the best, especially by and for entrepreneurs? Which contain the best business ideas and business stories?

This is something I take seriously. Indeed, I write books about business; 10 so far. What I know is that to be great, a business book has to be focused, interesting, and a tad unexpected. The best books should teach and enlighten, often step-by-step, but they should also be entertaining. Jargony, academic, boring books aren’t going to make it onto this list, an Amazon list, or any list.

What will make it are interesting, unique, well-written books that show what it is really like to be an entrepreneur and/or how to grow a business. Many of these are bestsellers and you will have heard of them, a few, probably not. (Note: I have not added any of my own books to this list, but I am hoping that, not too far down the road, my latest Your Small Business Boom, makes it onto someone else’s list!)

Here then are our Top 14 Books for Entrepreneurs, broken into five categories:

Like a Virgin: Secrets They Won't Teach You at Business School by Richard Branson

This really is one of the best books for entrepreneurs because if there was a poster child for entrepreneurs and entrepreneurship, it would have to be Sir Richard Branson, founder and CEO of Virgin. A derring-do of a man, Branson seems to be the prototypical entrepreneur: Risk-taking, savvy about business, charismatic, successful.

What is great about his book is that it is infused with that same swashbuckling vigor. It is a fun read that shows how a mediocre student turned a small student magazine into a record shop into a recording studio into a record label into an entertainment conglomerate of more than 400 different businesses.

No business plans here, no time management strategies, no social media tips, rather, you get a book that is chock full of fun examples and fantastic stories, it also shares some of his grandest non-business adventures, like hot air ballooning across the Atlantic and kitesurfing across the English Channel.

Not only is it an epic tale of an epic life of a successful entrepreneur, Like a Virgin is also a masterclass in how to think and analyze like an entrepreneur.

Making a Living without a Job by Barbara Winter

This is not a book you usually see on lists like these, but it should be. For me, this is the business book that changed everything. Making a Living without a Job explains, patiently, thoroughly, and optimistically, how to get from here to there, there being “making a living without a job.”

The subtitle says it all: “Winning ways for creating work that you love.” Full of practical advice, Barbara’s main takeaway is that working for “The Man” is a fool’s errand and that you can have more fun, make more money, and be far more creative (and travel more!), if you venture out on your own.

If you are looking to make the leap and start your own business, this is a must-read.

3. David and Goliath by Malcolm Gladwell

True confession: Malcolm Gladwell makes me mad. He is such a damn good writer, and he writes about such interesting topics, that I can’t help but be jealous (and his book sales aren’t too shabby either).

Gladwell has written so many books that have broken into the mainstream (such as The Tipping Point), that he can hardly be classified a “business writer.” Indeed, he is not. But of all of his great books, the two in this list are ones I believe most apply to, and explain, entrepreneurs.

In David and Goliath, Gladwell looks at how people can turn seemingly significant disadvantages in their favor. As such, it too is a book about entrepreneurs, because isn’t that our bread-and-butter? For example, he looks at superlawyer David Bois who transformed his dyslexia into something that worked for him, not against him. For any entrepreneur looking to turn things around, this is the book for you.

4. Outliers: The Story of Success by Malcolm Gladwell

In Outliers, Gladwell turns his keen eye to what factors contribute to mega success, and why is it unexpected people often break out? How and why did nerdy Bill Gates become so wealthy? How did Joseph Flom build Skadden, Arps into one of the most successful law firms in the world? This is also the book where Gladwell posits the “10,000-Hour Rule” — that it takes 10,000 hours of practice to master a craft, any craft.

5. The Art of the Start by Guy Kawasaki

Kawasaki first rose to fame as the “chief evangelist” for Apple’s Macintosh. It was there that he learned branding from the master, Steve Jobs, and it is a lesson that has served him well. Guy went on to become a venture capitalist and these days is the head evangelist for Canva.

In The Art of the Start, Guy explains how you can start a great business. And insofar as business goes, he zeros in on identifying customers, creating a viable plan, building a great team and partnerships, raising capital, and, of course, the importance of brand identity. Want to start a business? This is your guide (if a little tech-centric).

6. The Lean Startup by Eric Ries

The Lean Startup came out a few years ago and really made a splash. It is often referred to as sort of a bible for startups. While there are tons of great ideas and tips in this book, the idea that really has caught on is the need to create a “minimum viable product” by “failing fast.” The essential idea is that a startup should, rather than spending a ton of time and resources on expensive rollouts, instead test small, see what works, make mistakes, pivot, and try again until a great product is at hand.

Guillebeau identified 1,500 entrepreneurs and co-founders who built businesses that earn at least $50,000 a year, and which were started with a very modest investment (in many cases, $100 or less.) How did they do it? What was their decision-making like? How did some become millionaires? Did they have a personal life? The $100 Startup focuses on 50 of the most intriguing case studies to show us how. Positive, detailed, and realistic, this is a great book for anyone looking to start on a shoestring.

I wish I had written this book.

Godin is a master marketer, blogger extraordinaire, entrepreneur, and a superb writer, all rolled into one. And, while he has written many books, this is the one that makes the list.

In Purple Cow, Godin explains why being different is so important in business generally, and marketing specifically. As the subtitle of the book says, “transform your business by being remarkable.” A cow isn’t remarkable, but a purple cow is. The same needs to be true for your business. There are just so many blah, unremarkable, forgettable businesses out there. Why would people patronize them? What a business has to do, especially if it wants to stick around, is be unique, different, special, better.

Be a purple cow.

This 1969 classic by New Yorker writer Brooks makes it onto the list because it is the favorite business book of both Warren Buffet and Bill Gates. Business Adventures shows what it takes to be a business leader and a successful business owner.

Says Gates: “Brooks’ work is a great reminder that the rules for running a strong business and creating value haven't changed. For one thing, there's an essential human factor in every business endeavor. It doesn't matter if you have a perfect product, production plan and marketing pitch; you'll still need the right people to lead and implement those plans.”

10. Good to Great by Jim Collins

One sentence in Good to Great says it all: “Good is the enemy of great.”

Looking at companies big and small–Coca-Cola, Intel, Merck, etc., Collins sought to see why some make the leap to extraordinary while others don’t. He and his team read more than 6,000 articles and had over 2,000 interview transcripts, finally concluding that the best of the best leave mediocre and good behind because they are committed to, strive to achieve, and are willing to risk a lot, in order to create something extraordinary.

11. The 4-Hour Workweek by Timothy Ferriss

Tim Ferriss is all about how to work smarter, not harder, and in the process, he has created an incredible personal brand, akin to Elon Musk in his own way. The essential idea in The 4-Hour Workweek is that you need to do an 80-20 analysis on your life and business, figure out which of your efforts bring in the best results, double down on those, create some passive income profit centers, and then hire a virtual assistant to handle the minutiae.

No, you are not going to work only 4 hours, but I bet if you read this and try it, you will work less and also make more.

Has there ever been a better book that shows you how rich people think? No.

Napoleon Hill was tasked by Andrew Carnegie to write a book on what made a successful person succeed. Hill then spent the next 20 years interviewing every great name of the day (Edison, Ford, Woolworth, etc.), as well as a lot of people who failed (they have lessons to teach too). The end result was Think and Grow Rich.

The essential idea is: “The starting point of all achievements is desire. Keep this constantly in mind. Weak desire brings weak results, just as a small fire makes a small amount of heat.”

Kiyosaki says he had two fathers. His real father was a smart man and professor who never had enough money. His second “dad” was his best friend’s father, far less educated, but far richer and smarter about money.

There are lots of great lessons in Rich Dad, Poor Dad, but the main ones are:

Steve Jobs was so many different, seemingly contradictory things, all at once. Even though he and Steve Wozniak started Apple, and Jobs ran it until his untimely death at 56, he was not an engineer, programmer, or designer; he studied philosophy in college before dropping out. He was also a Silicon Valley insider who often seemed like an outsider. A ruthless boss who inspired devotion. That he was also a visionary entrepreneur is undisputed. Isaacson’s beefy biography, Steve Jobs, explains his successes, failures, wins, losses, loves and hates, warts and all. 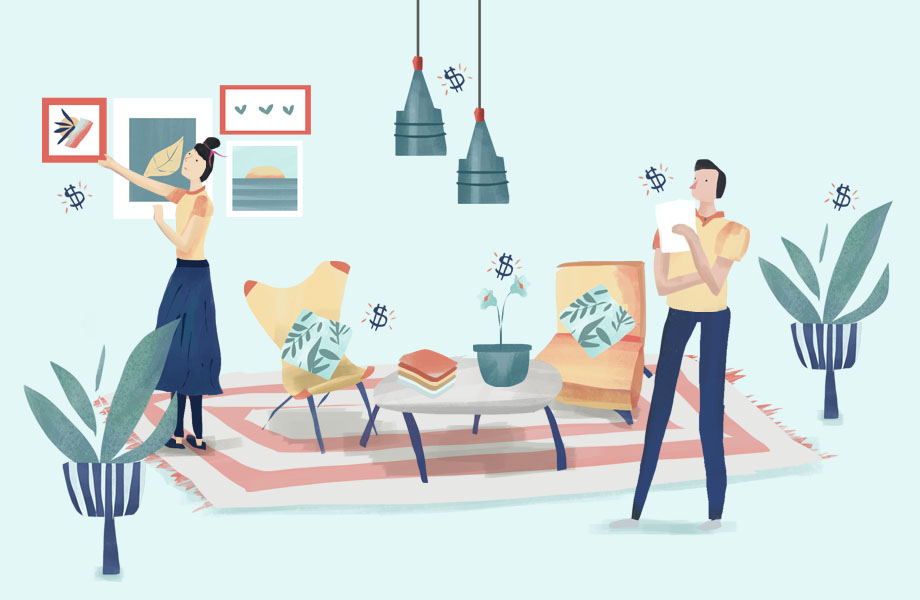 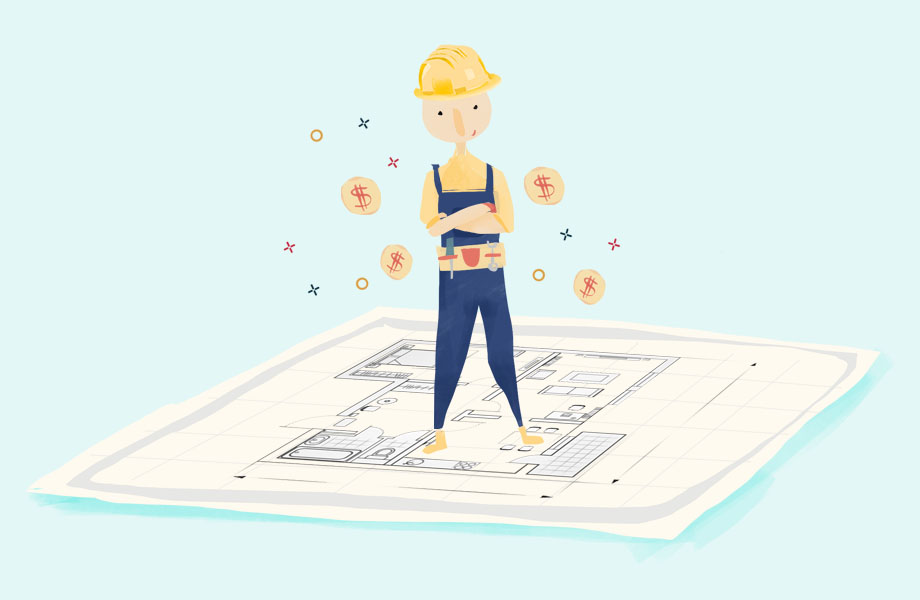 How To Become a Contractor in 7 Steps 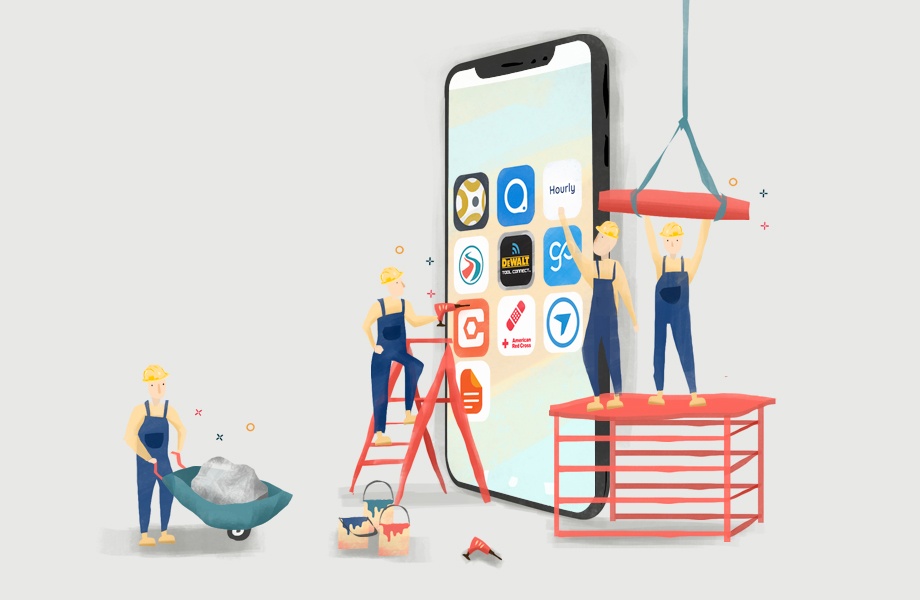