First introduced in 1986, the 179 deduction is a small business tax deduction most often used for vehicles and equipment.

The purpose of this tax incentive is to encourage businesses to buy big-ticket items, which stimulates the economy for all. Section 179 has been popular for decades and stands out due to its bipartisan support in congress.

This article covers everything you need to know about the 179 deduction. By the end, you should understand the essential benefits and drawbacks of using Section 179. And have a good idea of your next steps. So let’s talk tax code.

What is the Section 179 Tax Deduction?

The 179 tax deduction allows businesses to claim the full purchase price of equipment (machinery, software, and so on) all at once, rather than depreciating it.

You can claim the deduction the year you bought the equipment and put it to use, and your taxable income will be reduced by the amount you expense. That means you'll have a lower tax liability, which can definitely save you money.

While businesses can get a larger tax return now with this deduction, they forfeit the chance to claim depreciation in the future. In other words, they can’t spread that asset’s cost over many years. That can result in fewer tax benefits in the future.

What Qualifies for a 179 Deduction?

Most people associate vehicles with the 179 deduction—it has been called the “Hummer Loophole” by critics due to the popularity of writing off Hummers and other SUVs. But businesses can deduct a lot more than vehicles.

According to the IRS, you can write off business equipment that’s “purchased for use in the active conduct of a business.” So what does this really mean?

As long as you use your equipment at least 50% of the time for business purposes, you can deduct it under Section 179.

What’s more—small business owners can write off both new AND used equipment purchases. That can include:

Should I Take the Section 179 Deduction?

The 179 deduction gives small businesses a considerable tax advantage now, but at the expense of future tax breaks. Still, the decision to take the 179 deduction warrants a discussion between your business and tax advisor. Below, we’ve outlined the common advantages and disadvantages of taking the deduction to help you get started.

How Does the Section 179 Vehicle Deduction Work?

While machinery and equipment can typically be fully deducted, Section 179 works differently with vehicles. In the first few years the vehicle is in use, the IRS puts limits on how much depreciation you can deduct.

For 2022, the following limits apply to both Section 179 and bonus depreciation combined:

Note: 2023 limits for cars, trucks and vans haven't been announced yet. We expect them in March 2023.

Let’s say your company purchases an 8,000-pound vehicle used only for business purposes and puts it into use during the year. The purchase price is $59,000, and the salvage value (what the property is valued at after fully expensing the loss of property value) is zero. Finally, your company’s net income is $425,000.

You’re well below the deduction limits. (You can deduct up to your net income or $1,080,000—whichever is smaller. But you don’t really need to worry about that since the cost of the vehicle is much less than any of these limits.)

With section 179, you can deduct the full $27,000 (a.k.a. the maximum deduction) in year one instead of spreading out those tax savings over several years.

What is Bonus Depreciation?

With bonus depreciation, you can write off the full cost of an asset before it loses value, just like with Section 179. The main difference is that there are no caps (a.k.a. limits) on the bonus write-off for equipment other than vehicles.

You can elect out of bonus depreciation, but that election applies to all property in that class (such as all equipment that would normally be depreciated over five years). With Section 179, however, you can wait to claim some assets—or even just claim part of their cost—and write off the rest in the future.

What are the Limitations of Section 179?

There are several limitations to the 179 deduction, so consult your tax advisor. Limitations are generally divided into two categories— the deduction limit and the investment limit. Let’s dive in.

The deduction limit—how much a company can deduct in a tax year—is $1,080,000 for 2022. Companies also can’t claim more than their net income for the taxable year. So if a business makes $250,000, it can only deduct up to $250,000 for qualifying equipment. But most of the time, they can roll over that deduction to the next year.

The investment limit is $2,700,000. So, businesses spending more than $2.7 million on capital equipment in 2022 can’t take the full deduction. Sounds counterintuitive, right? Shouldn’t we be rewarding companies that are making big investments?

Well, the law was written for small businesses—and is trying to limit how many larger companies participate.

But, if you’re one of those bigger businesses doing a lot of investing, you can still claim the 179—your deduction will just get reduced. By how much, you ask? However much you’ve gone over that $2.7 million limit. Essentially, you’ll get dinged that amount.

Investment and deduction limits change yearly, so work with your tax advisor when planning your purchases.

What if the Asset is Sold or Business Use Drops below 50%?

When you take the 179 deduction, you’re allowed to deduct the lifetime cost of using that asset all at once. So, if you sell or stop using that asset primarily for business purposes, the IRS will want to reclaim some or all of the depreciation previously used to offset taxes. This is called recapture.

If you sell an asset you took a 179 deduction for, you must pay taxes on the income generated from that sale, typically at ordinary tax rates. And if you sell the property for more than you bought it, you’ll pay capital gains rates on the amount profited from the sale. Here’s an example:

If an asset ends up falling below 50% business use and you took the 179 deduction, you’ll pay the difference between what you claimed initially and how much value it lost over those years.

Let’s use this as an example:

How to Take the Section 179 Deduction

You can claim your deduction using Part I of Form 4562. You’ll need to enter the value of the property you are expensing and include the maximum amount you’re allowed. You’ll also need to provide a description of the property, its cost for business use, and the amount you elect to expense.

Consult the instructions online to ensure the property qualifies for the deduction. The rules differ slightly between individuals, sole proprietors, s-corporations, c-corporations, and partnerships.

Does a 179 deduction reduce taxable income?

Yes, the 179 deduction allows you to fully expense the cost of equipment (machinery, software, and so on) within the year it was purchased and put into use. Your taxable income is then reduced by the amount you expense.

With the 179 deduction, businesses can deduct up to either the business’s net income or $1,080,000, whichever is smaller. Just remember that deducting now means you can’t deduct any more value-loss on the property in the future (which can mean paying higher taxes later).

The Section 179 deduction is a permanent part of the IRS tax code. Qualifications, deduction limits, and investment limits can change yearly. Always consult the tax code or a tax advisor to ensure you understand the 179 deduction rules for the tax year. Bonus depreciation, often confused with the 179 deduction, does have an end date of December 31, 2026.

What is the difference between Section 179 and depreciation?

Depreciation is the loss of a property’s value over time. Businesses can deduct it from taxable income in two ways: throughout the property’s useful life or all at once. With the 179 deduction, you claim it all at once.

Final Thoughts: Work with Your Tax Advisor when Planning Purchases

The section 179 deduction makes it easier for small business owners to invest in the equipment they need right now and in the future. But there are limitations and special considerations you need to make before determining if the deduction or the investment is the best decision. This is why it’s advantageous to get tax advice from a tax professional long before you purchase. If you don’t have one, look for someone who:

So, now all that’s left to do? Start investing in your business! 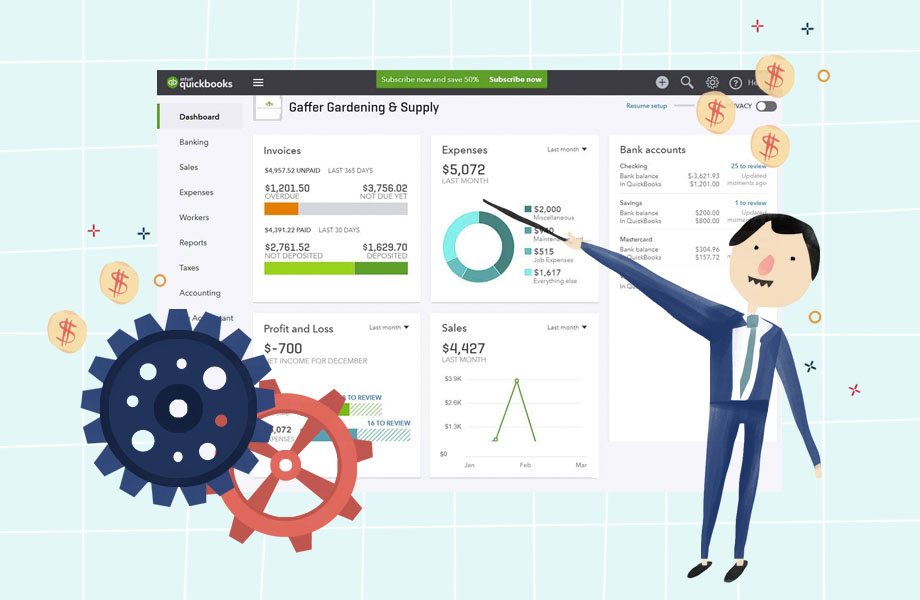 How to Find a QuickBooks ProAdvisor in 5 Quick Steps 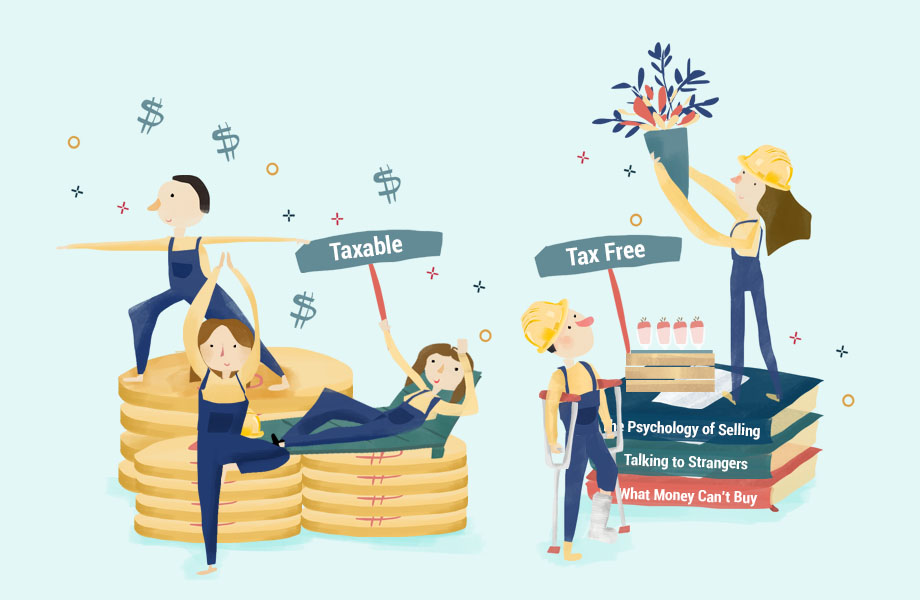 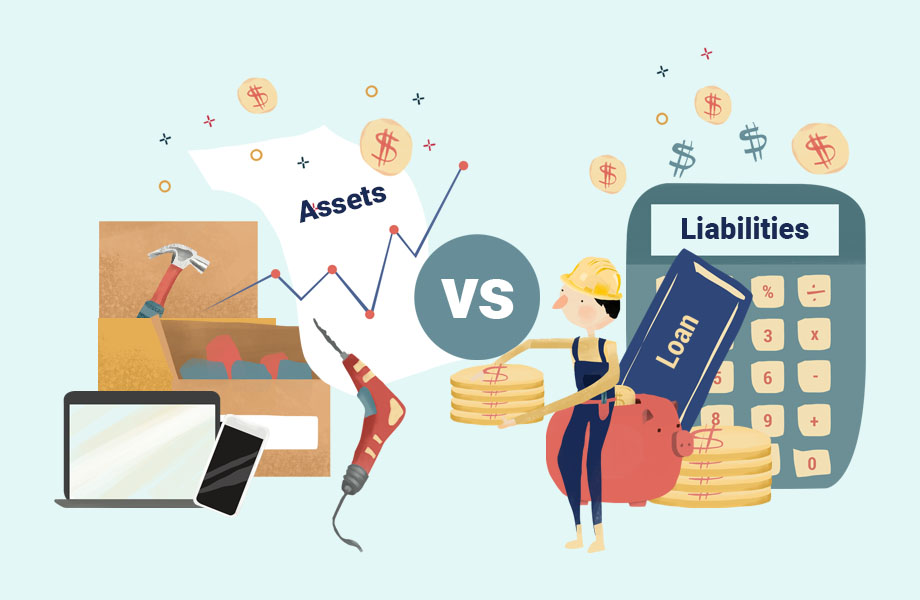 By
Maddy Osman
11
min read
Thank you! Your submission has been received!
Oops! Something went wrong while submitting the form.