Back when I practiced law, I once had a very challenging client.

You know the type.

This particular client — let’s call him Johnny — refused to take my advice (indeed, why he hired me still remains a mystery). He owned a shop that bought, refurbished, and sold used computer equipment and peripherals. Johnny’s first mistake was that, despite my warnings, he never separated his personal and business assets. His personal checking account doubled as his business checking account. Worse, he never incorporated, despite my pleas to the contrary. He remained a sole proprietorship.

You know how the story ends, right? Of course right.

One day, one of his used computers crashed and a corporate client of his lost a lot of data – and money – as a result. The client eventually sued, and because Johnny was unincorporated, and because he co-mingled personal and business finances, his personal assets were on the line.

In the end, Johnny lost the case, lost his business too, and then filed for bankruptcy.

A $1,000 Steve incorporation special, or even a simple $100 DIY incorporation would have eliminated that possibility because it would have changed his legal entity type to a corporation, which would have given him, among other things, liability protection.

So the question is not – ‘should you incorporate?’ because the answer to that is obvious; that is Small Business 101. Rather, the question is ‘what type of corporation is best for your small business?’

Let’s answer that (but only on the condition that unlike a former client of mine, you promise to listen)!

The beautiful thing about a corporation is that it is a stand-alone, unique legal entity, separate and apart from you personally. As such, it creates what is known as the “corporate shield,” and if that sounds like something out of the Marvel universe, well, it sort of is, at least legally speaking.

If you own a business sans incorporating, like my old pal Johnny (e.g., you are legally structured as a sole proprietor, a freelancer, or a partnership), you personally are on the hook for any and all business debts and liabilities. Your home, your assets, your bank account – everything – is at risk.

Incorporating creates a “bright line” between you and your business. You are you, your business is your business, and (almost) never the twain shall meet. If you negligently refurbished a computer causing a client to lose her entire customer list, it is your business that would be on the hook, not you.

And that, my friends, is the power of the corporate shield. It is a legal force field that protects you. Aside from personal protection, corporations – either S or C – have a few other things in common:

By default, your corporation will be considered a C corp unless you specifically elect to be considered an S corp. You do this by concurrently filing Form 2553 with the IRS.

So, which is best for your business, S or C? Let’s see, but here’s a spoiler alert! For a variety of reasons, entrepreneurs and small business people usually choose to go the S corp route. Let’s see why.

An S corporation, also known as an S subchapter, refers to a type of corporation that meets specific Internal Revenue Code requirements. If it does, it may pass income . . .  directly to shareholders, without having to pay federal corporate taxes. Usually associated with small businesses (100 or fewer shareholders), S corp status effectively gives a business the regular benefits of incorporation while enjoying the tax-exempt privileges of a partnership.‍

There are several reasons why S corps are the preferred legal structure for many small businesses.

This is a big reason, maybe the biggest reason, that entrepreneurs choose S over C. S corp taxes are less and easier to file compared to taxes with C corporations.

S corporations are what are known as "pass-through" entities in the internal revenue code.  S corps are taxed this way:

The corporation itself does not pay any taxes. Instead, whatever profit the company makes passes through onto the owners’ personal income taxes and taxes are paid there. Thus, for example, say that you are a small business owner with an S corp that you own by yourself (you are the only shareholder) and it made $100,000 last year. That $100,00 would flow-through onto your own personal tax returns and you would pay tax on that using an IRS Form 1120S at your personal rate (there is no corporate rate for S corps).

The early years of a business may show losses before it starts to turn a profit. Fortunately, with an S corp, those operating losses can be written off on the owner’s personal income tax return because the company’s finances flow-through to the owner.

This is the big one. C corps are taxed twice.

The first time a C corp is taxed is on the corporate level, when the owners file a corporate tax return, Form 1120. The second time is when any dividends are made to shareholders. In that case, those payments are considered income to the individuals and so that corporate money is taxed a second time.

This so-called “double-taxation whammy” is of course very unattractive to entrepreneurs and is a main reason they only choose a C corp legal structure if they have to (i.e. their business model relies on them going public someday).

Cons of an S Corporation

Truly, there are not many downsides to an S corp for the small business. If there is, it has to do with the limits of the structure upon growth.

Because S corps are limited to no more than 100 shareholders, if you struck gold and suddenly wanted or needed to go public, you'd be in a bit of a bind. A public company, of course, needs unlimited shares. That's the advantage of a C corp. S corps are limited in growth that way.

The other possible downside is that the type of shareholder an S corp can have is limited, and again, that may limit growth. As indicated, S corporations limit the number of shareholders to no more than 100. Moreover, they must either be U.S. citizens or resident aliens. Other corporations, business entities, LLCs, partnerships, and trusts cannot be owners of an S corp. As such, raising money from outsiders is more difficult.

A C corporation (or C-corp) is a legal structure for a corporation in which the owners, or shareholders, are taxed separately from the entity. C corporations, the most prevalent of corporations, are also subject to corporate income taxation. The taxing of profits from the business is at both corporate and personal levels, creating a double taxation situation.

There are some very specific reasons to choose a C corp over an S corp as a legal structure.

If you are looking to create a company that you hope will go public someday, then this alone is reason to choose a C corp as your legal structure. Jeff Bezos, when he first set up Amazon in his garage in Seattle those many moons ago, started as a C corp. His vision, even then, was BIG.

The reason is that with a C corporation, there are no limits on ownership. You can have an unlimited number of shareholders and different classes of stock. Also, with a C corp, any number and type of entities or business structures can be stockholders:

In addition, preferred stock (meaning, stock that gets paid back prior to other common shares) can only be issued by C corporations. S corps can only have one class of stock.

‍C corps can issue various classes of stock, making that stock more desirable. Furthermore, given the company may go public, shares are more fungible and easier to buy and sell. Further, that the company may potentially go public is a nice inducement for angel investors.

C Corporations can also continue to print, sell, or otherwise distribute more and more shares. Yes, that can devalue the overall shares, but still, being able to have unlimited shares and shareholders means continued growth (hopefully!).

Additionally, fringe benefits are not taxable to C corps. Also, C corps are the only business type that can give to charity and deduct the cost of that donation up to 100 percent, so they got that going for them.

The biggest downside to having a C corp can be summarized in one sentence: C corps are taxed twice. Again, they are first taxed at the corporate level on profits. Then, when dividends are paid to shareholders, they are taxed again.

2. Not a Good Small Business Fit

With an S corporation, that same $100,000 would flow through to your personal returns, putting you in the 24 percent bracket. Thanks to the Tax Cuts and Jobs Act passed in 2018, small businesses can deduct 20 percent of their business’ income from their net income. That would put your net income at $80,000 and your taxes would then be 24 percent of that, which is $19,200 — as opposed to more than $32,000 for the same entity as a C corp.

So again, we see the advantage of the S for the small biz.

As you can see, while both types of legal entities have their pros and cons, it’s pretty easy to appreciate why the S corp is favored. Between a simpler and more beneficial tax structure, as well as a less complicated operating and ownership model, the S corporation is usually the way to go.

(Unless, of course, you would rather do nothing at all and get sued into oblivion!) 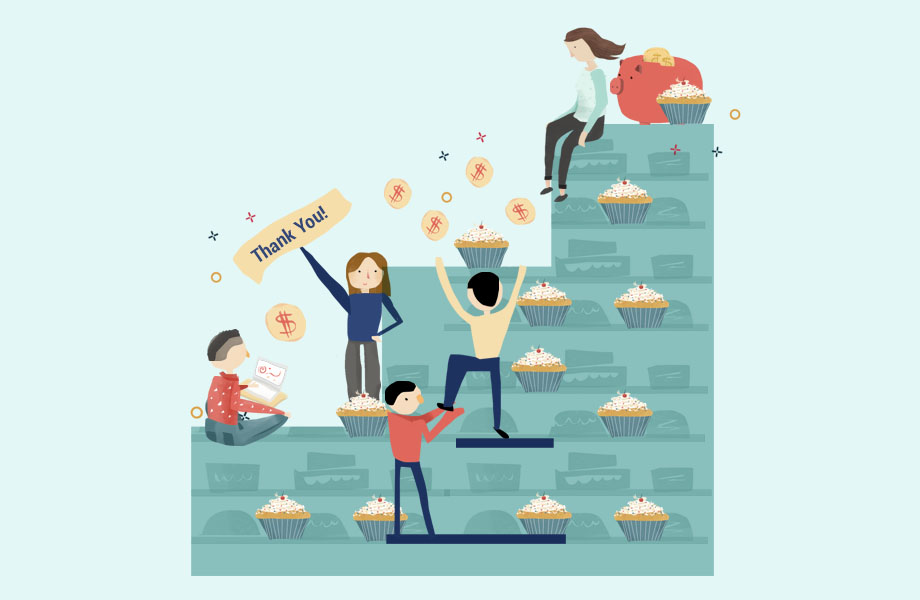 9 Strategies to Level up Your Business 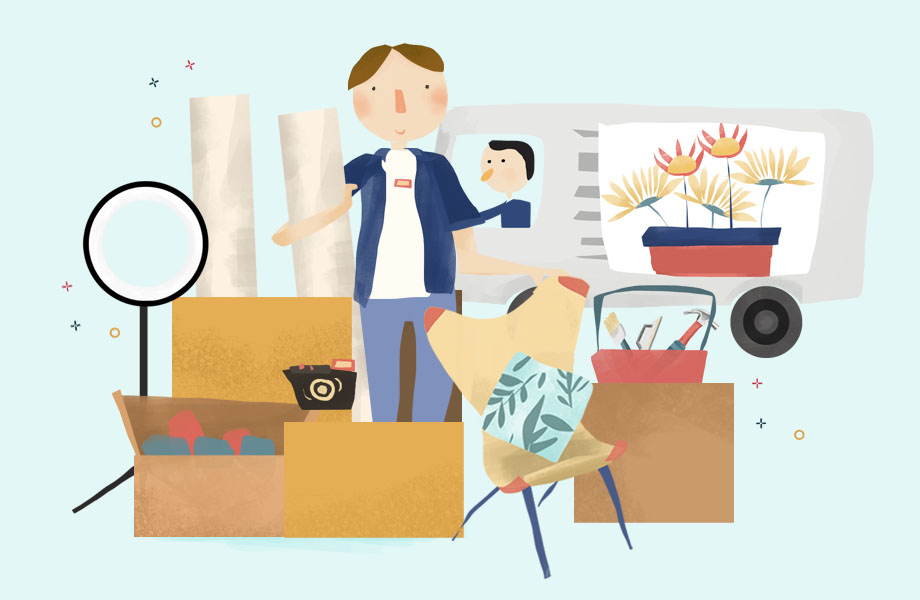 What Exactly Are Capital Goods? 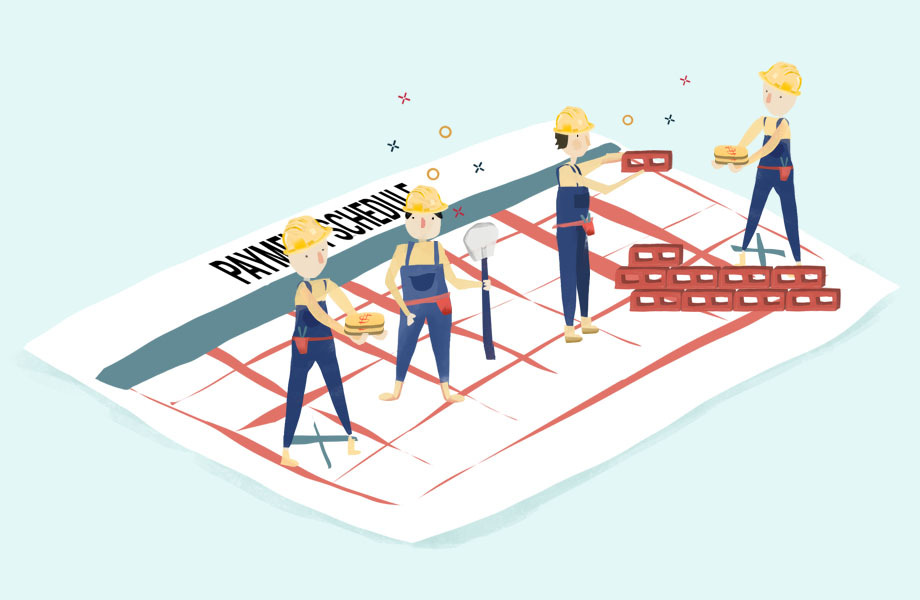 What Is a Construction Payment Schedule?