You probably pay the people on your team different pay rates. This is especially true in a tight labor market where a business will use pay and other perks to entice job seekers. No problem, right? Well, let’s find out.

The problem is that different pay levels and salary ranges can lead to something called wage compression (also known as pay compression or salary compression). ‍

Wage compression typically occurs when new hires are given salaries or hourly wages that are the same as, or more than, those of longtime employees. You can imagine the problem with company morale when the new team member is getting paid as much as, say, a long-time manager.

Experts say that if an employee’s pay is within 80 to 95 percent of that of their boss, the company has a potential problem as such minimal differentials are too close for comfort. Fortunately, there are a variety of strategies you can use to counter salary compression. But before we get into those, a little context is necessary.

There are a few main ways wage compression can creep into a business. Here are the top five to look out for:

As indicated, salary compression is often seen when new hires are paid the same (or close to the same) as long-time employees. This often happens in a tight labor market like we see right now, since employers use pay to entice top talent to join their ranks.

While a company’s standard pay rates can be a common reason for salary compression, that’s not the only cause. Here’s an example of this type of pay compression due, not to company policy, but government policy. In this instance, it’s an increase in minimum wage–which, by the way, is on the horizon for many states.

Let’s say that an employee in Seattle was hired a few years ago for $15 an hour. After a year, their pay had increased to $17.50. The employee might have liked that as Washington state’s minimum wage was $14.49.

Unfortunately, things look very different for that employee in 2022 after the city of Seattle decided to create its own minimum wage of $17.27 (due to the cost of living in that expensive city). As a result, the employer had both an unhappy staffer and a wage compression issue because the long-term employee was suddenly making almost the exact same amount as new hires, despite that employee’s much longer tenure and experience.

Pay compression can happen over time as salaries increase due to inflation. Especially right now and for the foreseeable future, this cause of wage compression is one employers need to be especially cognizant of.

Again, an example is illustrative:

A manager for a business might have been hired several years ago for $40,000 a year. Maybe over the course of several years, that manager got periodic raises that increased her salary to $45,000. Yet because of inflation, new managers at that company are now hired at the market rate of $50,000.

When a new manager is paid more than an old manager, you have a bad case of salary compression.

Companies that do not give regular pay increases are especially vulnerable to salary compression issues because new hires will usually end up making more than established employees. The solution to this pay inequity should be self-evident—companies need to make annual pay increases part of their compensation structure. Inflation, the cost of living in the area, experience, and performance should all be part of the pay equation.

There are times when certain skill sets are more in demand than other times, and at those times, pay compression can be the result. Being a social media manager, for instance, is a job that was not even part of the vernacular a few years ago.

A small business might therefore be willing to pay over and above their normal pay scale to get that position filled. And as you likely already surmised, the problem is that other employees would likely resent the new person, and probably the company as well (but hopefully, they won’t tweet about it).

You may be wondering, “Is wage compression even legal?” And the answer is yes. The basic wage rule that an employer must comply with is that they pay at least the minimum wage. Beyond that, anything goes.

Wage compression can affect a ton of different areas of your business. But how, exactly, can it do that? Here are the top consequences:

The obvious problem with salary compression is that it can have a significant negative effect on employee morale and the culture of the company at large. Employees who’ve worked at a company for many years may feel slighted by a new team member coming in and making the same (or nearly the same) as them.

What’s more–they may spread their frustration to other employees, who will in turn need to figure out how to respond to a disgruntled employee. That can take a lot of mental work and bring down team members in the process.

Pay compression can have a serious impact on individual and collective productivity. When an employee feels undervalued because he or she is not paid as much as a newer hire or a similarly situated employee, they will very likely not give their all. And when it is a group of staffers who feel unappreciated, the collective effect on the company could be very bad indeed.

Productivity could also be compromised if longer-tenured employees decide to leave. Experienced employees are difficult to replace—their institutional knowledge, learned abilities, and understanding of the company’s culture and processes are valuable and not easily duplicated. Doing so would take time, money, and resources. This sort of “brain drain” is a very real risk of pay compression. Low retention is a real possibility.

Another danger is that, as a result of the above, revenues can be negatively affected. This is especially true for a small business where individual staffers can be incredibly crucial to the bottom line. If you lose that star salesperson because you decided to hire a new salesperson at the same salary, there is little doubt that your revenues will dive.

How Do You Handle Wage Compression?

The first thing to understand when analyzing your small business’ wages vis-à-vis the going pay rate and pay range is that you need to be proactive. Don’t wait until you have a five-alarm fire situation. Instead, better, be on the lookout for smoke and small embers and then endeavor to put them out before things get out of control.

Here are the three steps to take to recognize, and remedy, pay compression:

This is Step 1 for a reason. Management should regularly conduct a wage and salary review in order to recognize pay gaps and remedy any pay equity issues. Ask yourself these questions:

Once your review of your pay structure is complete, the question then is, is it fair? Are older employees being paid enough? Are newer employees being paid too much? Are higher wages a solution? Are there scarce or specialized roles that will need filling with top-tier talent? How is the job market? Are there market conditions or competitors who need to be considered?

Your salary and wage compensation plan needs to be fair and equitable if you want harmony. In all likelihood, this means that you not only likely need to increase the pay for underpaid employees, but moreover, you might have to slow down annual salary adjustments and bonuses for higher-salaried staff members. (You can make it up to them with other lucrative, creative perks such as flextime, wellness benefits, and so on.) Fairness to new and old employees alike is the goal.

Step 3. Remember, Pay is Only One Part of an Overall Compensation Strategy

Yes, of course, a higher salary is what people want from work, but it also behooves us to remember that wages are only one part of an overall benefits package. This fact is especially salient for small businesses that often cannot afford to increase wages across the board to rectify a pay compression problem.

The solution here then is to address pay compression by being creative with your incentives and benefits package as a way to even the playing field. There are all sorts of other perks that you could offer team members as a way to “make up” for other employees being paid seemingly disproportionately more. Some include:

How Chipotle Dealt with Their Pay Compression Issues

The good news is that salary compression is not a death sentence—it can be fixed with a little forethought and planning. Engage your human resources department, analyze pay structures, and work on that pay gap (or lack thereof).

That’s what Chipotle did.

The Mexican fast-food chain was aware of the potential for disruption caused by salary compression. So it took action:

It conducted a thorough wage analysis of the company’s pay structure and found it lacking. To resolve the situation, it decided to make up for any discrepancies. It raised front-line restaurant employees’ wages to $15 an hour. And, crucially, it also decided on salary increases for managers and other long-time team members. Finally, to pay for these wage increases, Chipotle raised menu prices by four percent.

The first thing to notice that the company did right (aside from recognizing that they had a potential problem) was to analyze pay gaps and pay structures comprehensively, company wide. The main thing to focus on is whether new employees are paid at or near that of their supervisors. From there, you can take swift action with all the strategies we listed above.

Salary Compression is Actually an Opportunity, not a Problem

Noticing that your company has a pay issue is certainly not necessarily a deal-killer for your office. Indeed, it could be quite the opposite. By realizing you have this issue, you are being given the opportunity to show your staff that you care about them and about fairness and equity, and that you are committed to showing how much you value them.

Solve the problem and you will find that increased loyalty and productivity will be the result. 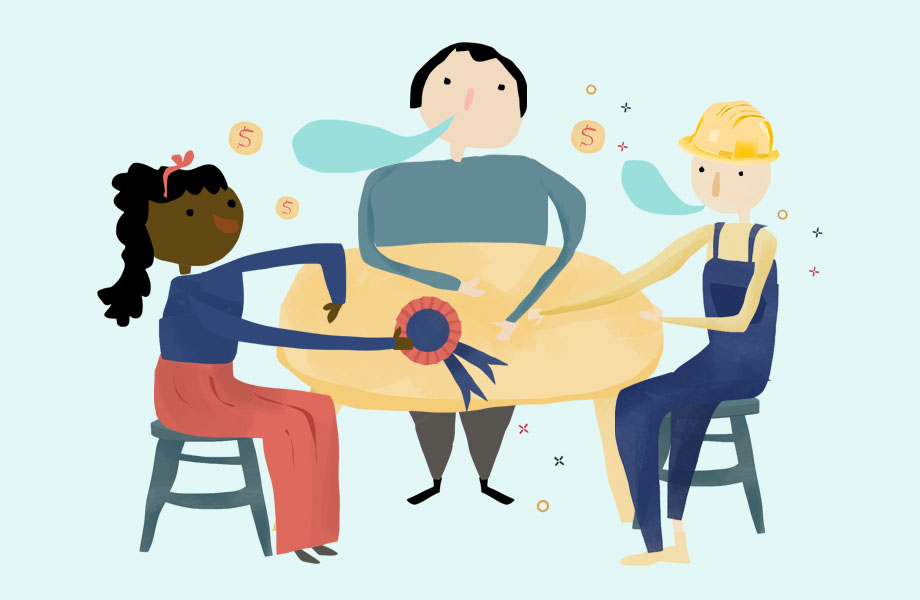 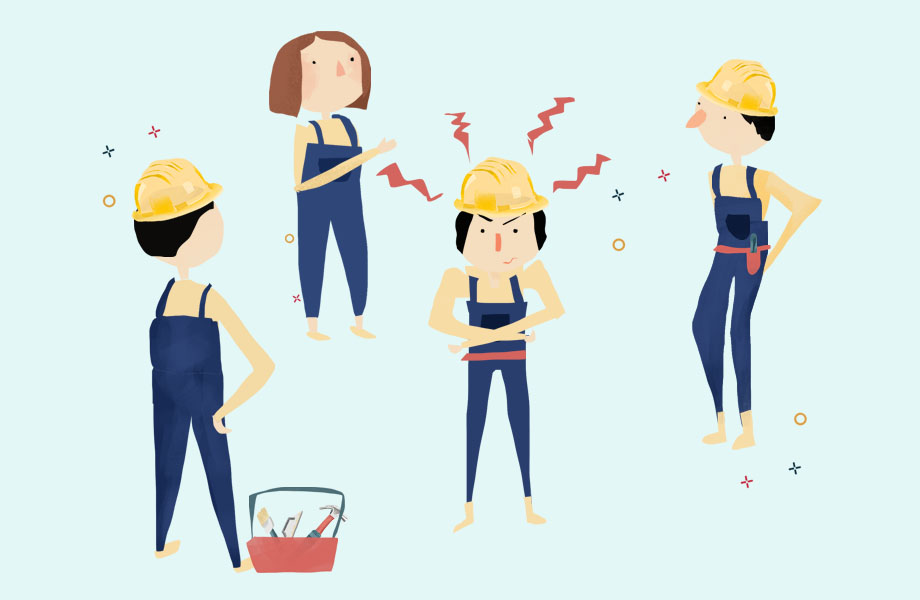 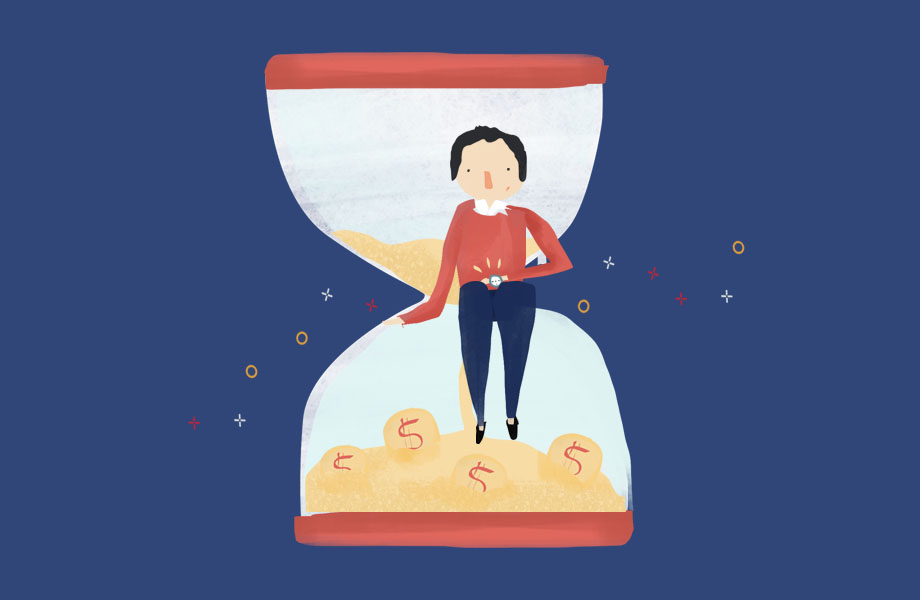 What Is the Right Amount of Time to Furlough an Employee?