Workers’ comp claims can be bewildering—especially if you find yourself involved in one. The first thing you need to know is this: There’s no strict timeline for resolving workers’ comp claims. You may be able to settle a claim in several weeks, or it may take as long as a few years before the claim is closed.

But whether you’re a business owner or an employee dealing with an injury, it pays to understand the process and how it may benefit you.

So let’s take a closer look at how workers’ compensation benefits work and do a deep dive into the settlement process.

What Is Workers’ Compensation Insurance?

Let’s start at the beginning with a definition: Workers’ comp is simply insurance that a business owner is required to have in almost every state in the U.S. This insurance covers medical costs, disability benefits, and lost wages for injured workers who are hurt while on the job.

When an injury occurs, a few things happen:

All that happens quickly. In many states, it must take place within 30 days. After that point, however, the process slows down considerably. The insurance company may make an offer of payment within a few weeks, or they may wait for a year or more.

Generally, workers’ comp insurance will pay out on a case anywhere from a few weeks after the accident to several years. Most take about 12-18 months, but this is impacted by a number of factors, including the following:

How Do Insurers Respond to Workers’ Compensation Claims?

Your workers’ compensation case may have several outcomes, depending on the severity of the injury, as well as the payment strategy of the insurer.

So what are the insurer’s options? These are the most likely:

How Often Do Insurers Offer a Settlement?

Settlements are the most common way claims are paid. No one in the equation—employee, employer, or insurer—wants to spend the time and expense associated with going to court. Having said that, it is not mandatory for the employee to accept the settlement that the insurer offers. Sometimes, the first settlement offer will be on the low end, and it may be better for the employee to wait and get legal advice before settling, even if it means incurring attorney fees.

Another factor to consider is the employee’s health at the time the settlement is made. One common benchmark used by health professionals and insurers is whether the employee has reached maximum medical improvement or MMI. This is when the injured employee’s health is at a stage beyond which it will not improve. In other words, they are now as healthy following their accident as they are likely to get.

During settlement negotiations, the participants will consider the employee’s MMI, since it is not in the best interest of the employee to accept a settlement that doesn’t take into account future medical expenses. If the case goes before a judge, they, too, will look at whether the employee has achieved MMI, as well as other factors such as wage loss, future wages, and any potential disability payments or impairments.

What Is the Highest Workers’ Comp Settlement?

A few workers’ comp benefits payments have been quite high. A case in California, for example, where a woman sustained a catastrophic brain injury during a work-related accident, paid out $11.3 million. But if you have been injured, it is unlikely that you will receive a payment of this size.

What is the Average Payout for a Settlement?

Keep in mind that your payment may include money intended for several different costs, including:

What Happens If There’s No Settlement?

If the employee and the insurance company can’t agree on a settlement, or if the claim is denied, the case may go to a workers’ comp hearing. This is essentially a trial in front of an experienced judge to determine a fair resolution. Both sides in the case will present their arguments while agreeing that they will abide by the judge’s decision.

If one of the parties is unhappy with the judgment, it is possible to file an appeal against the entire settlement or even just part of it. Usually, there is a period of time, such as 30 days, when an appeal must be submitted.

Once both parties have accepted the judge’s decision, it should take between 30 and 60 days for you to receive a payment.

How Do I Know I’m Receiving a Fair Settlement?

The most important thing to know when you receive a settlement offer from an insurer is whether the offer includes all costs related to your injury. That includes lost wages as well as future medical treatments—which can sometimes be hard to determine. You’ll want to work closely with your doctor so you understand if and how your injury will need to be treated in the future. A settlement that covers only your past medical expenses may leave you short of what is needed to fully cover your health costs.

If you receive a settlement offer very quickly, and if it seems incomplete or too low for your medical needs, you may want to make a counteroffer. It’s not uncommon for the claims process to include a period of negotiation between the insurer and the injured worker.

If you’re not sure whether the settlement you’ve been offered is fair, it might be time to consult a workers’ comp attorney who is experienced in dealing with claims. Usually, they will offer a free consultation so you can determine if you wish to work with them. They can help to write a reply to the settlement offer that includes a counteroffer of what you feel is a fair payout in your case. If necessary, they can also handle your case if it ends up going before a judge.

Coping with workers’ comp claims is complex. There are a lot of moving parts and it may take some effort—and a good dose of patience—to see a claim through to the best conclusion, whether you are an employee or a business owner. Claims can take anywhere from a few weeks to a few years to be settled, but the most important thing is to make sure they cover the injured worker’s needs.

It’s good to keep in mind that workers’ comp exists as a way to protect both employees from skyrocketing medical costs and business owners from the challenges of a lawsuit. That makes it one more “tool” in the workbox that can have a positive impact on businesses both large and small.

Not sure you fully understand workers’ comp? You’re not alone. Find out more in our Complete Guide to Workers Comp Payments.

How Long Does Workers’ Comp Last? 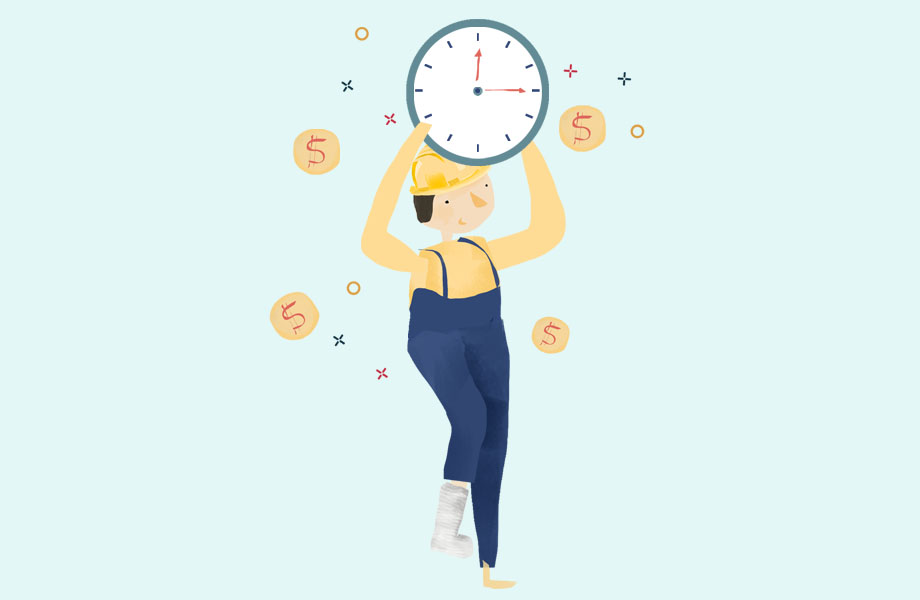 Does Overtime Excess Count as Wages for Workers' Compensation? 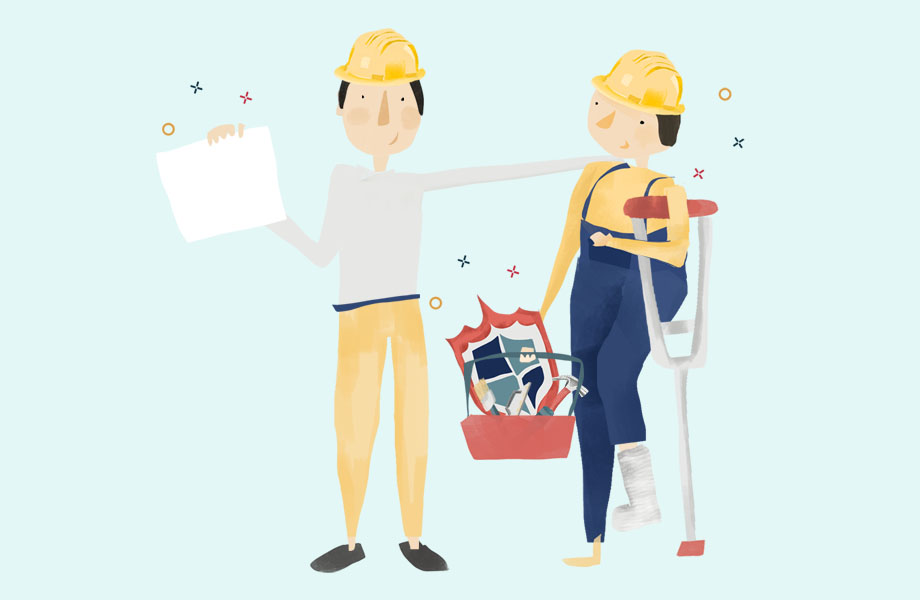 Workers' Comp for Subcontractors: Do They Need It?

By
Mary Van Keuren
8
min read
Thank you! Your submission has been received!
Oops! Something went wrong while submitting the form.