Running a business brings all kinds of responsibilities. One of those primary responsibilities is knowing just how financially stable your business really is. Of course, you know if you’re making a profit, but do you know how much profit? Do you need to cut down on unnecessary expenses? Perhaps you need to increase your operating income? Or maybe you need to do both.

One of the best ways to find out is to use financial ratios, like the operating leverage ratio. But what exactly is operating leverage and how can you calculate it for your business? We’ll go into all that and more—so keep reading!

What is Operating Leverage?

Operating leverage, or Degree of Operating Leverage (DOL), measures how your operating income is affected by your fixed costs, variable costs and your sales volume.

It helps you determine whether you have too many fixed costs—i.e., costs that stay the same, like rent or mortgage—or too many variable costs, which are related to actually making your products. Why is that useful? And how does sales volume factor in?

If you have a lot of fixed costs, your business will have more risk—because if there’s a downturn in sales, you’ll still have those expenses to pay. On the flip side, if there’s an upturn in sales—and most of your costs stay the same—you stand to gain substantial profit. If you have a ton of variable costs, that can be less risky. Why? Because if sales drop, most likely your variable costs will drop too since they are used for production.

With the operating leverage formula in hand, a company can see how different kinds of expenses impact their operating income. They can also see how a change in sales can affect them as well. But once companies have this information...what can they do with it? We'll go into all that and more next.

How is Operating Leverage Used in Business?

Now that you have a general idea of what operating leverage can tell you, how is it used in the business world? This metric is typically used for a few reasons:

How Do You Calculate Your Operating Leverage?

There are two operating leverage formulas that are the most popular. One uses a company’s cost structure information. While this information is available for those that wish to calculate their DOL internally, if you’re interested in calculating it for a competitor (which, by the way, you can do!), you’ll likely use the second formula.

Method One: Best for Your Own Business

The most straightforward way to find your operating leverage is by using the cost structure formula:

To figure out Stocky’s operating leverage:

What does this mean? A 10% increase in revenue would equal about 10.9% increase in operating income (10% x 1.09 = 10.9%). That means Stocky’s is making money and would see a solid cash flow with additional sales! Could Stocky’s make even more money by decreasing certain production costs? Could they, in a sense, increase their operating leverage?

If you want to calculate operating leverage for your competitors—but don’t know all the details about their finances–there’s a way to do that. This method uses public information–and can be helpful to investors as well as companies checking out their competition.

This method uses the formula:

With the chart below, let’s calculate DOL for one of Stocky’s T-shirts’ competitors—Wahoo T’s.

Step 1. First, calculate the percentage difference between your competitor’s current operating income and that of the year before.

Step 2. Next, do the same thing for their sales—find the percentage change between 2020 and 2021.

Step 3. Divide these two numbers by one another to get their operating leverage.

Stocky’s may want to look into ways they can cut production costs—and potentially increase fixed costs—so they can see higher revenue gains from their sales. Or Stocky’s may be pleased with their leverage and believe Wahoo’s is carrying too much risk.

Either way, one of the best ways to analyze DOL results is to compare your company with those in your industry. That will help you gauge if you have a healthy metric or need to think about making some changes.

What is a Good Operating Leverage?

Operating leverage can be high or low, with benefits and drawbacks to each. When given the choice, most businesses would prefer to have a higher DOL, which gives them more flexibility, though it also means more risk of profits declining from a drop in sales.

DOL also varies by industry. Some industries have a higher one, while others have a lower one.  According to WallStreetPrep, industries such as oil and gas and pharmaceuticals typically have high operating leverage, while professional services and retailers typically have low leverage.

Let’s look at both:

A high degree of operating leverage indicates that the majority of your expenses are fixed expenses. Though high leverage is often viewed favorably, it can be more difficult to reach a break-even point and ultimately generate profit because fixed costs remain the same whether sales increase or decrease. This means that the more fixed costs that a company has, the more sales it has to generate to earn a profit.

For example, a software company has higher fixed costs (i.e., salaries) since the majority of their expenses are with developing the actual software–not producing it. Why? Software itself doesn’t cost a ton to actually make. It’s usually just a link to download the product. But, if something happens to the economy, that software company would have a hard time paying their high fixed costs. They’d need to most likely lay off some of their staff.

That being the case, a high DOL can still be viewed favorably because investors can make more money that way. Since variable (i.e., production) costs are lower, you're not paying as much to make the actual product. So, in this example, if the software company's fixed costs remain the same, but a ton of people suddenly buy their software–they'd have a lot to gain in profits. Why? Because they didn't need to increase any production costs to meet that additional demand.

A low operating leverage isn’t a bad thing. A low DOL occurs when variable costs make up the majority of a company’s costs. In other words, most of your costs go into producing the actual product. This is often viewed as less risky since you have fewer fixed costs that need to be covered.

If the economy tanks, less of your product will be ordered. As a result, you’ll be producing less, and your costs for production will go down. And since you have low fixed costs, you won’t be out a ton of money you don’t have.

The downside is that profits are limited since costs are so closely related to sales. So if your sales go up, your costs go up. That’s why if investors like risk, they prefer a higher operating leverage.

What if your Operating Leverage is Less Than 1?

There are times when your operating leverage can drop below 1. For example, if your DOL was 1.25% in 2021 but dropped to .95% in 2022, it would mean your profit has decreased. In essence, it’s costing you more to produce something than you’re earning in profits.

A DOL of less than 1 may indicate that a company needs to reassess pricing levels or streamline operations to reduce per-product production costs. Whatever your operating ratio is, it should always be used with other ratios, like profit margin or current ratio, to gauge the full health of your company.

Operating leverage can help businesses see how their expenses and sales affect their operating income. Will incremental sales lead to more profit? How would a drop in sales affect you? And are there certain fixed or variable expenses that can be cut to get the most out of your current level of sales? What financial leverage do you really have? This metric can help you answer these questions, alongside other financial statements and ratios.

It can also serve as a useful resource for investors and lenders by helping them figure out how risky a business is upfront—and its profit potential. It's also used for comparing one business with others in an industry to see if they’re performing up to par. Finally, consistently calculating operating leverage over time can help you spot percentage changes from year to year and take action proactively. So now that know everything there is to know about this important financial metric, all that’s left to do? Start crunching those numbers! 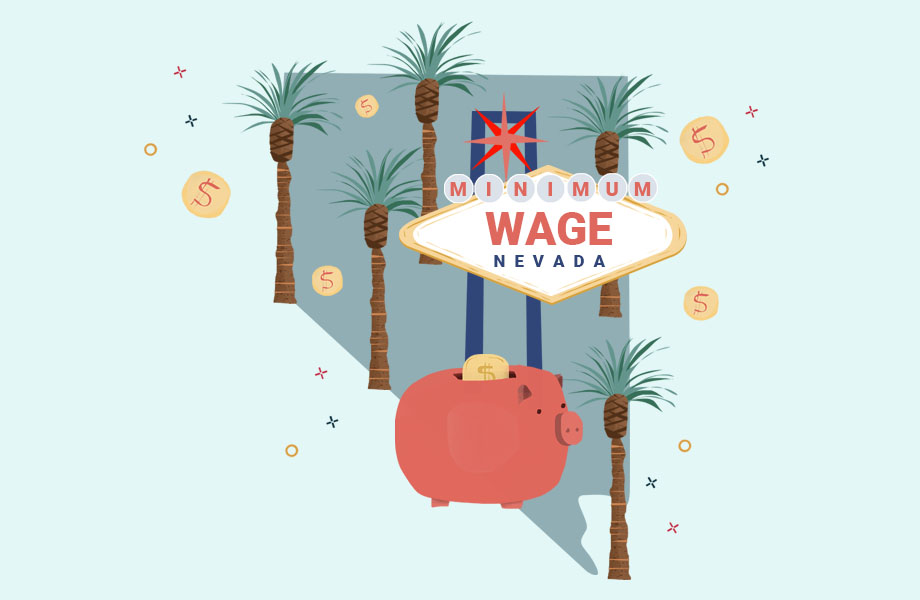 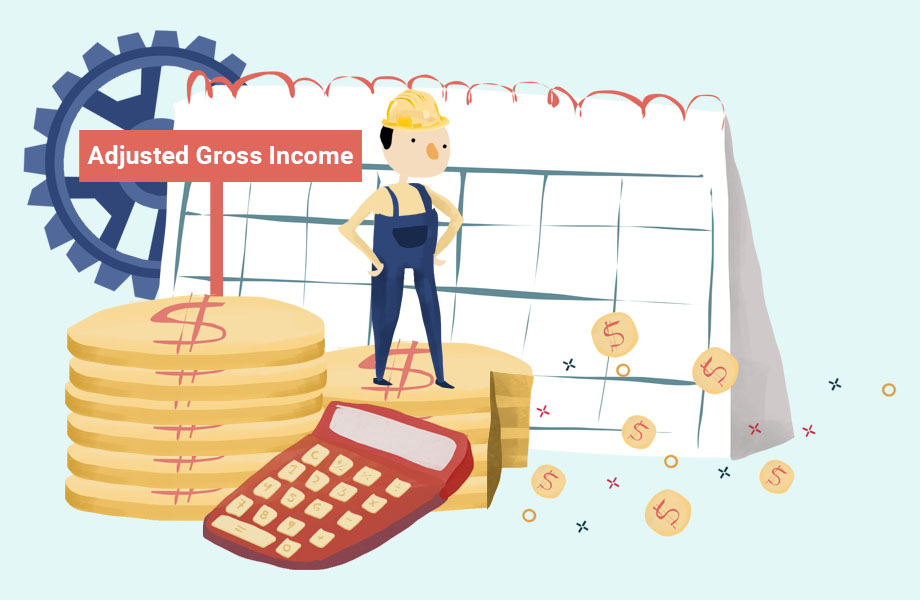 What Is Adjusted Gross Income and How to Calculate It 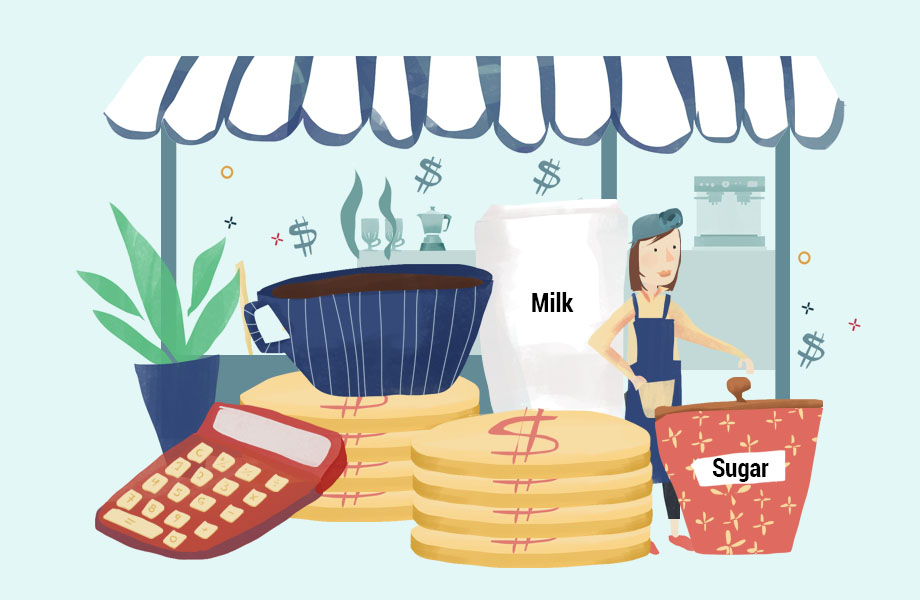 How to Calculate Gross Profit (Formula and Examples)