As a business owner, you want to create a work environment where all employees can thrive.

But there’s something that may be stopping you from doing that—even though you’re not aware of it. We’re talking about unconscious biases, and they can be extremely detrimental to the workplace.

But what, exactly, is unconscious bias? What are some examples of biases in the workplace? And how can you fight these biases at work—and create a stronger company culture for all of your employees?

What is an Unconscious Bias?

As the name suggests, most people aren’t conscious of their own biases. But those unconscious biases are still extremely influential in how they view and treat other people—and, depending on their biases, this can ultimately lead to prejudiced behavior and discrimination in the workplace.

These biases aren’t illegal in the workplace. However, if they lead to actual discrimination against an employee? That discrimination could certainly be illegal.

For example, if a human resources manager has an unconscious bias that women aren’t as smart as men and ends up hiring both a man and woman for the same job—but pays the man more based on his gender—that’s discrimination. And yes, it’s illegal.

Or let’s say your CEO has an unconscious bias that younger employees are better workers than older team members. Because the CEO is at the top of the company, that unconscious age bias can trickle down through the entire company, from how hiring decisions are made to how high-visibility projects are assigned to how older employees are treated by their managers. Recently, a manager recommended a promotion for a younger employee over an older one based on age. That’s certainly discrimination.

Bottom line? Unconscious biases lead to people making snap judgments about others—and then treating them differently based on those snap judgments (even if they aren’t aware of it). And in the workplace, this can lead to a discriminatory work environment—and serious challenges for the employees on the receiving end of the bias.

10 Examples of Unconscious Bias in the Workplace

There are as many forms of bias as there are people; depending on their past experiences, people can form unconscious biases around just about anything.

But there are some forms of bias that are more common—and more problematic—in professional environments. Some examples of the different types of unconscious bias in the workplace include:

Gender bias is a belief that one gender is in some way better or superior to the other. Gender bias can also manifest as a preference for a specific gender.

Gender bias shows up in the workplace in a variety of ways—for example, the gender pay gap. According to Payscale’s 2022 State of the Gender Pay Gap Report, when comparing compensation, women only earn 82 cents for every dollar made by men.

Some other examples of gender bias in the workplace include:

How to avoid: If you want to avoid gender bias in the workplace, consider creating a panel with equal representation from all genders (including gender non-conforming employees)—and have the panel review key company policies and practices and make recommendations to create more equality.

A racial bias is an unconscious assumption based on another person’s ethnicity or racial identity.

Racial bias can show up in the workplace in a variety of ways. For example, research from 2017 found that when African American and Asian applicants masked their names, they were more likely to land interviews than applicants who submitted resumes with their real names (also known as “name bias”).

Some other examples of racial bias in the workplace include:

How to avoid: If you want to avoid racial bias, make sure to prioritize diversity, equity, inclusion and belonging initiatives—including setting clear benchmarks for diversity hiring (and promoting diverse candidates into leadership positions).

Ageism is an unconscious belief about someone based on their age—which often results in age discrimination at work.

For example, a supervisor may see an employee as too young to get promoted into a management role—even though the employee is objectively qualified for the position. Some other examples include:

How to avoid: Think about how you can create paths toward leadership for all employees that work hard. Take a look at who is getting promoted or let go. If you notice a pattern based on age (or any other bias) work quickly to rectify that. Finally, one of the most common places you'll find this bias is in job descriptions. Make sure to take out language that says things like "new grads" or "younger perspective."

Beauty bias is an unconscious judgment based on someone’s physical appearance.

For example, one 2017 survey of hiring managers found that being overweight can have a huge impact on a women’s career opportunities. When shown photos of women with different body types, only 15.6 percent of the hiring managers said they would hire the woman with the largest body, with 21 percent of respondents saying she was “lazy” and “unprofessional.”

Some other examples of beauty bias in the workplace include:

How to avoid: Beauty is subjective. So, gathering a diverse group of people with different ideas about beauty can help to avoid beauty bias. (For example, if you’re concerned about beauty bias in the interviewing process, have all candidates interview with a panel of employees of different genders, ages, and ethnicities.) Other methods would be to start with a phone screen and/or have a structured interview process with a clear rubric or benchmarking assessments.

Some other examples of confirmation bias at work include:

How to avoid: Since different people have different ideas, judgments, beliefs, and assumptions, including multiple people/leaders in the decision-making process can help avoid confirmation bias.

Conformity bias happens when people adjust their behavior to fit in with the group around them. While this bias can be helpful in feeling out new social situations, it limits individuality, creativity, and innovation—all of which can be detrimental at work.

For example, if all the team members on a particular team stay quiet during meetings, and a new team member follows suit—even though they’re full of ideas they’d like to contribute? That’s conformity bias.

Some other examples of conformity bias in the workplace include:

How to avoid: Individuality is the opposite of conformity. So, if you want to avoid conformity bias, create a company culture that celebrates individuality! Reward people that go against the norm; those rewards will prevent people from conforming.

Affinity bias (also known as similarity bias) is when a person favors someone that is similar or familiar to them over someone they view as different or unfamiliar.

For example, if a recruiter strongly associates with their college, they may favor grads from their alma mater throughout the recruitment process—even if candidates from other schools are actually a better fit for the role.

Some other examples of affinity bias in the workplace include:

How to avoid: If you want to avoid affinity bias at work, create opportunities for different types of people to work together. For example, if you have a group of employees who all share similar interests, pair each of them on a project with an employee with completely different interests.

Attribution bias happens when you view someone’s behaviors and create a narrative about their character and intention—even though you don’t have all the facts.

For example, let’s say a manager has an employee that’s recently been missing deadlines. The manager may assume, “this employee keeps missing deadlines; they must just not care about their job very much”—but in reality, the employee was just diagnosed with a chronic illness and is struggling to take care of their health. That’s an attribution bias.

Some other examples of attribution bias in the workplace include:

How to avoid: At its core, attribution bias is about making assumptions. Encourage your management team to never assume they know why an employee is behaving in a certain way—and instead, to connect with the employee and find out what’s going on first-hand.

There’s a reason first impressions are so important. People have a tendency to place a lot of importance on the first information they receive about something. And when they receive future information, they use that first piece of information as an anchor to compare it to. This is called anchoring bias.

For example, let’s say you hire a new employee—and on the first day of work, they show up 30 minutes late. Even if they show up on time for the rest of their tenure at the company, because they were late on the first day—and that’s the first thing you learned about them—you may view them as unreliable. That’s an anchoring bias.

10. The Halo Effect and the Horn Effect

The halo effect and the horn effect are two sides of the same coin.

The halo effect happens when you make a sweeping generalization about a person’s character based on a single positive behavior, trait, action, or quality. For example, if you were to think, “Kevin volunteers after work; he must be a great person!”—that’s an example of the halo effect.

The horn effect is the opposite of the halo effect. It happens when you make a sweeping generalization about a person’s character based on a single perceived negative behavior, trait, action, or quality. An example of the horn effect might be: “My manager snapped at me during the meeting today; they’re such a mean, horrible person.”

Both the halo and the horn effect can be problematic. No single behavior, trait or action defines a person; viewing someone as “good” or “bad” based on a single interaction or observation can influence the way you treat them—and it can lead to problematic behavior (for example, passing over someone for a promotion because you think they’re “bad”—even though they’re the best person for the job.)

How to avoid: If you want to avoid the halo and horn effect, create an environment where managers and employees get to know each other more deeply (like working on different types of projects together, participating in team building activities, or assigning new or stretch roles for certain tasks). The more they learn about each other—and the different things they can do—the less they’ll feel like one-dimensional “good” or “bad” characters—and the more they’ll feel like the complex people they actually are.

Other Types of Unconscious Bias in the Workplace

Some other types of unconscious bias in the workplace include:

Why Is it Important to Fight Unconscious Bias in the Workplace?

Fighting unconscious biases in the workplace is important because it creates a more fair and inclusive workplace for all employees.

When you fight unconscious bias in the workplace, more of your employees will feel seen, recognized, and appreciated. Instead of fighting against other people’s biases, they’ll have a deeper sense of belonging and be able to engage in their work and connect with their teams—which can lead to a host of positive outcomes (both for the employee and the organization), including increased productivity, job satisfaction, and employee engagement.

How to Better Address Unconscious Bias at Work

If you want to create an inclusive company culture and empower your employees’ best work, you need to address bias at work.

But how, exactly, do you do that?

Let’s take a look at a few key tips that will help you better deal with unconscious bias in the workplace—and build more diverse teams and create a more inclusive, supportive, and equitable company culture in the process:

Use These Tips to Lessen Unconscious Bias in your Organization

Unconscious biases can create a challenging work environment—and your employees and your organization will suffer as a result. But now that you know how to acknowledge, identify, and handle bias, you’re armed with the tools you need to start fighting unconscious bias in your own organization—and create a more supportive workplace for all employees in the process. 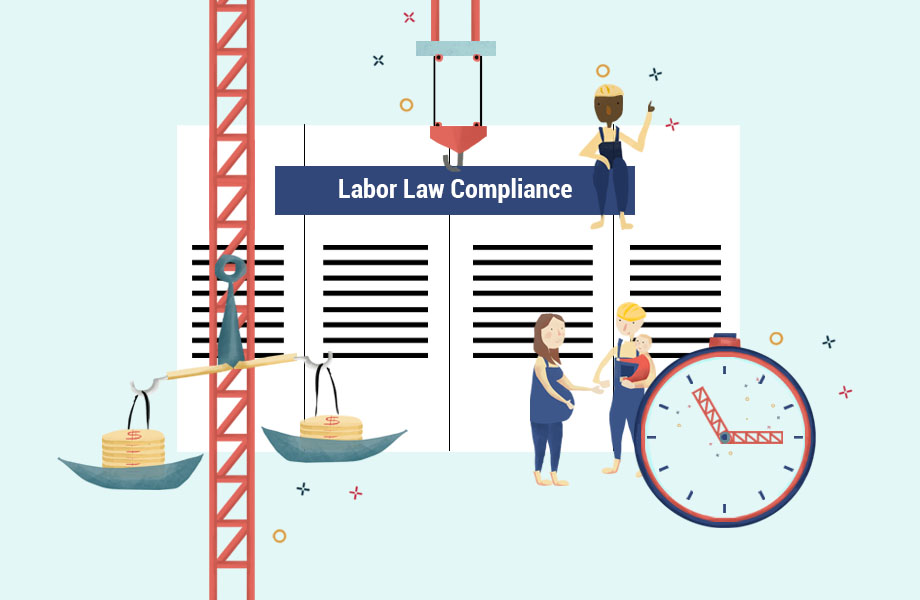 Is My Business in Violation of Labor Laws? 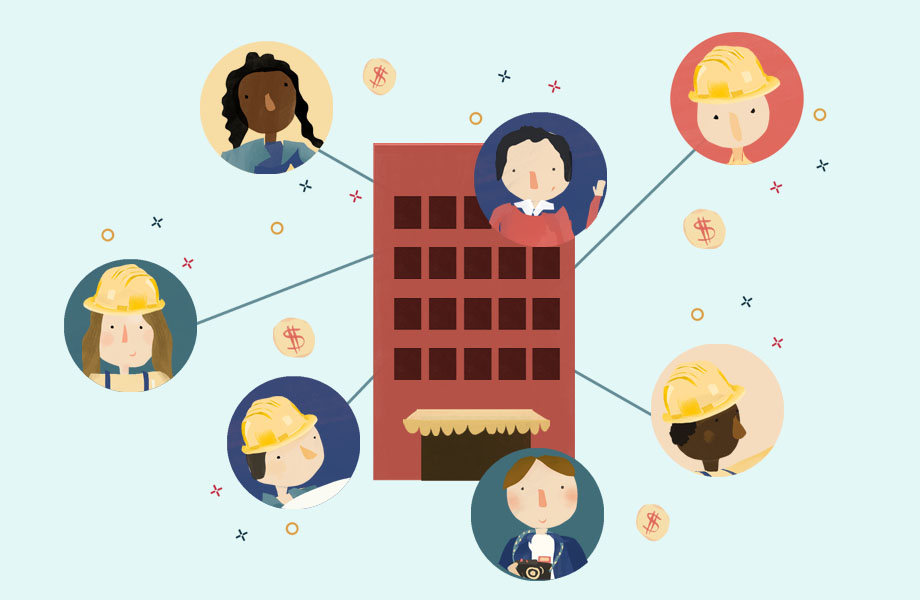 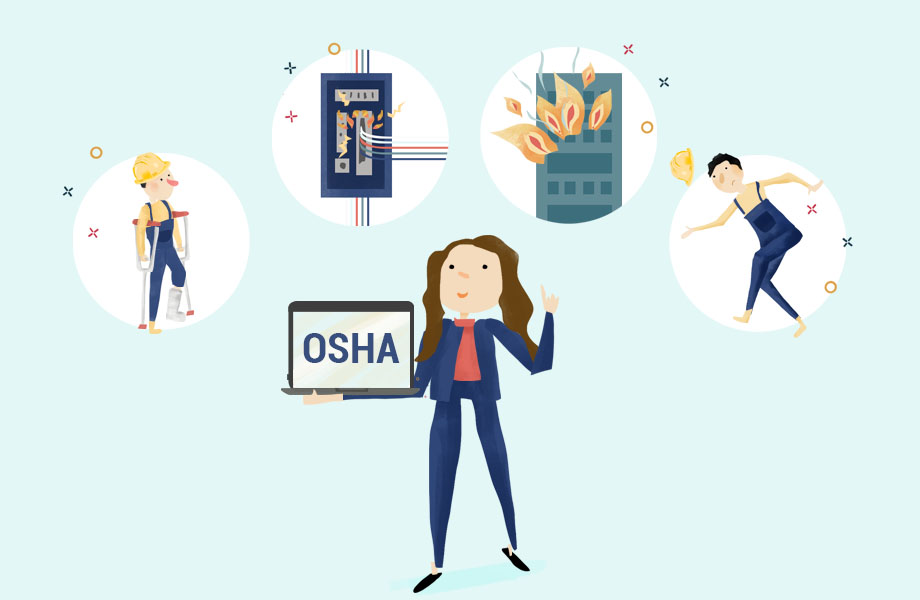 What is the OSHA 10-Hour Certification?

By
Ashley Chorpenning
5
min read
Thank you! Your submission has been received!
Oops! Something went wrong while submitting the form.